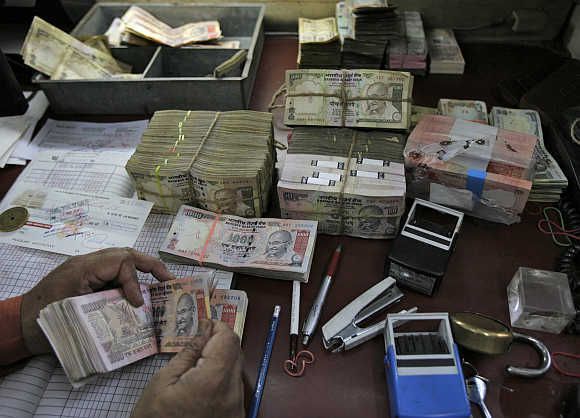 The Bharatiya Janata Party regime will have to make good on this election slogan to restore state-owned banks to health, says Rajiv Lall.

Minimum government and maximum governance was one of the more appealing slogans of the Bharatiya Janata Party's successful election campaign. How does this apply to our banks?

This is an important question that has profound implications for the long-term health of our financial system.

The relationship between the government and banks is a complex one. Governments the world over interfere in the functioning of their respective financial systems to varying degrees.

In lower income countries, government meddling in banking manifests itself most commonly through direct ownership. At one extreme you have China, where the banking system is overwhelmingly state-owned and remains an instrument of government policy.

In Brazil, the extent of public ownership in the financial system is smaller than in China but still significant. Aside from the two largest commercial banks that are used to deliver the government's most important social welfare schemes, the government uses BNDES, a development finance institution with a balance sheet that accounts for nearly eight per cent of the country's banking assets, to provide infrastructure finance.

In higher income countries, governments tend to stay away from direct governance of the mainstream banks now and rely on regulators instead. However, these governments do use direct control over specialised institutions that they own or are otherwise able to substantially influence to channel credit in support of development or social priorities that the mainstream banking system is not typically good at addressing.

In Germany, KfW's mission includes support to small and medium enterprises and municipal infrastructure, and it is funded through bonds issued outside the budgetary borrowing limits. Japan has its Housing Loan Corporation and Japan Post Bank.

In the US, Fannie Mae, Freddie Mac and Sallie Mae have been used (and abused) in an effort to make home ownership affordable to sub-prime borrowers and higher education more widely accessible through concessional student loans.  In India, the relationship between government and banks is multilayered and still rooted in the legacy of centralised planning.

In the early post-Independence years, the government felt the need for development finance institutions to help meet the capital requirements of heavy industry in particular. ICICI and IDBI were the original government-owned domestic financial institutions (DFIs) set up in the 1950s and 1960s.

These were followed by many more state- and central-level financial institutions. Although ICICI and IDBI have since become commercial banks, government-owned DFIs such as Power Finance Corporation and Rural Electrification Corporation, mostly focussed on infrastructure financing, have very large balance sheets that together account for the lending equivalent of nearly eight per cent of the banking system.

Second, nationalisation of commercial banks gave government direct ownership control over most of the banking system with the goal of facilitating mass banking and the flow of credit to agriculture and the rural economy.

Although a number of new private sector banks have gained in stature over past several years, almost 70 per cent of banking assets are still controlled by state-owned banks. Starting in the early 1970s, nationalisation was supplemented with a third layer of government intervention in banking.

This layer comprised a whole framework of micro controls that included district-level credit plans and targets, Reserve Bank of India (RBI) controls over bank branch expansion and location, and increasingly prescriptive regulations on priority sector lending that remain a substantial part of the bank regulatory apparatus almost two and half decades after the launch of economic reforms (1).

The consequences of this intrusive and elaborate apparatus of government engagement in the financial sector have been mixed.

First, public sector banks (PSBs) have undoubtedly contributed disproportionately to the substantial growth in bank branches per capita. Branches per capita have grown five-fold since the first wave of nationalisation and about 85 per cent of branches today are with PSBs (2).

Third, the system has been successful in maintaining advances to the agriculture sector at around 12 per cent of total advances, which is commensurate with the sector's share in GDP.

These are three important achievements, but they have come at a high cost.

The reality is that PSBs have had to contend with externally imposed constraints that have systematically disadvantaged them vis-a-vis their private sector peers. PSBs are subject to directives from the finance ministry that are explicit in the form of guidelines and through "undocumented suasion".

The latter has contributed in part to the escalating asset quality challenges of the banks (PSB support for cash-strapped state electricity distribution companies and agricultural loans that are waived by the political establishment are examples).

In effect, PSBs are subject to dual regulation by the finance ministry and RBI. All PSB board directors are appointed by the government based on criteria that are often not clear.

Handicapped by the lack of specialist skills, the quality of PSB board deliberations tends to be poor and focussed more on tactical issues than on providing strategic direction (3).

The average tenures of PSB chairmen and executive directors are very short, and the process of promoting talent to senior positions has become bureaucratised.

Compensation structures have also grown distorted such that they are inflated at lower levels of the hierarchy due to union pressures and are uncompetitive at senior levels - if senior management cadres are excluded, the average pay per employee in PSBs is actually higher than for private sector banks.

This has exacerbated skill gaps between PSBs and private banks. Whereas private banks manage vigilance quite effectively through internal enforcement, external vigilance enforcement in PSBs through the Central Vigilance Commission and Central Bureau of Investigation appears to have slowed decision-making and undermined risk-taking skills without curbing unethical behaviour.

It is hardly surprising that, as I pointed out in my last article, these banks now need Rs 2-3 lakh crore in equity capital over the next four years on top of their projected internal accruals just to ensure that they are Basel III-compliant (4).

The government could get away with not addressing these issues if, like the Chinese, it had the fiscal resources to recapitalise PSBs. But it does not have the same luxury. It has little choice but to rely on capital markets for the requisite funds. But why will any private investor support Indian PSBs that continue to be subject to a governance model that has systematically eroded their financial health?

Clearly, if we are to restore our PSBs back to health, we need to figure out ways to minimise direct government intervention in their management and improve their governance. More next time on how to get this done.

The writer is executive chairman, IDFC.

1 Evolution of Banking In India, RBI Report on Currency and Finance, 2008
2 Banking Structure in India: Looking Ahead by Looking Back, D Subbarao, August 2013
3 Report of the Committee to Review Governance of Boards of Banks in India, May 2014
4 "Calling PSU banks to account" (August 5) 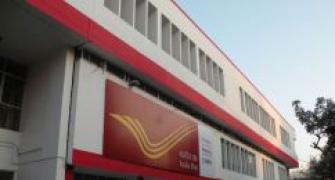 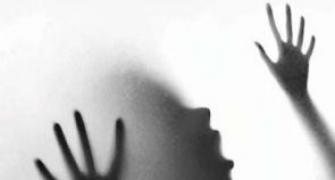