News
Business
Movies
Sports
Cricket
Get Ahead
Money Tips
Shopping
Sign in  |  Create a Rediffmail account
Rediff.com  » Business » How localisation is the key to India's growth

How localisation is the key to India's growth

There is a new energy in 2015 and a new breed of young, ambitious innovators and entrepreneurs who are coming up with creative solutions to many of India’s problems, says Mallika Kapur. 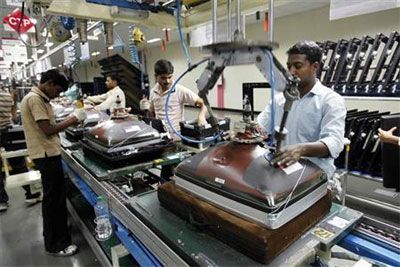 India is unique. I often cringe at clichés but not this one because I am convinced it is true. It just is. India’s people, culture, politics, even its problems, are all unique. And as I learned while traveling for CNN’s Growing India series, so are the solutions.

I’m not talking about jugaad – loosely translated as an Indian’s ability to hack or make do with what he or she has. India is moving beyond frugal innovation. There is a new energy in 2015 and a new breed of young, ambitious innovators and entrepreneurs who are coming up with creative solutions to many of India’s problems. There are examples everywhere, be it in the auto sector, tech industry and the worlds of entertainment, food or fashion. And it can be summed up in one word: localisation.

They may have borrowed ideas from the West but the implementation has to be hyperlocal, says Anand Subramanium, director of marketing communications at Ola, one of India’s most valuable startups. Ola is a home grown Indian cab aggregator company that works in much the same way as cab hailing companies in other parts of the world – with a few crucial differences. It's been allowing consumers to pay for their rides in cash, something Indians prefer. Commuters can also book an auto rickshaw via the Ola app which features 11 different regional languages. Being local allows Ola to think locally – and that’s what gives it its competitive advantage. Ola has bagged around 80 per cent of the market – far ahead of its competitors. 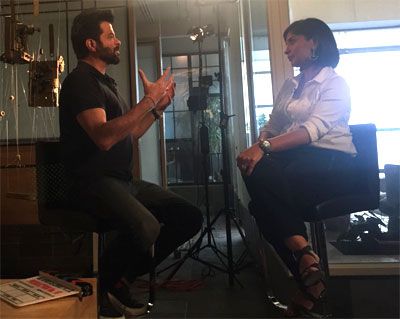 A Micromax phone doesn’t have many snazzy features typical of an iPhone but it’s got what the Indian consumer needs: Internet access, a long battery life (to account for power outages), a dual sim option (so you have an alternative when one service provider doesn’t work) and above all, it is affordable. Some entry level Micromax smart phones cost just $50 (apprx Rs 3,300). "Our target bulls-eye audience is India's young, middle class youth," Micromax CEO Vineet Taneja recently told CNN. "They are savvy, young, and hungry to be connected, but they don't have enough money for an iPhone."

Affordability is one thing. Preference, another. “People have to identify with it,” says Anil Kapoor (left), a veteran Bollywood actor and producer who has made a name on the international circuit with roles in Hollywood films. Kapoor, who starred in the hit US thriller TV series “24” made the Indian version of it (it’s now going into its second season) and recently bought the rights to adapt the popular American show, “Modern Family,” for the Indian market. Gone are the days of simply dubbing an American show in Hindi and airing it in India. “If you localise for any country, they will want to see their own actors, they will want to see their own culture, they have to understand it,” Kapoor says. “I cannot make Modern Family as it is.”

And what does an Indian Modern Family look like? One that wants custom made Indian solutions to its very unique Indian problems. Multiply that family times a few hundred million, and you understand how important that growing market is to India, and the world.