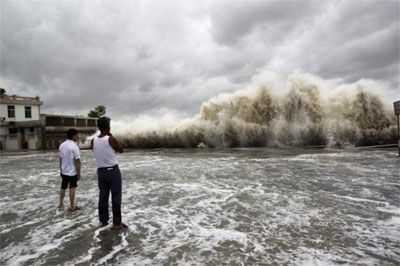 Who won at Paris -- the developed countries, the developing countries or the French host -- asks Nitin Desai

The Paris Agreement on climate change has been approved by the 195 nations involved, after four years of arduous negotiation.

It has been welcomed by the exhausted officials who negotiated it, described as a middling good outcome by the global media, and criticised by activist non-governmental organisations as inadequate and unfair, particularly for the way in which it accommodated US and other developed country concerns.

As someone who was involved in managing similar UN-based negotiating processes, I can say that this description of the outcome of the Paris meeting fits the outcome of virtually all such processes.

And the reason for this uniformity in the reaction is simple.

The officials who negotiate these texts  invest so much time and effort in the exercise that they develop a sense of ownership and will defend even clumsy texts out of the pride of authorship.

One reason why all of these processes go into overtime is because delegates who have instructions to oppose any crossing of the red lines their capitals have laid down, need the defence that they held out as long as they could -- but, in the end, had to accept the consensus.

The governments which join in the consensus have to welcome the outcome to justify their own acquiescence.

This is made more palatable because delegates try and make sure that some phrase held dear by their political masters, for instance 'climate justice', is included somewhere in the text even if it has minimal operational significance.

The disproportionate influence of the developed countries on the outcome is due to their greater solidarity in resisting demands from the developing countries and the effort they expend on influencing the intellectual inputs into the preparatory process.

The US is able to play the role of the playground bully because their participation in the outcome is essential and their willingness to hold out and be in a minority of one gives them de facto veto power.

I predict that in the next major climate negotiation, probably in the mid-2020s, China will play this role.

Media description of the outcome as good in some parts and not so good in others reflects the fact that accommodating the diverse concerns of widely different national interests of almost 200 countries in a consensus document necessarily requires compromises.

These compromises are what upset single issue-oriented activist NGOs, who feel betrayed because of their belief that their advocacy is the reason why governments are willing to negotiate and act.

How should one judge the outcome of this process?

In Greek mythology, the Judgement of Paris involves a beauty contest between three goddesses.

So who won at Paris -- the developed countries, the developing countries or the French host?

The French government ran a transparent process and Laurent Fabius retained his standing as an honest broker. In the run-up to the meeting, President François Hollande worked diligently to lobby other leaders and the authorities in Paris and French diplomatic missions, including in Delhi, invested a great deal of time, money and political engagement in meetings, seminars and high-level contacts.

Every participating country had to cross some red line.

The French made them do that -- and they are the winners. Of course, the Judgement of Paris did lead to a disastrous war!

There is now a great deal of parsing of the Paris Agreement and what we have lost, protected and gained. Many details of the agreement have still to be worked out and those who think they have lost will try and claw back lost ground.

But I believe the crucial task now is to work out the impact of the agreement on how we pursue  development.

The most important impact is on our energy options.

Taken together, the endorsement of the 1.5°C goal, the explicit recognition that what has been offered so far is not adequate even for the 2°C goal, and the obligation to undertake five-yearly reviews with “a progression beyond the Party's then current nationally determined contribution”, imply that mitigation commitments will go up for all countries.

The agreement also requires that by 2020 we formulate a long-term low greenhouse gas emission development strategy centred around the mid-century. It proposes peaking as soon as possible and net carbon neutrality in the second half of the century.

To fulfil this, we have a starting point in the report of the Low Carbon Strategy group which provides a framework for action up to 2030.

The five-yearly revisions of our offer for 2030 will require a more or less continuous effort to keep the low-carbon strategy under review and to justify our dependence on coal -- which is already under attack.

Our real challenge will be for a credible story for the period beyond 2030, particularly the long-term goal of net carbon neutrality.

A strengthened focus on clean coal technologies may help a little. But carbon neutrality will require stronger demand-side management, an accelerated nuclear programme, more hydro power, and an even more ambitious drive to promote renewables and carbon sinks.

The numbers projected in these long-term scenarios are fables.

The real value is in working out what we need to do now for technology and capacity development. The credibility of our projected long-term scenario will rest on whether we, and that means both the government and corporate sector, are investing at scale in research, design and development of the required technologies.

Our sponsorship of the International Solar Alliance and membership in the Mission Innovation directed at the development of clean energy technology are steps in the right direction.

Climate change and energy are going to be the key challenge for development strategy and global geopolitics in the decades ahead.

The deep message of the Paris Agreement is that the future will belong to those who have command over low-carbon energy technologies. 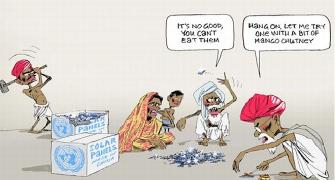 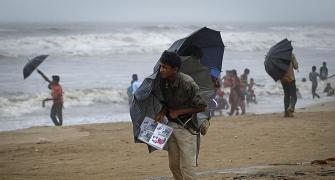 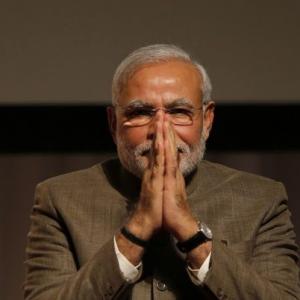 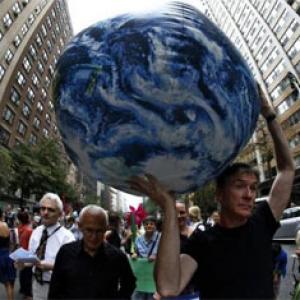