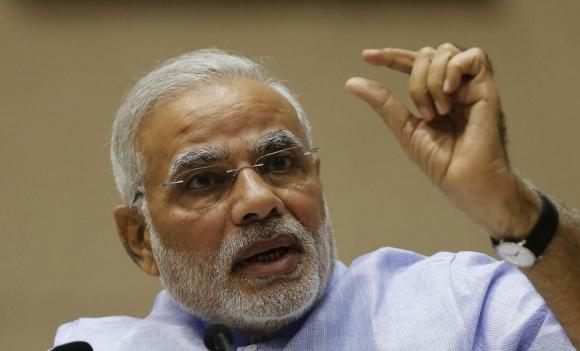 Modi government's mega scheme 'Jan Dhan Yojana' is aimed to provide financial independence to the lower strata of society, but experts say this initiative will work only if there is a robust delivery system in place.

One of Rajesh Singh's friends went from Delhi to Birpur, a small town in Bihar's Supaul district bordering Nepal, with few hundred rupees and an ICICI bank debit card in his pocket to attend a family function.

Being accustomed to the reliability of automated teller machines (ATMs) to dispense cash at any hour, he never worried about the expenses he was to incur at the function the next day.

However, upon arrival at the small town, he got the shock of his life when he was told that all the three ATMs in the town were out of order and were going to remain so for the next few days.

"My friend had to ask his acquaintances to lend him Rs 25,000. I could sense that he was not comfortable, more so because he was not in a position to pay the money back quickly," said Birpur resident Rajesh, recalling the events of the evening he spent with his friend running around to arrange the money which could easily have been withdrawn from any of the ATMs.

"My experience is that all the ATMs in and around Birpur rarely work," Rajesh added. And in places where they do work, cash runs out within minutes. "ATMs are stuffed with cash once a day, sometime around 10 am.

And there is a long queue outside to withdraw money. Within 30-40 minutes ATMs run dry," said Avinash, a resident of Triveniganj, another small town in Bihar, 40 km from Birpur.

The problem is set to grow following issuance of 75 million new RuPay cards in the next six months with the launch of the Jan Dhan Yojana.

In addition to the problem of long queues at ATMs, there would be the problem of guiding new cardholders, especially in rural and semi-urban areas, on how to use those cards, some bankers told Business Standard. "Biometric cards, though costly in the beginning, are very simple to use.

And they mitigate the risk of theft or fraud. RuPay cards will entail a lot of guiding from banking staff to new customers. That may result in hiring caretakers at ATMs who will help customers.

Then there is the risk of pin-based cards being misused," said a middle-level banker with a leading public sector bank. Biometric cards prevent duplication, which is not the case with the RuPay card at the moment.

"There is competition among branches to open accounts. With the Reserve Bank of India mandating that a single proof of identity is enough to open an account, people with multiple identity cards are opening multiple accounts. And all new accounts are being opened under the Jan Dhan scheme, irrespective of income category of the people opening them," said a banker with a public sector bank working in Delhi.

According to Reserve Bank of India data, the country had 17,844 ATMs in rural areas and 19,327 ATMs in semi-urban areas at the end of March 2013. Most of these areas are served by state-run banks.

And many of them face disruptions due to failure in satellite linkages and poor broadband connectivity. Bankers in charge of running the ATM network say that while in urban centres, faulty machines can be rectified in eight hours, the resolution takes seven to eight working days in remote locations.

On ATMs running out of cash, officials say banks earmark an amount for a region, which is revised only during the festival season.

The amount has remained the same despite the number of customers and the size of the ATM network growing, they add. The country had a network of 95,686 ATMs at the end of March 2012. The number increased to 160,055 by March 2014.

A creaky ATM network is not the only problem in towns and villages.

The sense one gets after talking to bankers and customers in states like Bihar, Uttar Pradesh and Madhya Pradesh is that the branch network, especially of state-run banks, too needs a major infrastructure lift. "Our branch is running without an electricity connection for a year now.

There is a limit to how much service we can offer without basic facilities like regular power supply," said a branch manager with a leading public sector bank posted at a place 100 km from Bhopal.

As a result, customers end up spending a lot of time on services like withdrawing or depositing money.

"I operate a current account in the main branch of Punjab National Bank in Hapur. There is such a rush that I spend a minimum of two hours to withdraw or deposit money," said Ajay Tyagi of Hapur in Uttar Pradesh.

Then there is the problem of frequent disruption in broadband connection stalling transaction in branches for hours.

"My uncle had to sell a piece of land and execute a sale deed in the registrar's office. He was in a real hurry as he does not stay here but needed money urgently. Before executing a sale deed you need to deposit money for stamp duty and other charges in an authorised bank and get the receipt. My uncle nearly missed executing the sale deed as the banking operation was disrupted that day because of a link failure," said Shekhar Chaudhary, a resident of Ganpatganj, a small town in Bihar's Supaul district.

And link failure is a recurrent problem in many branches in small towns and villages. While the bank network expanded by 18,346 in financial years 2011, 2012 and 2013, the country saw an addition of 108 million basic savings accounts in that same period.

"The growth can be easily managed if alternative channels of banking work efficiently. However, because of poor financial literacy and consequent apprehension about alternative channels, many people like to visit branches for basic transactions," said the middle-level banker.

Image: Prime Minister Narendra Modi speaks during the launch of the Jan Dhan Yojana, or the Scheme for People's Wealth, in New Delhi August 28, 2014.

Get Rediff News delivered into your Inbox.
Mayank Mishra
Source: 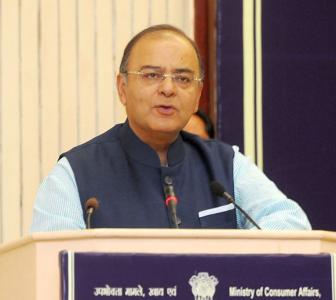 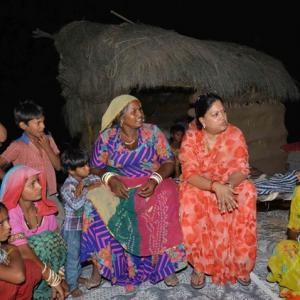 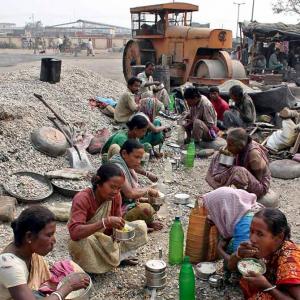