India, China moving in right direction? Both must be more proactive 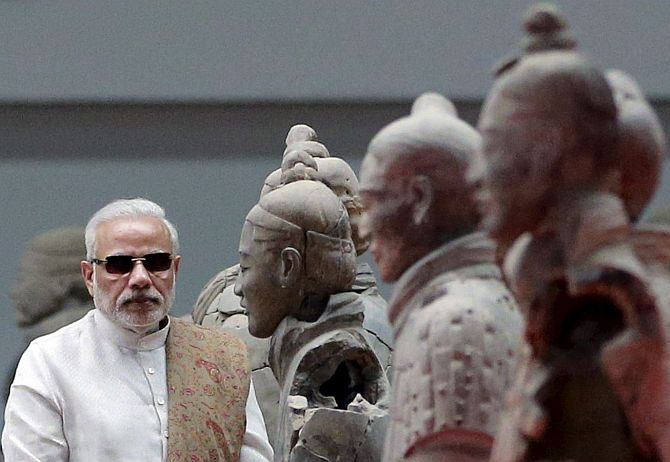 The ecosystems of India and China today jostle against one another across Asia and much of the world.

Former Prime Minister Manmohan Singh said soothingly that there is enough space in the world for both our countries.

Or shall we go with James Bond and say 'The World is not Enough'? Whatever one's inclination, we witness greater engagement between Indian and Chinese businesses, in pursuit of export markets and overseas direct investment (ODI) opportunities than before. India's burgeoning economy is just one-fifth of China's, yet faces a dilemma: how to cohabit, cooperate, challenge and compete with this powerhouse?

What cards does India hold, to play the game to its advantage?

China's $4 trillion reserves are now mobilised in search of viable, productive investment avenues; locking them in US treasuries was never to Beijing's advantage.

Now billions are being disbursed to state-owned banks, the BRICS Bank, the Asia Infrastructure Investment Bank, and foreign countries, some as grants, most as loans.

Be it in Central Asia, the Indian Ocean region, Africa, Latin America, or the immediate neighbourhood, India simply cannot offer funds on that scale.

Our migration is much smaller, partly because Indians do not have that 'eat bitterness' willingness of the Chinese (Business Standard book review, November 14, 2014).

But we have other assets that call for astute mobilisation. We need a cogent strategy, internalised and integrated, involving inter-ministry, public-private harmonisation, i.e. work as 'India Inc.'

What might be the features of such a plan?

First, make strategic investments in the neighborhood, via grants, loans, and credits, focused on projects that build connections that help India, and assets that our entities can utilise.

A new airport in Mauritius or a pipeline in Myanmar is not for us - but if we commit, we must execute with precision.

Indian aid commitments currently run at around $6 billion, which is enough to fund projects that fit our strategy.

The key is implementation: the just-completed housing project in North Sri Lanka is a model of rapid, imaginative implementation.

Let us multiply such successes. Second, India is too big to run its external economic engagement exclusively from New Delhi.

The meeting held in Beijing on May 15, of Indian chief ministers and Chinese provincial governors was a first for India; China's provinces are proactive in scouring the world for FDI, ODI and business. India annually receives around ten or twelve Chinese provincial business delegations, four or five from the German lander, and several more from US states.

(This is called 'sub-state' or 'para' diplomacy). Hitherto our CMs mainly went abroad to drum up diaspora constituencies. But last week the Gujarat CM, staying on after PM Modi's visit, sought out mainstream Chinese investors, in China and Hong Kong.

In 'new' Andhra Pradesh, Chandrababu Naidu has won rare support from Singapore, which has created a special mechanism for its Andhra engagement.

Even today, DPA needs better inter-ministry integration to harmonise all aid and technical cooperation programmes, plus more staff. DPA can also set its sights higher by targeting 100,000 foreign technical trainees annually - we have the capacity, plus the latent external demand.

Imagine: for the MEA, the cost equivalent of a single Rafale fighter would end the penury that the Indian diplomacy establishment today confronts, which inhibits foreign engagement.

Fourth, in Ethiopia and elsewhere, where many Indian and Chinese projects run in parallel, India scores in transfer of technology, use of local skills, and job creation; we do not use overseas projects as a cover for Indian labour, nor do we push long-term migration, unlike China.

A number of African states understand this. Let us build on this, projecting India's technology adaptation experience as a special USP.

Fifth, linked to the above, entrepreneurial Indian private enterprises are an asset that China finds hard to match, with its state-owned enterprises that take the lead abroad, plus state-guided private companies.

Can we further 'liberate' our companies from over-regulation, and spur them to move forward across Asia and elsewhere, acting in more dynamic fashion?

Business too has to learn to work with embassies that are now knowledgeable on the ground scene and can act as guides; when this is not done, it leads to misreading of the local ethos, as happened with a steel project in Bolivia.

Further, why should MEA not have a set of awards for India's best contributor to an overseas 'national brand'?

That is the way to go - compete, but also cohabit where feasible.

Finally, blending economics, politics and the rest, we now need a master plan that brings alive the current rubric of Indian foreign policy. 'Strategic autonomy' and 'Non-Alignment 2.0' were elegant excuses of a past time. Why not a clear framework of external goals, through which we address partner countries, near and afar?

This week, a bunch of Singapore friends, in New Delhi for one more of our 'strategic dialogues', told an Ananta Aspen meeting: India should act with self-confidence; why does it fear more active engagement with Asean, or on the wide economic framework RCEP? One might add: we go to global meetings with 'red lines', steeled in a defensive mindset.

What about 'green lines', setting out what we ought to achieve, working with others in more dynamic fashion?

Indian negotiators are among the best, as peers acknowledge; the civilian nuclear deal and climate change issues bear witness.

What is needed is a more proactive mindshift, anchored in better teamwork with home state and non-state stakeholders, and a visionary grand design.

Kishan S Rana is honorary fellow at the Institute of Chinese Studies in Delhi. 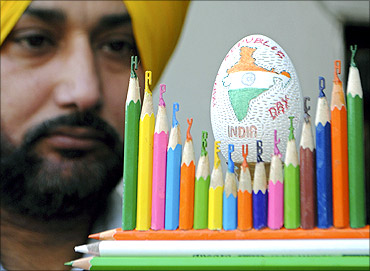 E-commerce war hots up as Chinese take on Indian products