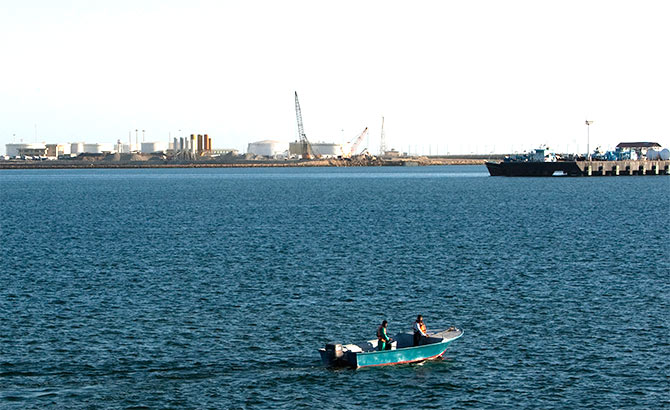 My archives on India-Iran relations include a clipping from DNA newspaper from Mumbai, going back to May last year. It is a Press Trust of India report, Iran’s Chabahar port to be operational by December 2016: Nitin Gadkari, based on an exclusive interview with the Union minister of transport, coinciding with his visit to Teheran to finalise the Chabahar project.

Gadkari was quoted as saying, ‘Work has started on the Chabahar port. There is a joint venture of Kandla Port Trust and Jawaharlal Nehru Port Trust… We will start port activities in a year or a year-and-a-half… I have given the orders to bring out tenders for purchasing cranes for the port. An agreement will be signed within a month.’

Last week, however, when PTI took another exclusive interview with Gadkari, it transpired that the goal post has been shifted. Gadkari said: ‘The work on the (Chabahar) project will begin soon once the tender is over.’ He was speaking after holding a ‘trilateral’ with his Iranian and Afghan counterparts in New Delhi (according to the Times of India).

A sense of unease arises. What is going on? Will Chabahar container port ever see the light of day? As far back as February, the Union Cabinet had given approval for the proposal by the ministry of shipping for provision and operationalisation of credit of $150 million from EXIM Bank for the development of Chabahar port. The PMO website took note of the rationale behind the cabinet decision:

Chabahar Port lies outside the Persian Gulf in Iran and will help in expanding maritime commerce in the region. India is negotiating this project to facilitate the growing trade and investment with Iran and other countries in the region, notably Afghanistan and also to provide opportunities to Indian companies to penetrate and enhance their footprint in the region.

Indeed, Chabahar is the most strategic project that India ever undertook abroad. It is a lynchpin that could hold together on a single platform our diverse yet inter-related policies toward three key countries to the west in our extended neighbourhood -- Iran, Pakistan and Afghanistan. The Chabahar region is fast shaping up as the epicentre of the geopolitics of the Southwest Asian region where the strong undercurrents in regional politics over Giligt-Baltistan, One Belt One Road, CPEC, Baluchistan, Gwadar, etc crisscross. In fact, foreign devils have been sighted on the Silk Road in that region -- including, allegedly, someone with an Indian name Kulbhushan Yadav. (Dawn)

On Wednesday, Bloomberg dropped a bombshell. The Hong Kong-based paper simply sent down a man to Chabahar to check out what is going on out there. This is how the depressing report began:

‘When the leaders of India, Iran and Afghanistan gathered in Tehran in the spring for a ceremony marking India’s development of a strategic Iranian port, they recited Persian poetry and said their partnership would “alter the course of history.”

On a recent visit, roughly 13 years after India first agreed to develop the port of Chabahar, a single ship floated at the main jetty. Most of the cargo containers scattered in an asphalt lot bore the logo of the state-owned Islamic Republic of Iran Shipping Lines. In an adjacent harbor, a dozen wooden dhows, or traditional fishing boats, bobbed in the water.

Months after the ceremony in May (during PM Modi’s visit to Iran) and pledges by India to inject $500 million into the project, the much-heralded port of Chabahar remains a sleepy outpost -- as well as a shadow of the Chinese-built port of Gwadar, 100 kilometers (62 miles) to the east across Iran’s border with Pakistan.

Despite PM Modi’s imprimatur on the Chabahar project and despite one of the handful of able ministers in the Indian Cabinet piloting the project’s implementation, if we are moving at such glacial pace, it is a sad state of affairs. The Modi government’s appalling inefficiency and lack of purpose stand exposed.

Iran attaches high priority to the development of Chabahar, which is located in the eastern province of Sistan-Baluchistan bordering Pakistan. At a recent meeting with Pakistani Prime Minister Nawaz Sharif, Iranian President Hassan Rouhani showed interest in collaborating with the China-Pakistan Economic Corridor.

Image: A speed boat passes by oil docks at the port of Kalantari in the city of Chabahar, 300km east of the Strait of Hormuz. Photograph: Raheb Homavandi/Reuters. 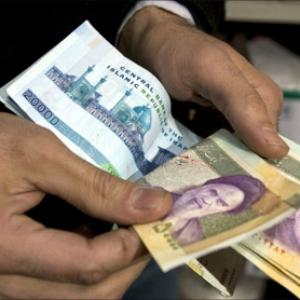