Gold monetisation scheme: The pros and the cons 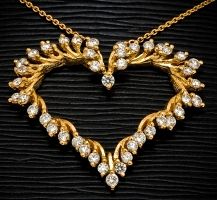 On paper, the draft gold monetisation scheme has something for everyone. It also looks like being an improvement over the existing gold deposit scheme.

For individuals, the entry barrier has been reduced to 30 grammes of gold instead of the existing 500 grammes.

Also, banks are free to decide on the interest rate, which is good for competition as well as depositors.

And like the earlier scheme, there may not be any income or capital gains tax.

Banks, which did not see much return on investment and therefore only sporadically promoted the 1999 scheme, have been allowed numerous options this time round.

They can sell gold to raise foreign currency that can be used to lend to exporters and importers, convert it into coins and sell it, or lend it to jewellers.

And if the Reserve Bank of India agrees, banks can use gold as part of their cash reserve ratio and statutory liquidity ratio requirements.

Indian households and temple trusts may hold as much as 22,000 tonnes of gold.

So, for the government, even if the scheme’s success rate is less than 1 per cent, or 100-200 tonnes annually in the next few years, the import bill can go down by 10 to 20 per cent, according to Nomura.

If the scheme succeeds, it will address both domestic demand and investment demand.

The main benefit for jewellers and consequently, to customers will be the fall in the price of gold as the recycling of domestic gold will be without any import duty -- currently at 10 per cent.

The government has been under pressure from industry for some time to bring down the import duty.

So far, so good. But several problems may arise.

For one, despite reduction of the minimum limit, individuals would be worried that if they pledge a significant amount of gold with banks, the income-tax department may want to know the source of that gold.

Experts feel that the government should clarify the amount that can be pledged without income-tax scrutiny and possible harassment.

Another big hindrance will be the tax on conversion of physical gold into the gold deposit scheme.

Experts believe that the tax should only be imposed when gold is being sold and not when it is being converted like it is done in case of other asset classes like property or debt.

To attract domestic gold, the government will have to address some of these issues if it has to avoid the fate of the 1999 gold deposit scheme — which attracted only 15 tonnes in the past 16 years.