Policymakers now have to start worrying about their ultimate bogeyman - deflation.

It wasn't supposed to happen this way. When central banks around the world started their quantitative easing programs, monetary theory said that the newly created funds could be dangerously inflationary. Instead, inflation rates are declining. In the United States, the current 1.1 per cent is far below the Federal Reserve's 2 per cent target. Policymakers now have to start worrying about their ultimate bogeyman - deflation.

If this fearsome enemy joins the field, the battle is hard to win. As the Japanese authorities have discovered, conventional weapons don't stop prices from falling, and the force of extraordinary ones remains uncertain. 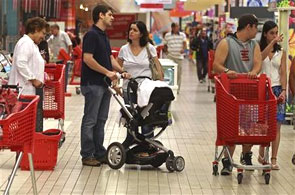 Ben Bernanke and his Fed colleagues think the monster will stay on the leash. They chalk up the slowing pace of inflation to temporary factors, most notably falling energy prices, and they study expectations for future inflation which have not moved far from 2 percent.

That may be optimistic. In the United States and the euro zone, inflation rates have been heading downhill for more than a year. Japan, meanwhile, has been stuck with outright price declines since 2012. In theory, faster GDP growth could cause prices to reverse course, but the growth is elusive and the theory uncertain.

Moreover, the Fed's faith in inflation expectations may be excessive. Opinions can change quickly - they did in 2010 - and if commodity prices fall further, consumers might just start to expect overall declines - and then accept flat or falling wages.

For central bankers, that has echoes of the Great Depression and the Japanese economic quagmire. While declining consumer prices reward savers, they are tough on corporate borrowers and falling wages increase defaults on mortgages, credit cards, and student loans. In other words, deflation breeds debt crises.

Central bankers will breathe fairly easily as long as wages keep rising, however slowly. They have been in the United States and most of Europe. If that started to change, policymakers would presumably redouble their stimulative efforts.

But that's the point. As long as inflation keeps slowing, central banks will not want to pull back on stimulus. There's a greater possibility they'll have to open up a new front.

The author is a Reuters Breakingviews columnist. The opinions expressed are her own.

© Copyright 2020 Reuters Limited. All rights reserved. Republication or redistribution of Reuters content, including by framing or similar means, is expressly prohibited without the prior written consent of Reuters. Reuters shall not be liable for any errors or delays in the content, or for any actions taken in reliance thereon.
Related News: Ben Bernanke, GDP, United States, Federal Reserve, Fed
SHARE THIS STORY
Print this article 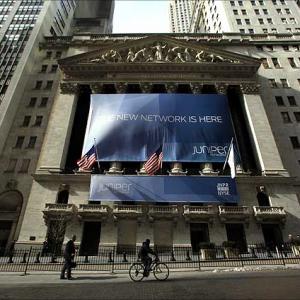