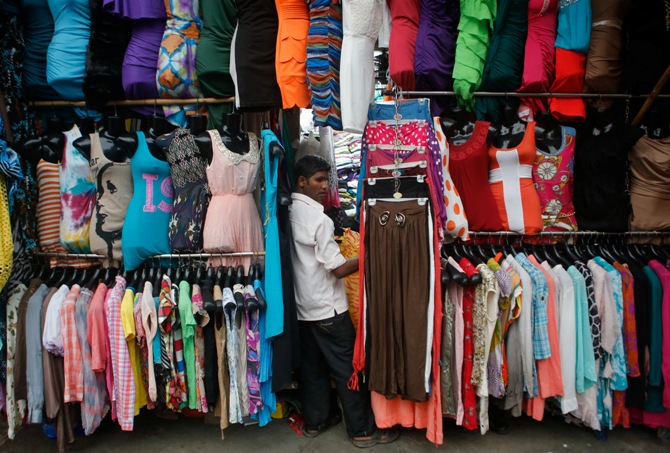 There seems to be no light yet at the end of the tunnel as far as the government’s own estimates on domestic investment proposals are concerned, rues AK Bhattacharya, Editor, Business Standard

The government’s policy focus in the last one week has been mostly on foreign direct investment.

A host of measures to relax norms for allowing foreign investment in several new areas and permitting higher investment caps in a few sectors has been announced.

The new measures will certainly go a long way improving foreign investment flows into the country.

Yet, the bigger worry for the government will continue to be domestic investment.

There seems to be no light yet to be seen at the end of the tunnel as far as the government’s own estimates on domestic investment proposals are concerned.

The data on proposed investments in the January-August period of 2015 show a figure of Rs 2.36 lakh crore (Rs 2.36 trillion), which is almost a third lower than Rs 3.32 lakh crore (Rs 3.32 trillion) recorded in the same period of 2014. Measure it by any yardstick, the trend is unmistakable and the much sought after investment revival appears to be a mirage so far.

Mind you, these are the government’s figures!

A historical context would underline the same point with unambiguous clarity.

The Narendra Modi regime was expected to revive investments. But that hope was belied in 2014, when the value of investment proposals fell further to Rs 4 lakh crore (Rs 4 trillion).

And in the first eight months of 2015, that declining trend has been further accentuated.

Gujarat’s share in all investments proposals in the country in this period is the highest at over 21 per cent.

In sharp contrast, the performance of Chhattisgarh  should be a cause for concern.

For the Union government, therefore, the task is not just to roll out the red carpet for foreign investors, but also to evaluate why domestic investment has not picked up in the last year and a half.

Equally important will be to analyse the performance of India’s top industrial and mineral-rich states.

The rising investment proposals in Gujarat, West Bengal, Karnataka and Tamil Nadu are positive signs, but the government must consult these states to understand how and why they have succeeded to get more investments.

The lessons these states have learnt will certainly be useful for those that have seen their investments decline.

And the Union government can be an effective catalyst for that sharing of knowledge so that other states can take remedial steps.

That would also further the cause of co-operative federalism, a creed that the Narendra Modi government has committed itself to at the time of its formation 18 months ago.

These numbers are an ideal opportunity to make a beginning in that direction.

Image: A salesman waits for customers at a roadside store selling clothes at a market in Mumbai. Photograph: Danish Siddiqui/Reuters