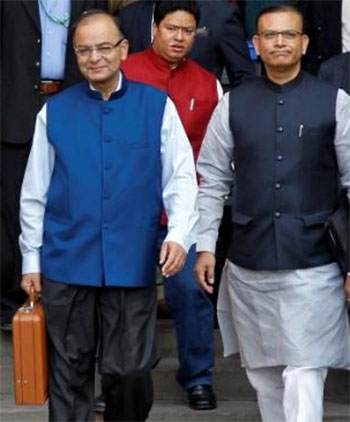 The government is reportedly considering a proposal to advance the presentation of the Union Budget by about a month. Except when the timing of general elections has dictated otherwise, the Union Budget has always been presented on the last day (excluding Sundays) of February.

Advancing its presentation by a month, presumably on the last day of January, was an idea mooted in the Transforming India document prepared by NITI Aayog some months ago. As a concept, its logic is unexceptionable with many obvious benefits.

One, it will allow the government to get the Budget passed before the start of the financial year for which it is actually meant. The current system allows the Budget to be passed by the middle of May. From the expenditure point of view, almost six weeks of the year are lost even though there are strict norms in place that oblige the ministries to spend a specified share of their annual allocation every quarter, failing which they forego that amount.

For the government, such failures are a blessing in disguise as they help it notch up savings and easing the task of meeting the fiscal deficit target.

But from the governance point of view, this does not augur well, as, ideally, resources allocated for certain projects or schemes should be spent as planned. If the loss of six weeks at the start of the year, primarily due to the passage of the Finance Bill only by the middle of May, can be avoided by advancing the presentation of the Budget by a month, then the initiative should be welcome.

There are procedural benefits as well. An early Budget would obviate the need for presenting a separate vote on account and get it passed before the start of the financial year to allow the government to draw money from the Consolidated Fund of India for undertaking obligatory expenditure such as payment of wages till the Budget is passed in May.

If the Budget is passed before the end of March under the proposed system, a lot of unnecessary paperwork and Parliament’s time would be saved.

The proposed system, however, will have to overcome many formidable challenges as well. The estimate of the gross domestic product for the year for which the Budget is meant is a key input for projecting revenue numbers, based on which the government plans its expenditure.

Securing the GDP estimates (for the next year) a month in advance would be a challenge and the government should take the Central Statistics Office, that provides the estimates, on board before embarking on the new schedule for Budget presentation.

This will also be critical for producing the pre-Budget Economic Survey that provides a statistical overview of the economy and outlines the policy challenges that face the government.

The other big challenge would be to get the revised estimates of expenditure (for the period previous to the year for which the Budget is presented) from different ministries. An early Budget would mean the ministries would have to provide revised estimates even before the end of the third quarter of the year.

If these numbers go wrong, there will be a danger of the deficit estimates for both the years going awry. That should be avoidable. But if these challenges can be overcome with better planning and forecasting tools, an early Budget is a good idea. Budget process set for a makeover