Are we reinventing journalism?

An FTC discussion paper proposes radical measures such as tightening copyright laws to prevent search engines from showing news search results without paying the newspaper concerned, and enabling news organisations to jointly rect 'paywalls' that force consumers to pay for news consumption on the Internet, and asks if it's time to reinvent the business of journalism, writes Ajit Balakrishnan 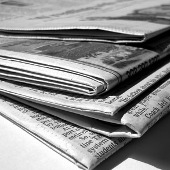 Journalism is moving through a . . . transition in which business models are crumbling . . . and consumer news habits are changing rapidly,' says the United States Federal Trade Commission in a discussion paper.

Attempts by newspapers to go online have not been of much help, the report says, because online ad revenues usually make up no more than a tenth of print ad revenues.

The party implicated for inflicting this kind of damage on newspapers is, of course, the Internet -- and, in particular, news aggregators who create no original content but "live off" the good work done by print journalists.

This is unfortunate, says the discussion paper, because news can produce benefits that spread much beyond their readers.

As an example, investigative reporting can result in a staff shake-up in a local hospital and, thus, ensure better health care for patients.

The FTC report makes the revolutionary case that news is a 'public good'.

It also means that news is non-excludable: once the news producer supplies news to one person, it cannot exclude anyone else from it.

Because news is a public good, there is likely to be 'free riding' and, in such circumstances, it is difficult to ensure that producers of public goods like news are appropriately compensated.

Is it time, the discussion paper asks, that the business of journalism itself be reinvented?

As part of this reinvention process, the FTC discussion paper proposes such radical measures as tightening copyright laws to prevent search engines from showing news search results without paying the newspaper concerned, and exempting news organisations from anti-trust

laws so as to allow them to jointly erect 'paywalls' that force consumers to pay for news consumption on the Internet.

This discussion paper was issued nearly two years ago, but the situation for newspapers in the United States has only worsened.

Newspapers there have tried to stay alive by cutting manpower, which has worked temporarily for the very largest of them.

The smaller ones have just shut down.

Newspapers in the US faced these problems first because Internet penetration rose fastest there.

As Internet penetration rises to similar levels in other countries, including India, a similar dilemma may await newspapers in these countries.

Institutions like the judiciary, Parliament and the executive in democratic countries like India function because news reporting about their actions or inaction goads them into action.

Financially stretched newspapers may reduce public affairs reporting of this kind to such low levels that citizens may choose to be 'rationally ignorant' of public affairs.

This may even lead the public to lose interest in the electoral process as a means of solving policy disputes, and resort to private means like bandhs, gheraos, hunger strikes, even riots.

The rise of newspapers in the 1850s was the consequence of a rapid drop in their price and was based on technological change.

Paper, originally made by hand from cloth rags, was now made by machine using straw and wood pulp; hand presses gave way to powered presses; stereotyping, the making of lead plates from lead moulds, freed expensive lead type for other uses.

All this contributed to a reduction in costs.

This arrival of cheap and affordable print in the 19th century sparked off a worldwide start-up of newspapers. In India, this period saw the start of The Bombay Samachar (1822), The Times of India (1838) and The Hindu (1878), to name a few.

Cheap and affordable newsprint created a 'reading revolution', which, according to Rolf Engelsing, involved a threefold shift: from reading aloud to private reading, from predominantly religious reading to predominantly secular reading, and from 'intensive reading' (close and repeated study of a few canonical texts, such as the Bible) to 'extensive reading' (rapid and continuous consumption of newspapers, magazines and novels).

Are the rise of the internet and the threat to newspapers, then, just another turn of the technological wheel and merely a shift to even more of this kind of 'extensive reading', and not a threat to journalism itself?
Get Rediff News delivered into your Inbox.
Ajit Balakrishnan
Source: