Merging tribunals may lead to administrative convenience, but pendency of cases is likely to increase, says Jyoti Mukul. 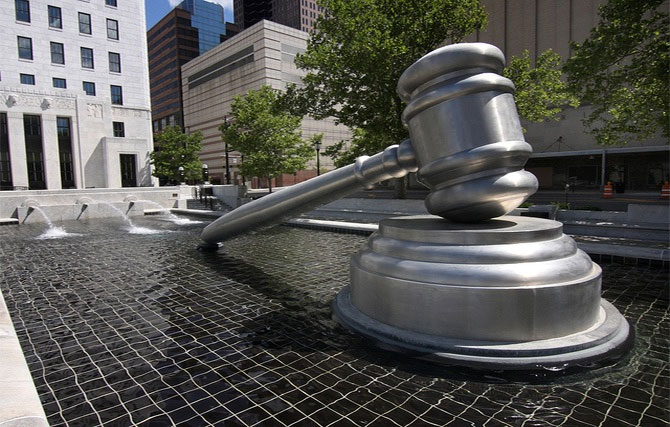 When the regulator for the downstream petroleum sector was set up in 2006, a suggestion from the ministry of finance to have a common appellate tribunal for power and petroleum was incorporated in the enabling legislation.

The underlying theme for such integration has been taken forward in a much sweeping manner by the government through amendments in the Finance Bill, 2017.

Eight appellate tribunals created through various laws will now be wound up and their functions allotted to others. This would have taken the government a long time in the normal course and, therefore, in a single stroke it amended the legislation through the Finance Bill, drawing criticism from many quarters who see this as a way of bypassing the Rajya Sabha and avoiding debate.

So, now the Telecommunications Dispute Settlement and Appellate Tribunal (TDSAT) will adjudicate upon appeals on cyber security and those against rulings from the Airport Economic Regulatory Authority.

This is not the first time that the TDSAT’s jurisdiction has been extended. In 2004, broadcasting services were made part of telecommunication services and disputes arising in the broadcasting sector also came within the purview of the TDSAT.

Earlier in January 2000, the Telecom Regulatory Authority of India (TRAI) Act, 1997, was amended to set up the TDSAT and take over the adjudicatory and disputes functions from the TRAI.

According to Vidhi Centre for Legal Policy, the Supreme Court had greatly restricted the jurisdiction of the TDSAT by putting any challenge to regulations framed by the TRAI and the conditions of licences granted by the government under Section 4 of the Indian Telegraph Act, 1885, beyond its purview.

While this narrowed its jurisdiction, the working of the TDSAT was “materially changed” by another amendment in the TRAI Act that made broadcasting a part of telecommunication services.

A large number of the broadcasting cases relate to recovery of dues or demand for supply of TV signals from broadcasters or some large distributors of TV channels.

By doing away with certain appellate tribunals and merging or giving their work to others, there is a very high risk of further pendency with the tribunal that has been given the work, as not only the matters to be adjudicated upon increase but also for the members to re-learn and understand the practical aspects of relevant laws, which is bound to lead to inordinate delays in resolving disputes,” says Amit Vyas, founder, Vertices Partners.

In the case of electricity disputes, for instance, about 30 per cent of about 500-600 cases that are with the Central Electricity Regulatory Commission (CERC) go into appeal to the Appellate Tribunal for Electricity (APTEL). Besides, appeals from state regulatory commissions also go to the APTEL.

Vyas says while it may be expedient for administrative purposes, the merger does not appear to be a prudent move from the perspective of effective discharge of judicial functions. In an attempt to reduce the number of tribunals, merging those that are not connected with each other in terms of industry/applicable laws will lead to problems such as that of pendency.

Tribunals are created by a statute, which accords them powers, duties and responsibilities.

“In every Act that establishes a tribunal, a key requirement of such tribunals is specialised/experienced members or subject matter experts. These members usually have in-depth understanding of the industry for which they have been appointed to adjudicate disputes/issues,” says Vyas.

A chairman of one of the regulators says the government move was prompted by the fact that some of the appellate tribunals did not even have two hours of work daily.

“While the move may be good for the Cyber Appellate Tribunal and the Copyright Board as they are were practically not functioning, giving the job of the COMPAT to the NCLAT does not inspire much confidence as these appellate bodies operate in different areas of law, requiring different sets of expertise,” says Vyas.

There will be transitional provisions for chairpersons, vice-chairpersons, chairmen, or other members who are currently occupying posts with tribunals that are being merged.

They will be entitled to receive up to three months’ pay and allowances for premature termination of their office terms, while officers and other staff will reverted to their parent organisation.

The Finance Bill, 2017, also amended 17 laws to bring in common service rules for 19 tribunals. This will give the government power to make rules regarding qualification, appointment, term of office, salaries and allowances, resignation, removal, and other conditions for members of tribunals.

The amendment states that the term of office for these persons will not exceed five years, and that they will be eligible for reappointment. In the APTEL, the initial tenure is for three years subject to renewal by another three years. After the amendment, the maximum tenure is reduced by one year.

Besides, the age limit for chairpersons, chairmen or presidents has been fixed at 70 years, and for vice-chairpersons, vice-chairmen, vice-presidents, members and presiding officers at 67 years.

The current age limit for the APTEL chairman remains unchanged but for members it increases by two years.

“The uniformity is good but vesting such powers in the government will always keep the members nervous since they will be conscious about somebody looking over their shoulder. The tenure should be fixed and not subject to renewal,” says a regulator.

Vyas says the same service conditions may bring in administrative convenience but it could come at the cost of judicial efficiency unless specialised benches are proposed to be set up to deal with specific laws.

According to Vyas, while the measurement of the efficiency of tribunals has always been a challenge, it is important to maintain accountability.

“Ensuring merit-based appointments of members, monitoring the time taken in resolving disputes, the number of disputes settled without a full hearing, could be some ways of gauging whether an appellate tribunal is efficient in its workings or not.”

As markets develop in each of these segments with greater volume of activity, dispute resolution will become an important part of regulation, especially when it involves appeals against regulatory orders. The government’s move, however, may mean only an administrative restructuring meant for economising, without any tested efficiency gains.