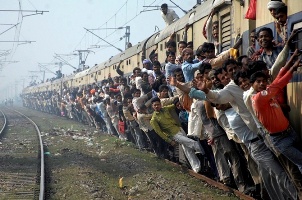 The Railway Budget 2015 has many firsts to its credit.

For the first time the railway minister has refrained from announcing the long list of new passenger trains, an even longer list of new lines and new surveys, but he also refrained from spelling out the specific targets denying one the ability to assess the achievability of the expected revenue surplus.

His announcement about no fare increase was like Yudhishtir mouthing his 'Ashwatthama hato naro va kunjaro va' moment.

It created a transient euphoria about a concomitant stay on any increase in freight rates as well.

Alas, that was not to be. The single biggest challenge that the Indian Railways faces today is holding on to its already dwindling share in the freight kitty in the country.

That no time frame was indicated for the expected growth in freight tonnage to 1.5 billion tonnes too was no comfort.

It is a well-known fact that the passenger fares are grossly cross-subsidised from the freight stream.

It is hoped that this anomaly would be addressed at an opportune time later.

The share in the freight cannot be increased unless the crippling capacity constraints are removed.

The minister has focussed on this issue by stating as many as 77 works of doubling and tripling 9,400 km of route had been sanctioned, yet there is no timeline for completion of these works.

It is essential that every year at least 1500 km of route gets doubled or tripled from 2015-16 itself.

Raising capital for plan outlay is another sphere where the Minister is on his own turf.

The Gross Budgetary Support of about Rs 45,000 crore (Rs 450 billion) reflects the confidence that the finance minister has shown in the Railways’ ability to consume it, yet it is not clear at what rate the market borrowings will be obtained especially from the pension and insurance funds.

A rate of interest of 10 per cent and above can draw the Railways into a Catch-22 situation, extrication from which would be a very painful exercise.

A lot of attention has been given to making the rail journey a comfortable experience for which the Minister deserves praise.

Many of the steps outlined are innovative and bound to ameliorate many pinpricks one encounters in his sojourns.

If it is achieved, it will be a feather in the cap of the Minister as it will not only reduce accidents but also help in augmenting capacity. The hearts of the Mumbaikars must have been gladdened by the announcement of the MUTPIII as also the introduction of the AC EMU trains.

Both the previous MUTPs have been an unmitigated success and it is hoped that third one will also bring ample cheers for the average Mumbaikars.

The Honourable Minister has given 11 thrust areas for the administration to follow in the coming years. I am sanguine that the team in the Railway Board will not let the Minister down. 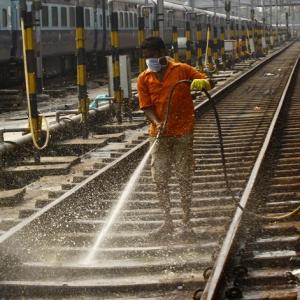 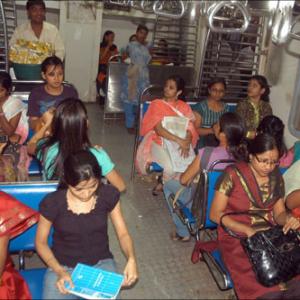