News
Business
Movies
Sports
Cricket
Get Ahead
Money Tips
Shopping
Sign in  |  Create a Rediffmail account
Rediff.com  » Business » Why Jaitley must allocate more funds to states in the Budget 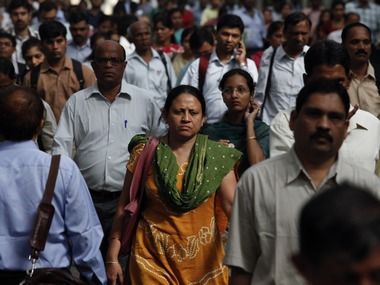 The states of India deserve a break.

They have been living under harsh budget constraints that New Delhi has seldom accepted for itself.

This rebalancing is required to lift languishing growth. It is also a wise political move.

The Indian constitution is effectively federal.

In theory, the states are supposed to have considerable sway over their economic destiny.

Yet they have been forced to stand still. The states’ combined development expenditure Budget last year was a little over 10 per cent of gross domestic product (GDP).

This is almost unchanged from early 1990s, when India had just begun opening its economy.

Today, about half of this inadequate spending is paid for by the federal government, which gives the states their share of central taxes as well as grants and loans.

But federal support has only just climbed back to this level after a sharp decline in the late 1990s.

The states’ own revenue sources, meanwhile, are limited.

The Constitution doesn’t allow them to tax non-farm income, so they charge levies on transactions and consumption.

Now that the federal government is about to change the Constitution and take away the states’ right to tax most consumption, Mr Jaitley needs to ensure that sub-national governments don’t skimp further on useful spending.

Already, the states are earmarking less than half as much money to public health as they spend on servicing debt. Expenditure on transport and communication is a similar fraction of pension payments.

Such has been the resource crunch that – with the exception of the mini-state of Delhi – state governments have been forced to turn to private capital to build suburban railway networks.

The experience hasn’t been great.

Ten years after Maharashtra approved a plan for the Mumbai metro rail, Reliance Infrastructure, controlled by tycoon Anil Ambani, has walked away from the second phase of the project.

Now Maharashtra will build the rest of the line on its own.

The original concessionaire for Hyderabad’s metro network had to be booted out after a corruption scandal.

State governments should have built critical urban infrastructure out of their own resources with some assistance from the federal government.

Blame it on the fiscal heavy lifting that New Delhi forced upon them after a massive increase in civil servant wages in the late 1990s threatened their finances.

The states have stuck to the script. After excluding loans, the gap between what they spend and what they earn has been below one per cent of national GDP in nine out of the last 10 years.

The only exception to this belt-tightening was the aftermath of the global financial crisis. Over the same period, New Delhi has been almost three times as profligate.

India’s mini-currency crisis in 2013 came as a wake-up call.

Since then, the federal government’s focus has been on curbing the deficit. But despite falling oil prices, and a welcome reduction in fuel subsidies, austerity is proving quite tough to execute.

That’s because the economy is sluggish: industrial production is stagnant and tax collections tepid.

Even then, the Reserve Bank of India (RBI), which cut interest rates this month, has made it quite plain that further monetary easing depends on fiscal consolidation.

With the RBI pushing the growth levers, Mr Jaitley can aim for bolder reductions in the federal deficit. At the same time, however, he should relax the budget constraints on the states.

Economists at the central bank have shown that a dollar of public spending produces three times as much output if it is spent by the states rather than the central government.

The economic rationale for moving more spending decisions to sub-national governments is clear.

There would be political benefits, too. Prime Minister Narendra Modi has addressed a long-standing demand of the state governments by scrapping India’s socialist-era Planning Commission, an extra-constitutional body whose bureaucrats controlled the flow of funds to state governments.

The “genuine and continuing partnership of states” that Mr Modi has promised in replacing the commission with a National Institution for Transforming India (NITI) Aayog has yet to be tested.

But if the state chief ministers have more money to create new private-sector jobs by boosting infrastructure and government services, then the more savvy spenders will become more electable.

The quality of politics will improve.

The fiscal challenge for Indian states is the opposite of China’s. Chinese local governments saw their revenue – mainly from land sales – grow by an average 24 per cent a year between 2009 and 2013.

That gave the provincial authorities resources to build bridges to nowhere. Deutsche Bank analysts are now predicting a “fiscal slide” as land prices fall and local government revenues shrink by two per cent this year. GDP growth could take a hit.

By contrast, the Indian states’ aggregate debt-to-output ratio is under control at slightly above 20 per cent.

The central government has borrowed the equivalent of 50 per cent of GDP.

Mr Jaitley doesn’t need to push the Indian states to live as recklessly as their Chinese counterparts; but he can give them bigger spending clout, backed by a more liberal sharing of tax resources.

The sub-national governments would still be expected to run balanced Budgets, but the Budgets would be bigger.

Once the fiscal squeeze on the Indian states ends, the national economy would be able to stretch itself. 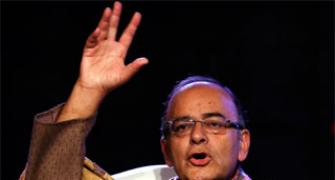 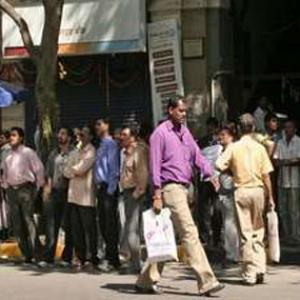