Steep taxes on petrol and diesel add to the cost of economic activity and reduce the Indian economy's competitiveness.
The two fuels must be brought under GST's purview, suggests former IAS officer Ajay Shankar. 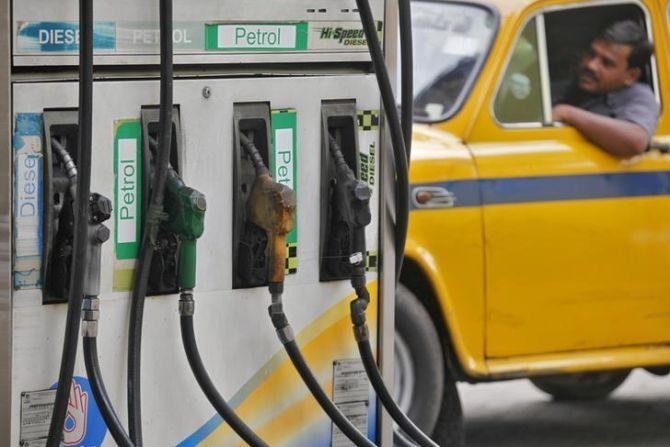 The teething troubles of the GST regime seem to be getting over now.

The GST Council has been able to considerably reduce the number of items in the highest 28 per cent slab as anxiety on revenue collection has abated.

The time has therefore come to extend GST to electricity, petrol and diesel.

This is a major unfinished task in the transition to GST which should now be taken up, as energy is such a significant input through the entire chain of value addition.

Conceptually, there is no good reason for keeping energy out of the GST.

However, getting a consensus on GST and its rates was a daunting enough challenge initially, and a sense of realism required that the issue of energy, which appeared too intractable, be left for the future.

For electricity, the Constitution empowers the states to impose electricity duty.

The revenues from the duty are usually used by the states to provide subsidies to the state distribution utilities for the supply of free electricity to farmers.

There is no central excise on electricity.

So the states have to agree to bring electricity under GST, preferably at the lowest rate, and do away with existing taxes and duties.

This should not be difficult for the states, as revenue foregone with the abolition of duties and other taxes would be more or less offset by the revenue from GST, as has been the experience with GST generally.

The impact on retail tariffs would be marginal. The benefit to economic activity from such a key input coming under GST would commence.

The more difficult transition relates to petrol and diesel.

Petrol was considered a luxury item as it is used by cars, which in the early days only the rich could afford. So it ended up being gradually taxed more and more heavily -- so much so that it is now a major source of revenue for both the central and state governments.

Diesel, which is used for trucks, buses and tractors, was treated as a merit good and had a much lower price, though the actual cost of diesel and petrol is the same.

This distortion in pricing led to a surge in the production and sale of diesel cars and SUVs.

One of the major reform decisions that the UPA government took towards the end of its tenure was to begin doing away with this price distortion.

Energy being at the core of all economic activity, petrol and diesel should ideally be at the lowest slab of GST as a merit good.

The present very high rate of taxes adds to the cost of economic activity and to that extent reduces the competitiveness of the Indian economy.

The least that can be done is to bring them into the GST at the highest slab to begin with. But this involves a loss of revenue on a scale which both the central and state governments would, prima face, find unaffordable.

To get a sense of the magnitude involved, if petrol was in the highest slab of GST, the price of petrol for the consumer would come down to around Rs 50 per litre, from the present price of Rs 80.50 per litre in Delhi.

The loss of revenue as a result would be far too large.

As this is a shock which public finances cannot bear, the prevalent view has been that there is no option but to continue with the status quo.

However, if the transition has to be made, some creative way has to be found to handle the disruption.

And if it has to be done some day, then it may as well be done now.

One possible way forward could be as follows:

The first step would be to see the maximum loss of revenue from shifting to GST at the highest slab of 28 per cent that the government can absorb within the constraints of committed expenditure, the permissible leeway with the fiscal deficit and the buoyancy in tax revenues.

For the rest, alternative sources of revenue would be required if the transition is to take place at all.

Increase in import duties as a short-term resource mobilisation measure is a feasible option and should be used.

Items of final consumption where the increase in prices of imported goods would help Make in India should naturally be the first choice.

This would add to job creation and economic growth.

It may also reduce the trade deficit with China as a consequence.

Even after feasible increases in import duties, the shortfall in government revenues may still need to be made good.

This could be done by imposing a cess on petrol and diesel along the lines of the coal cess, which could go into an 'Environment Fund'.

It would be the explicit carbon tax that environmentalists have been advocating globally.

Coal is already subject to such a cess.

The fund could be used for a range of needs, such as the subsidy for lifeline consumption of clean cooking energy to all households which is a key SDG (Sustainable Development Goal), accelerating the transition to renewable energy, combating air pollution, achieving full sewage treatment and supporting cities to modernise waste management.

Competitiveness would increase significantly with lower energy and transportation costs.

With this key input coming under its purview, the full benefits of GST should be realised. 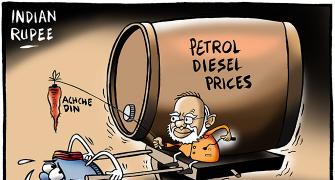 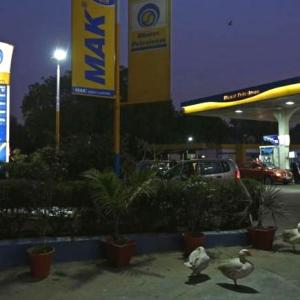 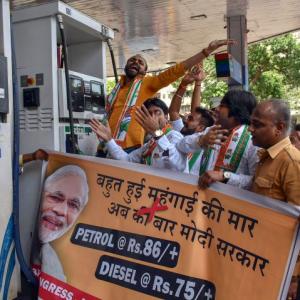