'It is strange a government that is bold and coercive has meekly chosen to do more of what has repeatedly failed to work in the past.'
'And sadly, rating agencies, the business community, fund managers, and analysts, who know this, have chosen to act as compulsive cheerleaders,' says Debashis Basu.
Illustration: Dominic Xavier/Rediff.com

A successful and thoughtful fund manager sent me an email me the other day, drawing a simple analogy about the government's plan to recapitalise public sector banks (PSBs), an analogy that I have expanded upon.

Assume that there is a bunch of listed companies controlled by a promoter family. The companies are value destroyers, racked by corruption.

The promoter does not pay much attention to running these companies.

The companies are short of capital because of piled-up losses, but are sitting on a large amount of public deposits that they had raised.

One day the promoter decides to use the public deposits through devious schemes.

The companies are supposed to loan the money to the promoters who would then use that money to buy new shares in the companies, arguing that this would strengthen the companies even though the same management continues to run them.

Last month, the Government of India did exactly that when it announced a scheme to recapitalise PSBs. It took out money that does not belong to it and will put it back as its own!

How would investors and regulators react to a scheme like this if a private sector promoter had done this after having tried the same thing earlier and failed?

The regulators would have dubbed this a prime example of continued misgovernance by a repeat offender.

And investors would dump the shares in anger and disbelief, especially because capital would bloat and they would get diluted -- again.

Well, poor governance and misallocation of capital are for the finance textbooks.

In real life, things don't happen that way. In real life, regulators kept quiet while investors got delirious with joy, in a nice lesson for finance students and new investors.

Everyone is very happy that resolution has been found for one more enormous banking crisis caused by a flawed model fashioned in late 1969 which promoted and perpetuated enormous inefficiency, corrupt lending practices, and repeated bailouts.

What should have been done?

Accountable management and responsible ownership lie at the heart of any profitable business enterprise.

The job of owners is to allocate capital correctly and the job of managers is to deliver on business targets.

In simple terms, this is the template of modern capitalism and wealth creation.

An absence of any of these factors leads to misallocation of capital and losses. Unfortunately, while a loss-making private enterprise may close down or get acquired, a loss-making government enterprise is like a gambler who always gets a stake for the next game, no matter how many times he blows up.

So, for these enterprises, far from creating incentives, we create mal-incentives, laying the ground for the next irresponsible blow-up.

Democratic governments all over the world are inherently bad in acting as responsible owners, giving rise to the maxim that is now a cliché: 'The government has no business to be in business.'

Even Prime Minister Narendra D Modi declared this before the 2014 election, but promptly forgot about it.

The government, as the owner of PSBs, can neither provide capital (it is bankrupt) nor provide management (no focus and time).

Indeed, when the going is good, democratic governments often force PSBs to do the wrong things. This is best exemplified by how banks supported corrupt and incompetent managements in commodities and real estate sectors and even outright frauds during the United Progressive Alliance.

In some cases, it was corruption at bank manager level; in most others it was politicians who directed fraudulent lending.

To this, we need to add political compulsions.

P Chidambaram, who is now criticising the government's recapitalisation plan, was encouraging PSBs to make thousands of crores of educational loans with very little asset backing because it was socially desirable.

Bank managements are not incentivised to do the right thing, cannot say no to politicians; nor are they penalised for their own corruption.

How can this situation be improved by pouring more capital, and that too through the easy option of financial trickery?

We needed surgery; we got band aid.

What is mystifying is that such easy options come from the same government that is actively promoting the narrative that for the first time we have a prime minister who is unafraid to take bold decisions and strike hard at corruption and inefficiency.

As an example of this fearsome policymaking, the government holds up the example of demonetisation, which put the whole country on queue and overturned the lives of workers, farmers, and small businessmen.

The next example of a bold step is implementing the goods and services tax despite poor preparedness.

It is strange that a government that is bold and coercive has meekly chosen to do more of what has repeatedly failed to work in the past.

And sadly, rating agencies, the business community, fund managers, and analysts, who know this, have chosen to act as compulsive cheerleaders. 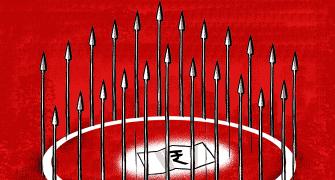 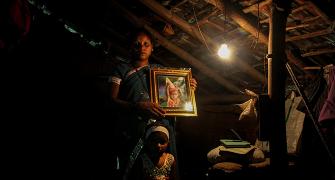 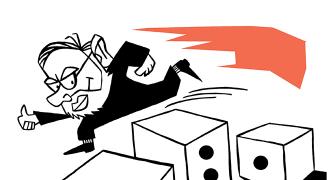