A culture of science and innovation must be embedded in society wherein people not only use new technology but understand it as well. Without this, obscurantism and blind faith can sit side by side with digital technology and, in fact, use the same technology to reinforce their hold on people, says Shram Saran.

The celebrated futurologist, Ray Kurzweil, has predicted that by the year 2029 advances in artificial intelligence would bring us to the point where a $1,000 computing device may be able to replicate the full range of capacities and functioning of the human brain.

Kurzweil says that by mid-century we would have reached the point of technological “singularity” when capabilities would multiply billion-fold beyond current levels. Even if these predictions are unrealistic, there is little doubt that we have entered an age of accelerating technological advance that is changing our lives in dramatic and unpredictable ways.

The gap between technology and human understanding of its nature has never been as wide as it is today. More importantly, political leadership in many countries may be enamoured of digital technologies and adopt digital tools such as social media to boost their political fortunes.

But this is not the same thing as being digitally aware, cognizant of both the “promise and peril” of the new technologies.

Technology has always been a double-edged sword. It can yield good outcomes and bad outcomes. These, in turn, are determined by choices human beings make. There is no such thing as technological determinism, which argues that possible fallout of adopting advanced technology, such as growing income inequalities or loss of jobs, are inherent in the technology itself.

Public policy plays an important role in ensuring that the benefits of new technologies are reaped in an inclusive manner while risks are minimised. Scandinavian countries and Japan are technologically very advanced but have managed to keep income inequalities low. Digital technologies are transforming mobility but in the case of India, should it be used to promote private transport or public transport? This is a public policy decision.

It has been estimated that in Europe 47 per cent of all jobs will be automated by 2035. This will also generate jobs in new areas and these will be of high quality and pay higher salaries. But the challenge will lie in constantly training and skilling people to take up new tasks. This, too, is a matter of public policy.

High-level skills are indispensable in a technology-based and knowledge-intensive economy. Digital technologies offer the tools that may be used for such capacity building. As the penetration of the internet continues to expand and smartphones become universally available, it becomes feasible to use such platforms to offer web-based programmes for education and training.

Kurzweil has argued that the next wave of technological change will be in genetics, nanotechnology and robotics, and it will be enabled by the exponential increase in computing power. The boundaries between different disciplines of science will become blurred as physics, chemistry and biology become integrated into incredible devices, small enough to be implanted in the human body.

There will be an urgent need to craft legal and ethical guidelines to ensure that these technologies remain benign.

For this to happen political leadership must have a deeper understanding of science while scientists need to have a greater awareness of the human and social implications of their innovations.

States must establish platforms that enable a constant and deep engagement among politicians, scientists, professionals, civil servants and civil society to map technological change, measure its impact in different dimensions and explore ways to channel its outcomes in the most positive direction.

It is only through such engagement that a broad consensus may emerge on how to deal with the technology dilemma. This would also enable a more informed debate on India’s own digital innovations, for example, Aadhaar.

It is also necessary to keep abreast of trends in technological innovation in other parts of the world since technology has created, in a very real sense, a borderless world. There are a number of international fora where there is a constant tracking of technological advances and their implications for political institutions, economic processes and human behaviour. There are philosophical discussions on whether we are moving into a post-human world and whether super intelligent machines may eventually lead to the extinction of biology itself. Is this the world which we should aspire to? One finds little resonance of such debates in India.

In many ways, India is ahead of other countries on the digital curve. No other country has a universal identity platform as large as Aadhaar. It is both an invaluable database as also an unmatched platform for enabling other digital services. The challenge lies in ensuring that its promise is achieved without potential perils such as violation of privacy and breach of security. The issue of trust is critical if digital applications are to be extended swiftly and effectively.

The other asset India possesses that may be considered the initial phase of AI application is the rapid penetration of smartphones. They act to extend human capabilities by enabling the user to tap into a vast pool of knowledge with the press of a button. They can be loaded with software which can perform multiple tasks, for example, forecast the weather for farmers, track prices of commodities or help one make the right choice of fertiliser. They are already enabling financial inclusion even in remote unbanked localities.

Soon there will be software which provides simultaneous translation/interpretation from one language to another in either text or oral form. The potential for growth opportunities is immense. But what is missing is an overall and long-term strategy which aims at creating a technologically advanced and knowledge-based society within a reasonable time frame.

It will not do to have just a small cluster of highly accomplished scientists and innovators creating success stories. A culture of science and innovation must be embedded in society wherein people not only use new technology but understand it as well. Without this, obscurantism and blind faith can sit side by side with digital technology and, in fact, use the same technology to reinforce their hold on people.

Digital India is not only about technology. It is much more about making ours a country of modern minds, minds which are curious and questioning, minds which delight in debate and dissent.

Shyam Saran is a former foreign secretary. He is currently a Senior Fellow, Centre for Policy Research, New Delhi, one of India’s most well-known public policy think tanks, that has been in existence since 1973. 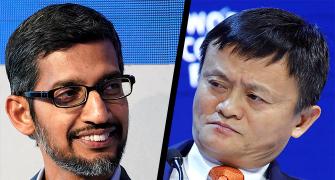 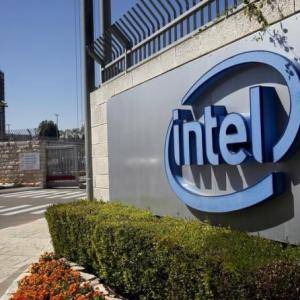 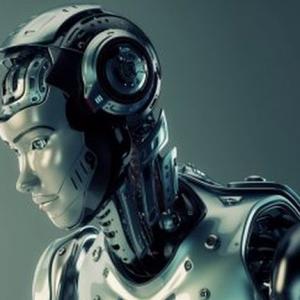