The national trait of exploiting the inherent weakness of democracy is now mirrored within the ICAI too, writes M R Venkatesh.

Created by an Act of Parliament in 1949, the ICAI (The Institute of Chartered Accountants of India) was set up even before our Constitution was formally adopted. That was not without reason. The Government realized the importance of sustained development of accountants and auditors including codification of ethical standards for chartered accountants. Ostensibly, all these were aimed, at the sustained growth of our economy. 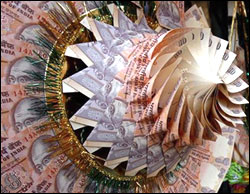 In the interregnum, the ICAI has produced some of the best finance, accounting and taxation professionals who went to occupy very important positions in India as well as abroad. No wonder, chartered accountants till recently had an innate pride that they have graduated from an institution that has, without doubt, exacting standards set for the profession as well as for itself.

However, it is a matter of deep anguish that in the recent past, the ICAI is witnessing a steady decimation of values and ethics. What is galling is that most members of the Council, the apex administrative body of the Institute, have been enmeshed in one controversy or the other.

In one of my previous columns titled ICAI in dire need of an overhaul I had pointed out, "The elections to the Council of the ICAI are due this December. Experience tells me that it would turn out to more pompous than the elections in UP, more vitriolic than it is in Tamil Nadu and of course more virulent than it is in Bihar. With the sole exception of booth capturing, all the ills plaguing the general elections in India are witnessed in our elections."

That was in early 2009. And I was wrong in my assessment of the capacity of my colleagues contesting to the Council of the ICAI. The elections to the Council of the ICAI held subsequently in 2009 were marred by believe it or not -booth capturing! [Source: Hindu Businessline dated December 8, 2009]. And these elected "honorable" members were to guide the fate of this profession.

While it may have shocked the collective conscience of the puritans in the profession, the degeneration of the past few years suggests that it was waiting to happen.

Appealing to vote on caste and other sectarian lines is passé in this elite profession. Contestants boasting of a "vote bank" are common knowledge in this noble profession. Some attempt to "influence voters" would shame politicians in general elections.

Naturally, these chaps who get elected through such dubious means are by legislation responsible for drafting accounting standards, designing auditing standards and in the process regulating the profession of accounting and auditing in India - a vital cog in the national economic wheel.

Funny isn't it? Well in a way it isn't. After all the national trait of exploiting the inherent weakness of democracy is now mirrored within the ICAI too. Remember, ICAI does not operate in a sterile zone.

Stalwarts as mentioned above existed despite the system, not because of it. In the process little do we realize that the ICAI has failed to produce one document - yes one document - of international standard. When was the last time ICAI quoted internationally? Nationally? At a sub-national level?  This failure, at an intellectual level is appalling to say the least.

In its stead, ICAI has been consistently known to "adopt" (read cut, copy and paste) documents produced by international bodies. Put pithily, copyright, for ICAI has always been right to copy. Given this paradigm, for an institute that has consistently failed on the intellectual front, it is indeed intriguing that it seeks to set up Centers of Excellence (COE)!

Bereft of a robust intellectual exercise, it may not be out of place to mention that for the past few years, acquiring lands and constructing buildings had become the new norm within ICAI. If you were an office bearer of ICAI, you must be involved in some construction. This includes branches, regional centers and of course at the central level which is directly in charge of COE.

While the ICAI's cumulative gross block of land and buildings at a pan Indian level acquired from the inception till date is reportedly only around Rs 350 crore (Rs 3.5 billion), a single project  - COE - at Nagpur is estimated to come up at a cost Rs 150 crore (Rs 1.5 billion). Surely, this raises questions on economic viability, propriety and of course on the manner in which the entire project was approved.

Let me elaborate on these alleged irregularities:

After coming to know of the project through various press reports, the Council in its meeting held on 15th October 2012 ordered for suspension of the project and formed a group consisting of few Council members to look into the matter and give its report.

Why are chartered accountants silent?

Elections to the Council of the ICAI are due in the first week of December 2012. Naturally, it is expected that this alleged "Land Scam" would dominate the forthcoming elections. Right?

Unfortunately it is not. The reason for the same is not far to seek. Most chartered accountants are oblivious to these developments within the ICAI. And those who are in the know are loath to intervene.

But what about Council members - the leaders of the accounting profession? Their silence on this matter is indeed disconcerting.

Now a scam has hit the ICAI itself. Certainly it will severely damage the image of the profession much more, more so, if it is not addressed pronto. But yet the leaders of the ICAI are in a state of denial adopting an ostrich like attitude hoping that something bigger and better will outgun this one.

What is forgotten in the melee is that the President of ICAI whose members, as chartered accountants, sit on judgment over the financial transactions of their clients is under a cloud. Instead of addressing the same, he has been in a state of denial. A sense of deja vu?

But this is not a scam limited to one the President alone. The failure to discharge the onerous responsibility cast on the Council to check such excesses of any single individual, more importantly the President should disqualify each one of the Council members from even contesting in future. Yet most of the outgoing Council members are contesting in the forthcoming elections.

In private conversations with me, some of them fail to see the writing on the wall. They are not collective failures but collective disasters. They have been silent when this scam was orchestrated simply because most have several skeletons in their cupboard. (Of course those who have raised their voices have been in a hopeless minority).

And in this tacit understanding of silence between errant Council members, the image of the profession is the loser.

Do chartered accountants realize this? If so why are they silent? Will they vote out delinquent Council members in these elections? 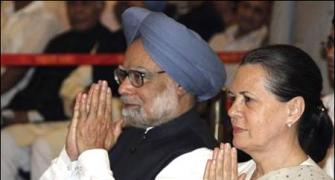 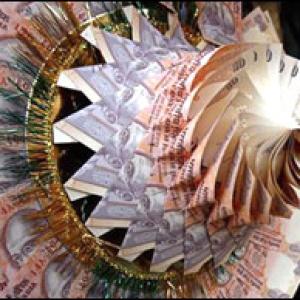 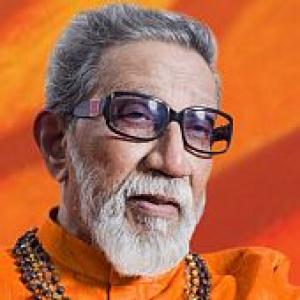