A report by the Azim Premji University showed that during the pandemic 270 million Indians were pushed into poverty.
Meaning that they were not poor according to the government poverty line before, but have become now.
Aakar Patel mulls on the state of the nation as the Modi government enters its eighth year. 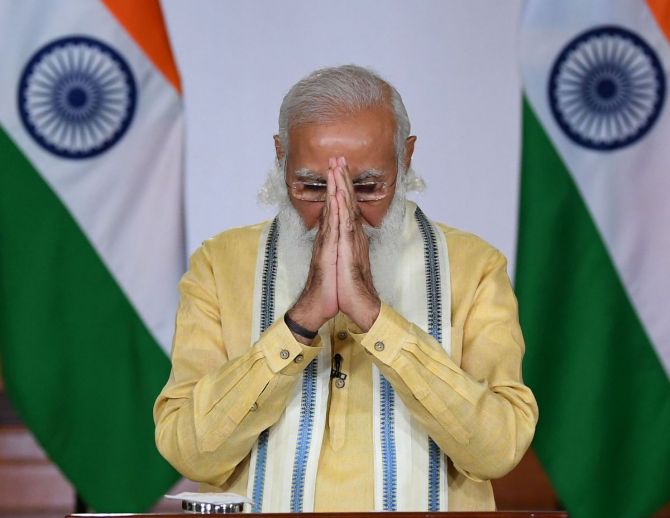 Celebrations were muted because of the sickness and death that the pandemic has brought to us.

But the prime minister did put out a document on the achievements of the seven years.

It was called Vikas Yatra and has 15 points.

The first point was 'Ease of doing business'.

This is indeed commendable. What does it mean? It is a survey of limited firms of a particular size and how easily they are able to obtain permits in two cities (Mumbai and Delhi).

The Vikas Yatra document does not refer to what the result of India climbing on the index was.

But India's investment rate has fallen from 38% of GDP before Modi to 28% now.

The second point is called 'Ease of living'. This is not an index the world measures and it is not clear what is meant by it so I will leave it alone.

The third one is 'Eliminating corruption' and says that 'PM Narendra Modi has led a historic battle against corruption. Now, honesty is honoured and transparency is the norm.'

In Transparency International's Global Corruption Perceptions Index, India has fallen from 76th in the world in 2015 to 86th this year.

The fourth point is called 'Empowering youth opportunities'. It says "the last 7 years of Modi government have focused on clearing the path of India's youth as they navigate through opportunities across fields."

The latest Periodic Labour Force Survey conducted by the Modi government says that youth unemployment in urban India is 23%.

Meaning one in four young people looking for work cannot find it. This is the highest rate India has ever had.

The fifth point is 'Health for all'. Here we need not look beyond what is going on around us at this very time.

India's government is unique in the world in several ways. First because it has the highest cost of vaccination in the world.

Second because there are three different vaccination procurements: Centre, states and private companies.

And third because India has defaulted on its commitments to vaccinate the world.

We need not go into details of this today.

So far as health for all is concerned only a few days ago oxygen was being sold for Rs 60,000 a cylinder lasting a few hours in Delhi and there was (and there is) no national helpline for finding oxygen and essential drugs.

The sixth point is called 'Infra for growth'.

India's GDP growth has been falling since January 2018 according to the government's figures.

The seventh point is called 'Mobility for the middle class' and says 'No other government has done more for them as the Modi government'.

Last month a report by the Azim Premji University showed that during the pandemic 27 crore (270 million) Indians were pushed into poverty.

Meaning that they were not poor according to the government poverty line before, but have become now.

The participation of women in India's labour force is around 10% today, the lowest in history.

In a 2018 study by Thomson Reuters, India was found to be the most dangerous place for women in the world.

In the 2020 Georgetown Institute's Women, Peace and Security Index, India ranked 133, having fallen two places since 2017.

It claims 'Farmer welfare is a top priority for the Modi government.'

The tens of thousands of farmers currently on protest outside Delhi who have been vilified as terrorists, Khalistanis and anti-nationals will disagree.

Number 10 is 'Putting India first'. The claim here is on national security.

We have not been told yet what the status of our patrolling in Depsang is by the government but if experts are to be believed we have given away space to China.

Number 11, 12, 13 and 14 are called 'Renewed focus on Northeast' and 'Social empowerment' and 'Taking development to the poorest' and 'Transformative economic growth'.

These are generic terms, but we can accept that work has been done on them.

It would be interesting to see what the world thinks of that statement.

Estimates say that in reality it is the leader in both and that the number of deaths just in the second wave were over 10 lakh across India.

This then is the state of the Government of India and of our country as we enter the eighth year of the Modi government. 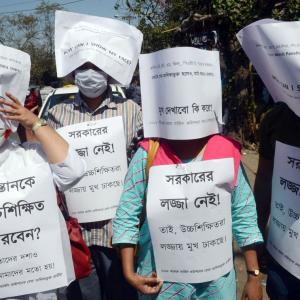 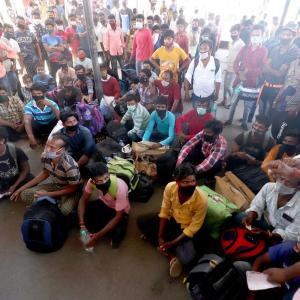