I admire Kejriwal’s intelligence but pity the fact that he had to use all the ingenuity and scheming to achieve his revenue enhancement goal, says Sudhir Bisht. 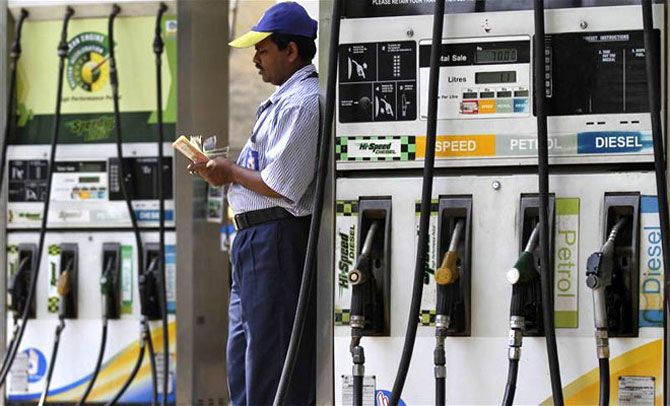 On the last day of June 2015, the Delhi Assembly passed an amendment to Value Added Tax Bill to increase the cap of VAT rate from 20 per cent to 30 per cent on several items, including petroleum products.

This was vehemently and should I say physically opposed by the Bharatiya Janata Party leader Vijender Gupta, who enjoys the status of LOP (leader of opposition) even though his party's strength in the assembly stands at a woeful three members.

The Aam Aadmi Party leadership, through its various spokespersons, had categorically stated that the increase in cap of VAT rate was not aimed at increasing VAT on petrol and diesel.

They had even said the AAP government in fact wanted to reduce VAT!

Gupta had forewarned that the amendment was aimed at increasing VAT rates but this was denied by AAP, much to the relief of Delhi residents like me.

Petroleum prices are reviewed every fortnight by all oil marketing companies (Indian Oil, Bharat Petroleum and Hindustan Petroleum). The review is done on the basis of movement of international oil prices and dollar-rupee exchange rate variation in the fortnight gone by.

To quote an IOC source, “The movement of prices in the international oil market and rupee-dollar exchange rate are closely monitored and developing trends of the market are reflected in future changes in diesel prices.”

It was thus expected that the prices of petrol and diesel would be reduced by about Rs 2 by the OMCs. The Kejriwal government wanted to increase the VAT on petrol by 20 to 25 per cent and on diesel from 12.5 per cent to 16.5 per cent. This would have raised the price of petrol by Rs 2.78 per litre and diesel by Rs 1.83.

If the AAP was a private entity and not a government, its price enhancement timing would have been hailed by the students of marketing management.

But AAP happens to be a political entity and operates in a paradigm that places public welfare over and above the sense of economic well-being of the State.

I admire Kejriwal’s intelligence but pity the fact that he had to use all the ingenuity and scheming to achieve his revenue enhancement goal. The VAT rationalisation can be justified but the way it was achieved leaves me a tad disappointed.

What if OMCs hadn’t cut petro prices on the same day?

In his late night show on Headline Today on July 15, TV presenter Rahul Kanwal said that as soon as the Kejriwal government increased VAT on petrol and diesel, in came the public sector IOC that sought to convey the message that even as the state government had inflicted hardship on the consumers, the central government PSU provided the much needed relief by reducing prices.

Rahul Kanwal alluded the government's VAT increase and price reduction by the OMCs as some kind of a cause-and-effect relationship, which is completely untrue.

In fact, if the ministry of petroleum and natural gas had wanted, it could have cunningly asked the OMCs to delay the reduction in petrol and diesel prices.

Had the central government played politics and if the OMCs had delayed the price cut by a fortnight, it would have removed the mitigating impact that was provided by the price reduction.

The prices in Delhi then would have gone up as follows:

Looking at the kind of street protests that had overtaken Delhi on July 16 over the hike in VAT, I wonder what would have happened if the oil ministry had played politics and forced the OMCs NOT to reduce the prices of petrol and diesel.

In hindsight, would the mandarins at the Centre be thinking of the lost opportunity?

I hope that isn’t in their minds.

Sudhir Bisht is a published author and a freelance columnist. Send feedback at sudhir_bisht@rediffmail.com 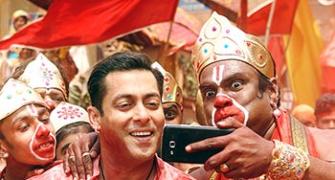 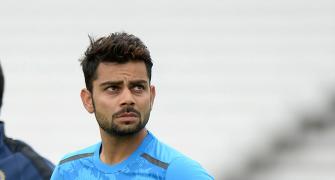 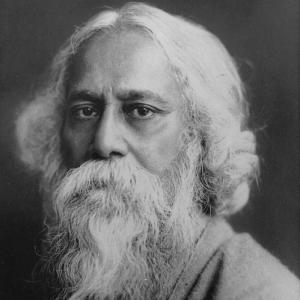 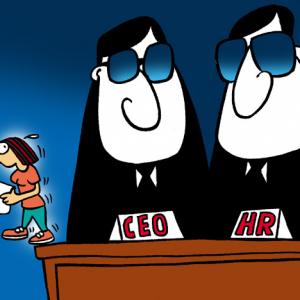 Fired from work? 6 things you must never do