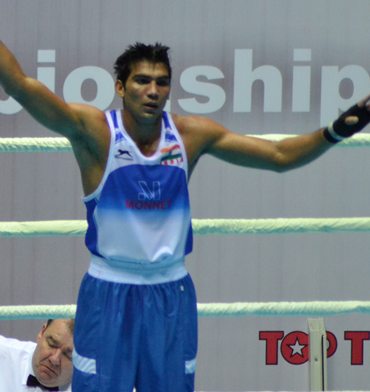 The duo sealed berths for the Olympic Games, becoming the first lot of Indian boxers to qualify for the mega-event.

The top 10 boxers (from 49kg to 81kg) make the Olympic cut, while boxers in the 91kg and +91kg category have to finish among the top-six to book their London tickets.But there was disappointment too for India, as Asian Games silver-medallist and 12th seed Dinesh Kumar bowed out after a 7-16 loss to Commonwealth Games gold-medallist Damien Hooper of Australia.

Manoj was the first to take the ring for India and the counter-puncher, who has won the coaches' admiration for his calculative approach and adaptability, again impressed with a composed performance.

The Haryana-boxer was trailing 3-6 in the opening round, but bounced back brilliantly to go level 7-7 in the second round and narrow the overall gap to 10-11. He went on the offensive in the final round, securing seven points against his opponent's two to clinch victory. 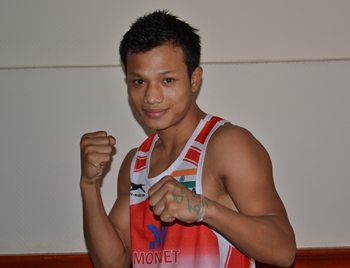 Next up was the spunky Devendro. He again displayed nerves of steel against a more fancied opponent.

The nimble-footed teen from Manipur established a 5-2 lead in the opening round, capitalising on his opponent's overtly defensive approach with some telling body blows.

"I was under immense pressure before this bout. It was once in a lifetime opportunity I did not want to miss and I think it helped me in the end to strain myself a bit before the bout," Devendro said from Baku.

Although his opponent grew more aggressive in the next two rounds, Devendro managed to negate that with precise straight body blows and hooks to seal the issue comfortably.

"I had fought with him during our recent training trip to France, where he was among those I sparred with. That gave me a good idea of his game and it helped me in this bout," he said.

But Dinesh's loss came as a dampener in the day session of the mega-event, as he paid the price for relying too much on power than movement against an agile opponent, who impressed with his ring craft and reflexes.