Sign in  |  Create a Rediffmail account
Rediff.com  » Sports » Lee-Hesh part ways again, but is it all over?

Lee-Hesh part ways again, but is it all over? 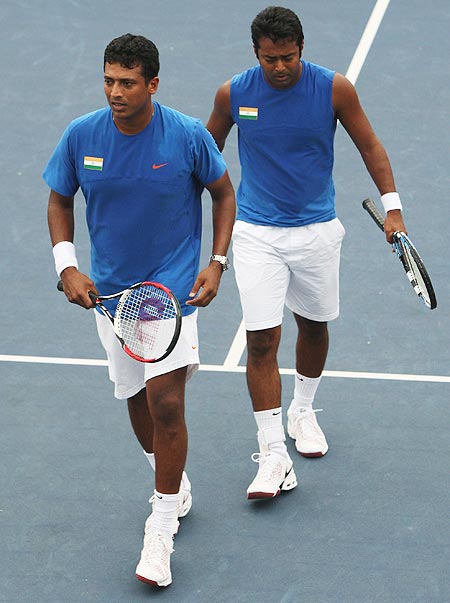 They were a potent combination to begin with. Then they decided to part ways.

Leander Paes and Mahesh Bhupathi accumulated an enviable number of trophies thereafter, but failed to replicate the success they had had as a team.

Subsequently, they kept joining forces when there was the need to represent India -- Davis Cup, Olympics, Asian Games et al -- while playing with various different partners on the tour.

A brief reunion was attempted in 2001. However, despite the French Open title, their third major as a team, they parted ways again.

The start was picture perfect, though 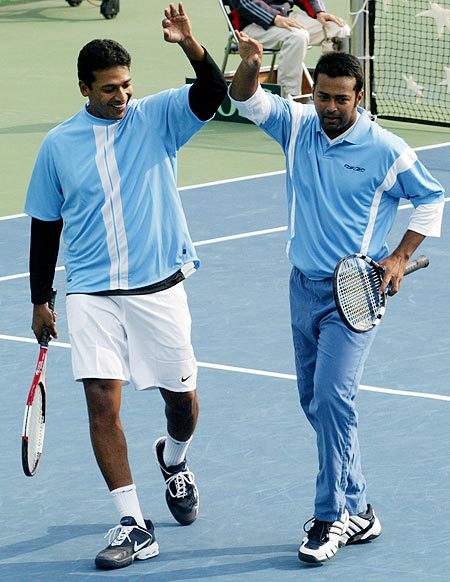 In October 2010, they came together again, suffering an opening round loss in Bangkok.

The match, the result notwithstanding, helped them reach a decision.

Despite considerable success in doubles, there were three important accolades missing from both their resumes. Neither Paes nor Bhupathi had an Australian Open title, a world title or an Olympic medal.

With age certainly not in their side -- Paes is 38, Bhupathi a year younger -- the duo decided to give it one last shot. They decided to play together as a team in 2011.

The start was picture perfect. 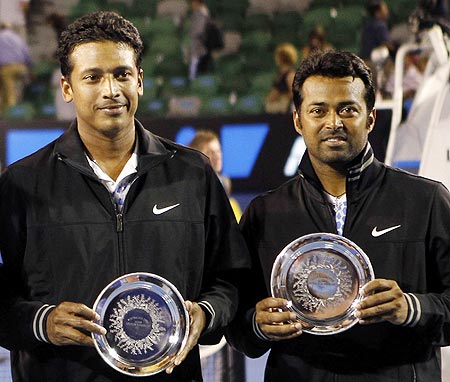 There couldn't have been a better preparation for the year's first major -- the Australian Open -- than a fifth title in Chennai, their first tournament of the year.

The 'Indian Express' made it all the way to the final in Melbourne as well. However, in the decider they came up against in-form Bryan brothers, the latter winning in straight sets. It was the second time that the Lee-Hesh combo had come up short in a Melbourne final, having lost the decider in 1999.

The veteran pairing carried on with their the good form to pocket title wins in Miami and Cincinnati, both ATP 1000 events while coming up second best to the Bryans again in the Queen's final. 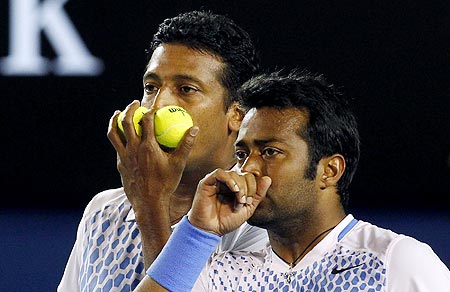 However, major success eluded them as also the world title -- they lost in the semi-finals in London.

It was not long after the season had got over came the announcement that they decided to call it quits yet again.

"I guess everyone has their own opinion. Leander just felt that we were possibly a little too old on the tour and not able to gel on a consistent basis. He felt that our team needed fresh legs on either side," explained Bhupathi, regarding the split.

"That was his point of view. Unfortunately, that's the crux of the equation today," he added.

The 'Indian Express' had played the whole year together, and done considerably well too.

However, as the year ended with an end to their partnership (hopefully for a final time), the pairing stood exactly where it was at the start of the year. They had failed to win that elusive Australian Open, perhaps they aren't destined to be world champions, and winning an Olympic medal together now seems out of question. 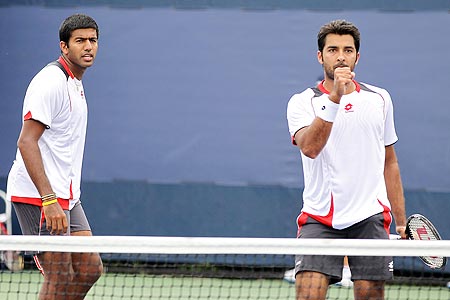 While Paes teams up with Radek Stepanek in 2012, Bhupathi will join forces with compatriot Rohan Bopanna, something that brings us to our second 'divorce'.

Bopanna and Aisam ul-Haq Qureshi started the year with the launch of their 'Stop War, Start Tennis' merchandise.

The 'Indo-Pak Express' had had a memorable 2010, winning their maiden title (in Johannesburg), reaching their first Grand Slam final (at the US Open) and finally winning the Arthur Ashe Humanitarian Award for their efforts to promote peace.

If last year had been good, 2011 was better. The duo won titles in Halle and Stockholm, reached the quarter-finals at Roland Garros and the last four in New York. 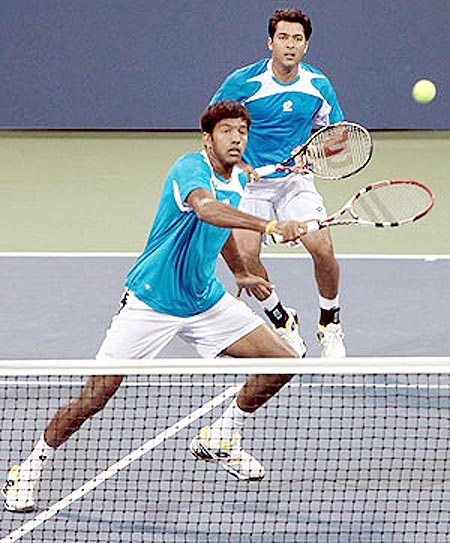 Then came their biggest success as a team. The duo beat the French combine of Julien Benneteau and Nicolas Mahut 6-2, 6-4 to win the Paris Bercy tournament, their first ATP 1000 success and fourth title from 11 finals. .

However, Bopanna's decision to join forces with Bhupathi (Aisam will partner Jean-Julien Roger next year) meant the Indo-Pak Express suffered the same fate as the Indian Express --- derailment.

The year, which had started offering dual hope for Indian tennis fans, ended up serving double disappointments instead.