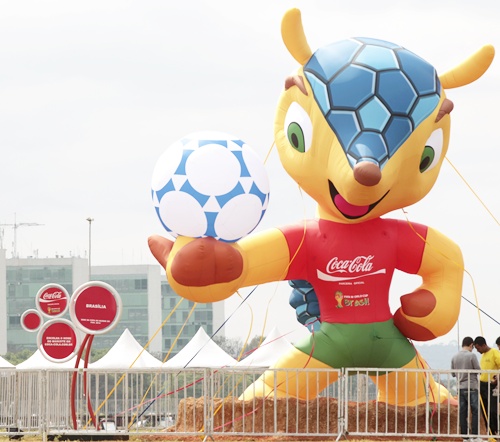 Spain had Naranjito, the smiling orange in 1982; France, Footix, the football-playing rooster in '98. Now, Brazil have chosen an endangered armadillo as the mascot for the 2014 World Cup.

While nature's version is light brown in colour, FIFA's mascot is yellow with green eyes and a blue shell, the colours of the Brazilian flag, holding aloft a football.

Here's a look at mascots of the last few World Cups. 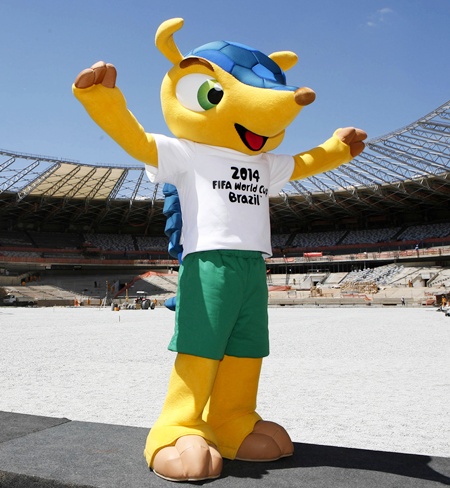 The inflatable model of Brazil's 2014 World Cup mascot was removed after being attacked by vandals, the second such incident in less than a week.

The seven-metre high model was removed from its spot near Brasilia's Esplanade of the Ministries, an enormous boulevard flanked by public buildings, after youths attacked it with knives, Brazilian media said.

Photographs showed a pile of earth and iron railings where the grinning mascot had previously stood.

Another model was damaged after it was attacked during demonstrations in the southern city of Porto Alegre.

Models of the mascot were placed in several Brazilian cities, including Sao Paulo. 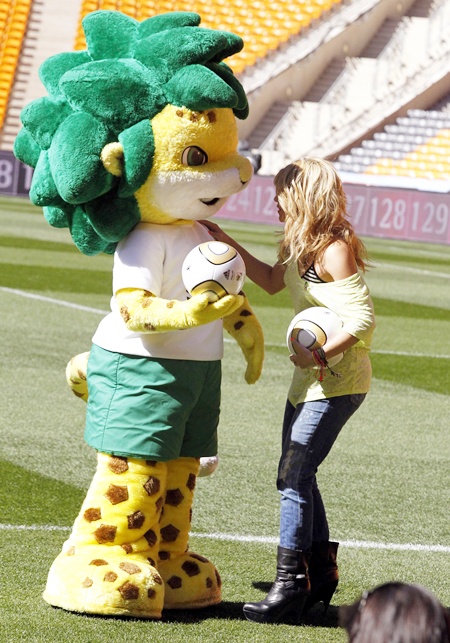 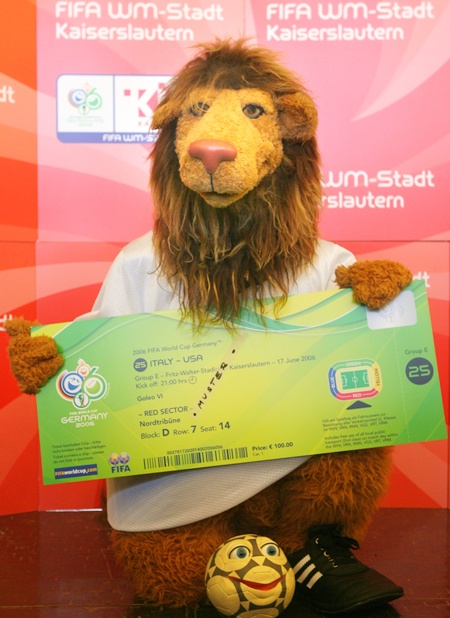 The 2006 FIFA mascot Goleo VI was a lion wearing a Germany shirt with the number 06 and a talking football named Pille.

Goleo is a portmanteau of the words "goal" and "leo", the Latin word for lion. In Germany,

"Pille" is a colloquial term for a football. 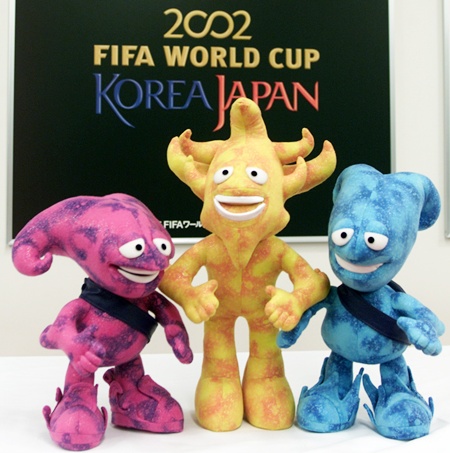 Collectively members of a team of "Atmoball" (a fictional football-like sport), Ato is the coach while Kaz and Nik are players.

The three individual names were selected from shortlists by users on the Internet and at McDonald's outlets in the host countries.