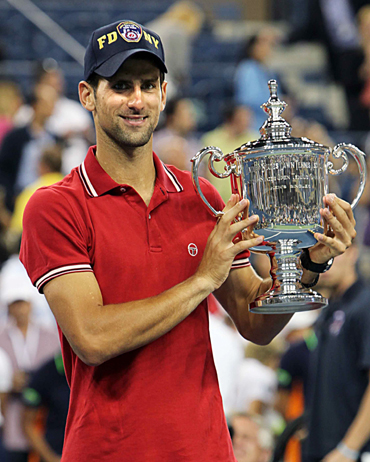 Following Novak Djokovic's triumph in New York, Bikash Mohapatra takes a look at the six players to have won three of the four majors in a year in the Open Era.

Novak Djokovic's US Open triumph on Monday was an earning proposition.

For starters, it earned him his first title in New York after two failed attempts in 2007 and 2010.

His 6-2, 6-4, 6-7, 6-1 win over Rafael Nadal in the final not only earned him revenge considering the Spaniard had beaten him in the final last year but also helped him tighten the stranglehold he has had over Rafa this year having beaten him in six finals, all big ticket tournaments.

The win bolstered his match record for the year to an impressive 64-2 and earned him his 10th title of the year (in 12 tournaments).

The Serbian's success also made him richer by USD 2.3 milion USD 1.8 for the title and an additional USD 500, 000 for finishing second in preceding US Open series.

Besides, it earned Djokovic the membership of an elite club. The 24-year-old became only the sixth player in the Open Era (since 1968) to win three major titles in a calendar year.

Even as Djokovic celebrates his achievement, rediff.com takes a look at the players whose feat the Serbian has emulated.

Laver did the 'Grand Slam' twice 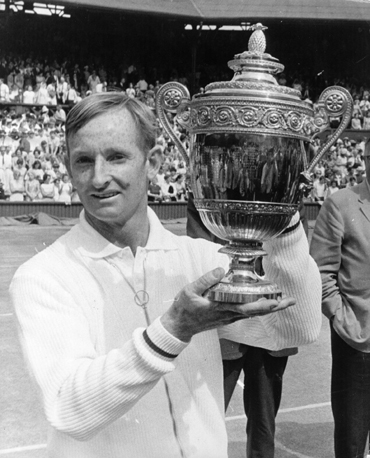 Winning a Grand Slam winning all four major titles in a calendar year - in men's tennis is difficult.

Doing it twice over is impossible.

However, Rod Laver made it possible.

The Rothampton Rocket first achieved the feat as an amateur in 1962. As tennis turned professional, the Australian stamped his authority yet again, winning all the four major titles in 1969.

Laver remains the only player, rather man, to have achieved the Grand Slam in the Open Era.

Had Jimbo been allowed at Roland Garros in 1974... 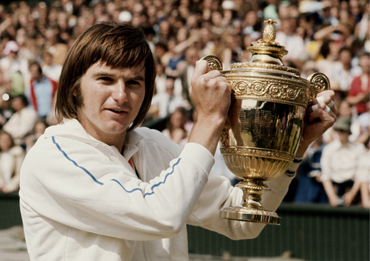 Image: Jimmy Connors of the United States holds aloft the trophy after defeating Ken Rosewall, 61, 61, 64in their Men's Singles final match at the Wimbledon Lawn Tennis Championship on 6th July 1974

If two words could sum up Jimmy Connors' career it would be fortitude and resilience.

The American played the sport for more two decades and won a whopping 109 singles titles, including eight majors.

Jimbo had a spectacular year in 1974, finishing with an incredible 99-4 match record and winning as many as 15 tournaments. Besides, he won three of the four major titles beating Australian Ken Rosewall at both Wimbledon and the US Open and Phil Dent in the final of the Australian Open.

The way he played that year he could have won at Roland Garros as well, had he not been excluded from the tournament. 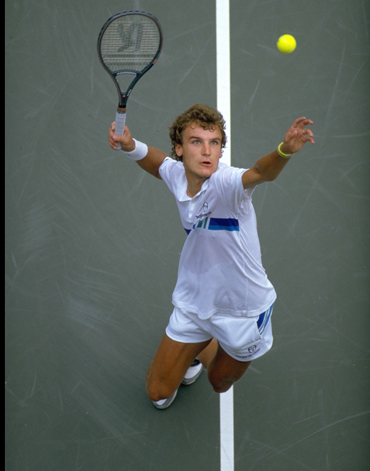 The Swede had a spectacular year in 1988.

He began with a five-set triumph over Pat Cash in what was the first Australian Open final played on a hard court.

He went on to demolish Henri Leconte in the French Open final before scoring a five-set triumph over Czech Ivan Lendl in the US Open final, a result that not only ensured him a revenge Lendl had beaten Wilander to the US title a year before but also helped him attain the No.1 ranking.

Wilander's lone failure came at Wimbledon, when he lost in the quarter-finals. However, with countryman Stefan Edberg winning that, it was a Grand Slam for Sweden that year.

Federer did it thrice 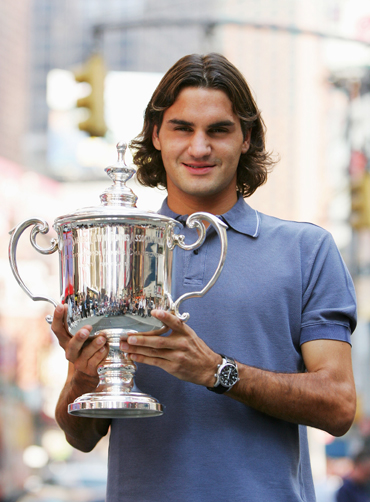 Image: oger Federer of Switzerland poses for a picture with his 2004 US Open trophy in Time Square on September 13, 2004 in New York City

Roger Federer is the only man to achieve the feat thrice.

The Swiss first won three of the four major titles in 2004. He went on to repeat his feat in 2006 and 2007, the French Open being the missing link on each of the three occasions.

The lone major on clay remained elusive for long, thereby delaying a career Grand Slam for the Swiss considerably.

To his credit though Federer finally won at Roland Garros, in 2009, having lost in the final in the three previous years.

While the Swiss has achieved a career Grand Slam, chances of him winning all the four major titles in a calendar year are unlikely.

Nadal did so last year 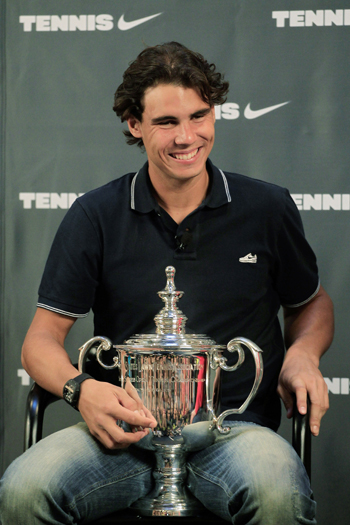 Image: Rafael Nadal of Spain, the 2010 U.S. Open Champion, during an appearance at Niketown on September 14, 2010 in New York City

In fact he won three straight, starting with the customary triumph at Roland Garros.

While a revenge win over Swede Robin Soderling earned Rafa his fifth French Open title he won a sixth this year Czech Tomas Berdych did little to prevent him from winning his second Wimbledon.

The Spaniard then beat Novak Djokovic in four sets to win his third straight major at the US Open.

The Serbian has returned the compliment this year.