Sign in  |  Create a Rediffmail account
Rediff.com  » Sports » To stop racism we all need to contribute, together: Ballotelli

To stop racism we all need to contribute, together: Ballotelli 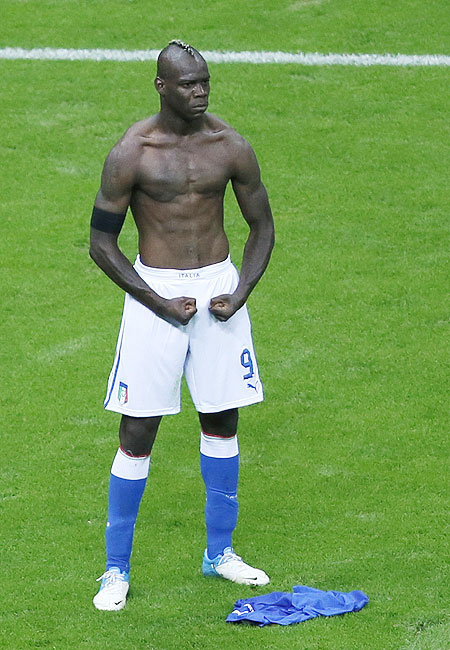 Italy striker Mario Balotelli, a high profile victim of racist abuse from the stands, says world soccer is not doing enough to combat the problem.

The 22-year-old was born in Italy to Ghanaian parents and has long had to deal with insults from fans of Juventus, who were forced to play a game behind closed doors in 2009 after supporters sang "a black Italian does not exist".

Juve fans still chant "jump up and down and Balotelli will die" but the song is deemed not to be racist by Italy's Serie A, who did fine his former club Inter Milan after monkey chants were heard in the derby with his new club AC Milan last month.

"It annoys me, it makes me angry and I don't like it. However, we're are making too little progress on this issue," Balotelli told a news conference on Sunday ahead of Tuesday's World Cup qualifier in Malta.

A 30,000 euro sanction was also dished out by Serie A to Genoa after fans sang racist chants against Milan this month and Croatia were hit with an 80,000 euro fine by UEFA at Euro 2012 for racist abuse towards Balotelli.

'To stop racism we all need to contribute, together' 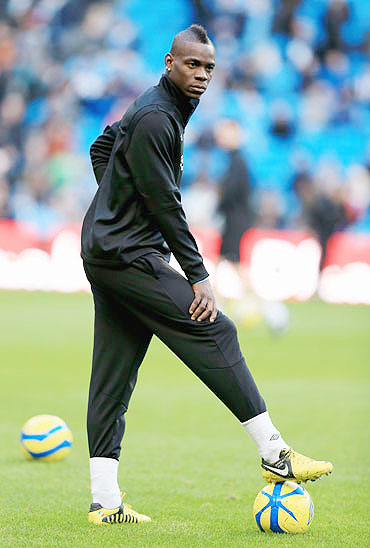 Anti-racism campaigners slammed UEFA as the Croatia fine was 20,000 euros less than the punishment handed out to Denmark striker Nicklas Bendtner for revealing the logo of a betting company on his underpants while celebrating a goal at the Euros.

UEFA and FIFA have since started cracking down harder on racist incidents after gauging the public mood.

Milan's Kevin-Prince Boateng drew widespread praise after storming off the pitch and forcing a match to be abandoned in January when he was racially abused from the stands in a friendly at Italian lower-division side Pro Patria.

Ghana's Boateng has since joined FIFA's anti-discrimination task force and even spoke at the United Nations on the issue.

"I agree with him, to stop racism we all need to contribute, together," Balotelli said.