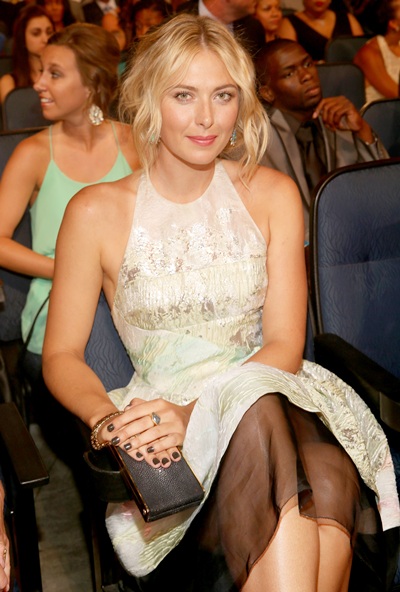 The Russian tennis star Maria Sharapova, who recently met Hollywood's Kevin Bacon at an awards function, easily towered over the actor during the event. Bacon, who is 5ft 10ins, is hardly vertically challenged, but Sharapova, at 6ft 1in, towered over him at the sports awards ceremony in Los Angeles, the Daily Express reported.

The 26-year old tennis champion had even teamed up her colourful halterneck cocktail dress with 3-inch killer heels.