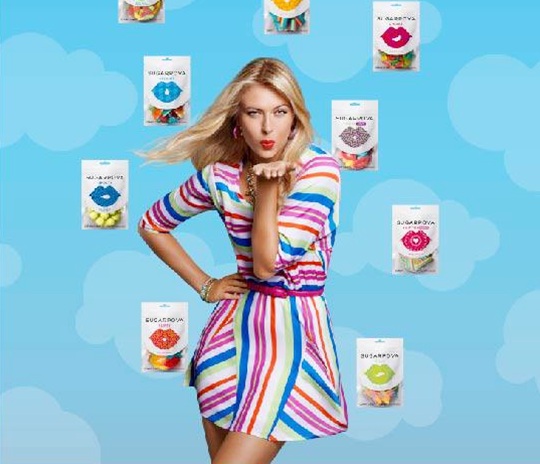 Russian tennis player Maria Sharapova, the world's top paid female athlete, came under attack on Tuesday for using her fame on court to sell a brand of sweets to her young followers.

Sharapova, 26, has taken the first steps to becoming her own brand by launching a range of sweets called Sugarpova that includes a variety of sugary and sour confectionary in shapes ranging from tennis balls to lips. 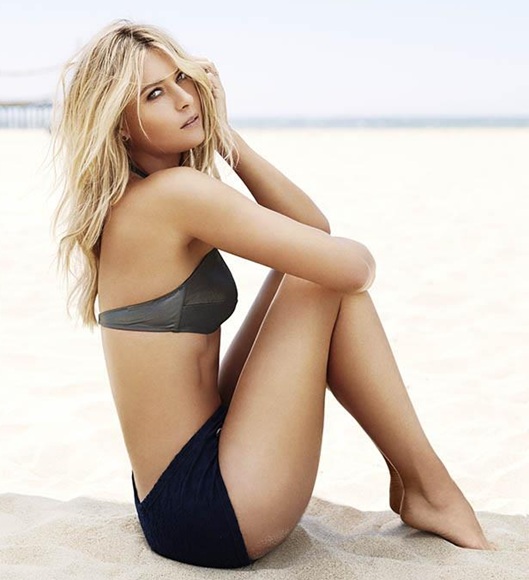 The sweets went on sale at London's Selfridges department store as the 2013 Wimbledon tennis championships got underway at the All England Club where Sharapova beat France's Kristina Mladenovic on Monday.

The National Obesity Forum accused Sharapova of being "irresponsible" for using her role model status to promote unhealthy eating and failing to identify the difference between snacking and excessive consumption. "Maria promoting her sugary sweets is OK but only if she makes clear that you can only eat sweets like that every day and look like her if you are playing tennis 15 hours a day," Tam Fry, a member of the National Obesity Forum and chairman of the Child Growth Foundation charity, told Reuters.

He called on the third-seeded Sharapova to think of the "unintended consequences" of promoting such a product. Sharapova's Sugarpovas are on sale at Selfridges for 3.99 pounds a packet and were launched in some stores in the United States last year.

"Of course sugar is meant to be bad for you but my philosophy has always been everything in moderation," Sharapova told reporters at the Sugarpova launch in Selfridges earlier this month. 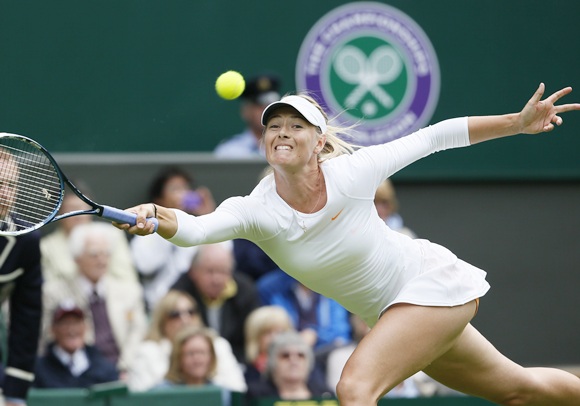 A spokeswoman for Selfridges said the sales were going well and stressed Sharapova's comments about moderation.

One of the most marketable figures in women's tennis, Sharapova was listed as the world's top earning female athlete by business magazine Forbes in June this year, ranked 22nd among the top paid sports men and women.