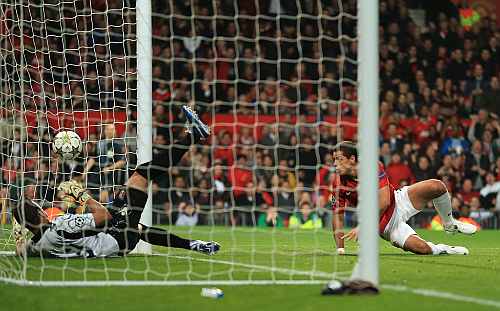 Barcelona and fellow former Champions League winners Manchester United had to draw on all their class to come from behind and claim home wins against Celtic and Braga respectively.

Barcelona's last gasp 2-1 win over the Scottish champions and United's 3-2 victory over Braga, which saw the English giants become only the second side to come back from a 2-0 deficit twice and win -- the other being Arsenal – sees both of them needing just a point from their next games to seal a place in the knockout stages, reports AFP.

Holders Chelsea, though, are going to have to battle hard to reach that stage after they came away 2-1 losers to an impressive Shakhtar Donetsk at their fortress in Ukraine.

Shakhtar top that group on seven points while Chelsea's loss was slightly offset as Juventus had to come from behind to draw 1-1 in Copenhagen against Danish minnows Nordsjaelland for whom Mikkel Beckmann's goal was their first in the competition. 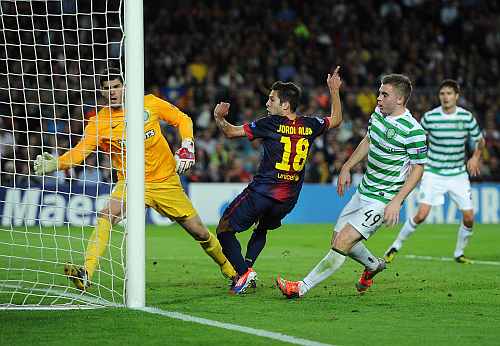 Celtic had taken the lead through an own goal by Javier Mascherano -- completing a wretched few days for the Argentinian who was sent off at the weekend - but a superb goal at the end of the first-half by Andres Iniesta leveled matters.

Despite a splendid rearguard action throughout the second half Celtic succumbed to a goal by Jordi Alba -- his first at the Nou Camp -- in the fourth minute of time added on as Barca recorded their 100th win in Champions League competition.

Victory also saw Barcelona break their club record for an unbeaten run at home extending the present one to 18, with their last defeat coming against Rubin Kazan in October 2009.

"I think that our win was deserved," said Alba, who moved to Barcelona in the summer from Valencia.

"The strength of this (Barcelona) team, is that it resists till the end. A match lasts for 90 minutes and that is the length of time that Barca spends trying to score," he added. 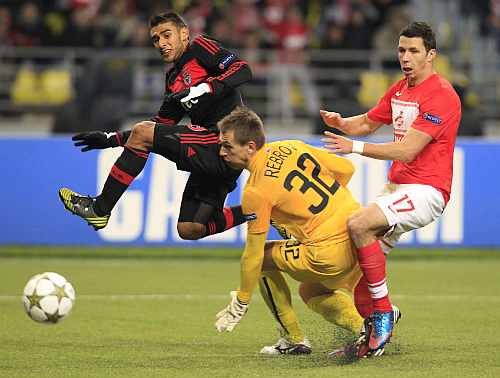 Lennon said he couldn't be prouder of his side and relished the chance of a second go at Barcelona in Glasgow in a fortnight.

"They were brave and stuck with what I asked them to do," Lennon said.

"They defended brilliantly and at times we looked dangerous on the counter-attack. Everybody had written us off but I knew of the quality of the character in the team. I look forward to doing it again in a couple of weeks," he added.

Despite Celtic's bravura performance they only have a one point advantage over Spartak Moscow, who grabbed their first win of the campaign after two defeats with a 2-1 home win over Benfica.

"We scored only twice but played with commitment both in attack and in defence giving our rivals almost no chance to play to their strengths," said Spartak's Spanish coach Unai Emery. 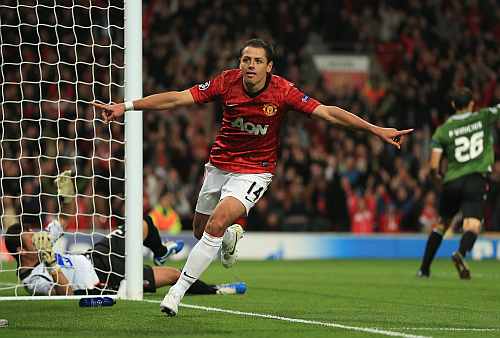 United had to rely on a brace from the outstanding Javier Hernandez and a messy one from Jonny Evans to storm back and take the three points after their fragile defence, which saw Rio Ferdinand rested, had conceded two early goals to Alan.

United manager Alex Ferguson said he was getting used to having to rely on his offensive players to get the side back into contention in matches.

"It's been the story of our season at home, starting badly and losing goals," Ferguson said.

"We have had to rescue games and it is the front players doing that. We played some terrific football tonight but it is a concern losing the goals." 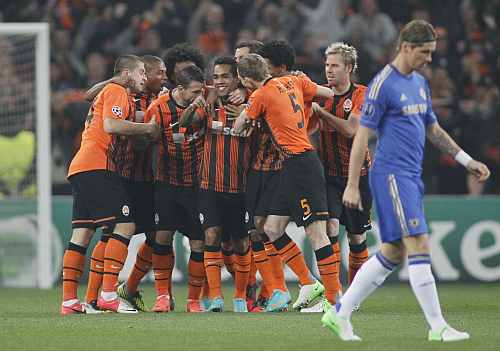 Shakhtar Donetsk led the way for the Champions League underdogs as they beat holders Chelsea 2-1.

A year to the day since Chelsea captain John Terry racially insulted Anton Ferdinand of Queens Park Rangers, for which he is now serving a four-match domestic ban, he is eligible to play in Europe but could not stop Shakhtar scoring after three minutes.

He failed to clear a pass to Alex Teizera who took advantage of poor defending to angle a shot past Chelsea's Petr Cech who then made a succession of good saves to keep the score down.

Fernandinho doubled the home side's lead after halftime before Oscar became the third Brazilian to score in the match with a late consolation for the well-beaten visitors.

"We are not afraid of playing against teams like Chelsea," said Shakhtar's Romanian coach Mircea Lucescu.

"I think we deserved this victory - we created many more opportunities and the score could have been 4-1. "Cech had an extraordinary game tonight.

"Maybe Chelsea started a bit too relaxed." Roberto Di Matteo, whose Chelsea side lost their first Champions League game since he became manager in March, said: "Shakhtar have a good track record at home, particularly against the English teams.