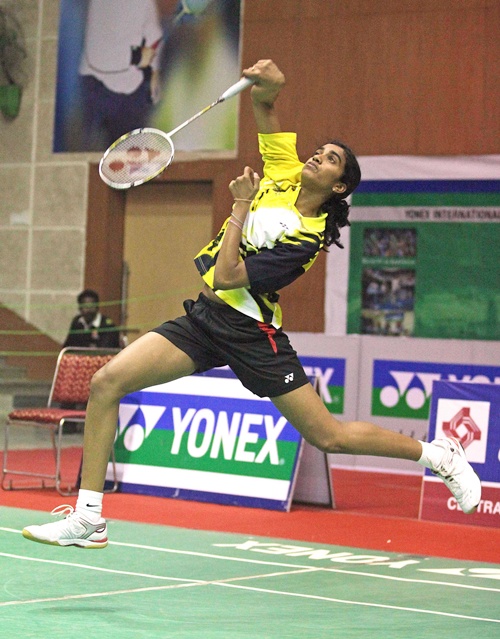 India's rising badminton star P V Sindhu continued to take giant strides towards asserting herself as one of the best of Indian badminton by lifting the Macau Open Grand Prix Gold title with a thumping win over Canada's Michelle Li in the summit clash, in Macau on Sunday.

Sindhu made headlines after her win over Olympic gold medallist Li Xuerui, draws inspiration from Saina Nehwal's on-court performances. The top-seeded 18-year-old won the match 21-15, 21-12 in merely 37 minutes to clinch her second Grand Prix Gold title after the Malaysia Open in May. 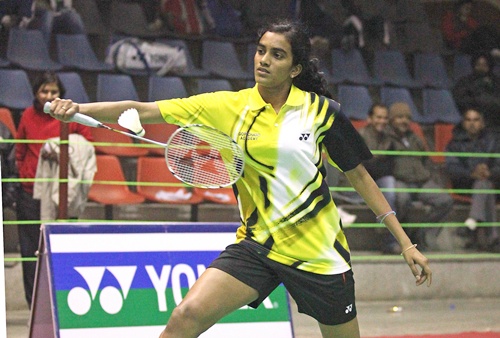 The Indian sensation, who was bestowed the Arjuna award this year, was ruthlessly dominant from start to finish in the lop-sided encounter against the seventh-seeded Canadian.

In the first game, Sindhu raced to a 7-0 lead within just two minutes of start of play before Li finally registered herself on the score sheet.

But the Indian was relentless in her attack and never allowed any breathing space to her World No 30 rival.

Although Li managed to reduce the gap between the two to 9-6 at one stage but Sindhu managed to keep herself in front.

The second game started on a slightly even note with both players going neck and neck for the first few minutes. The scores were level at 5-5 with Li displaying better command over netplay.

But Sindhu eventually broke through to go into the lead and was placed comfortably at 11-6 when the break was taken. 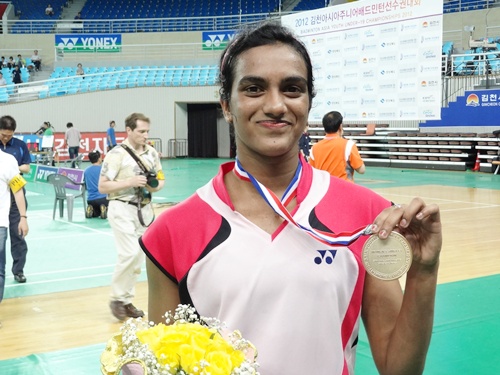 The Indian did not let the momentum shift even once after that as she piled on the points, showing better control of the baseline to emerge champion.

The year has been a remarkable one for the Hyderabad-based shuttler.

Besides the Malaysia Open triumph, she also became India's first women's singles medallist at the World Championship with back-to-back wins against fancied Chinese rivals in the mega-event.

This was India's first singles medal at the World Championships since Prakash Padukone won a bronze in the 1983 edition.