Vijender to switch to light-heavy category 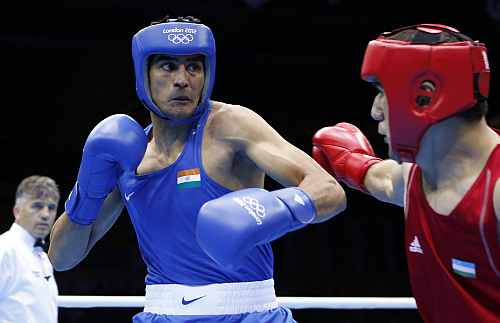 Vijender Singh, whose dream of bagging back-to-back Olympic medals came crashing down on Monday, is planning to switch to the light-heavyweight category (81 kg) in a bid to win more medals.

The Beijing Games bronze medallist currently takes part in the 75 kg category and his decision to move to a heavier category is a "tactical one".

"I have been fighting in 75 kg for the last six years or so. I will now shift to 81 kg and I hope I will be able to perform well in this new category. I hope to do well for India in this category and look to take part in the next Olympics," Vijender said. 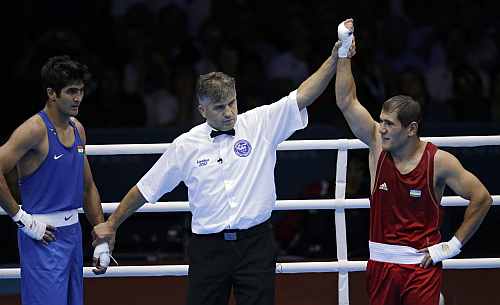 On Monday night's bout against Uzbekistan's Abbos Atoev in the quarter-finals, which he lost 13-17, Vijender said, "I gave 100 per cent but it was bad luck that I could not win."

"I gave it all but could not win. He is a very good boxer. I did make some mistakes which cost me. But in sport, it happens. You win some, you lose some," he said.

'I pulled my back muscle in the second round' 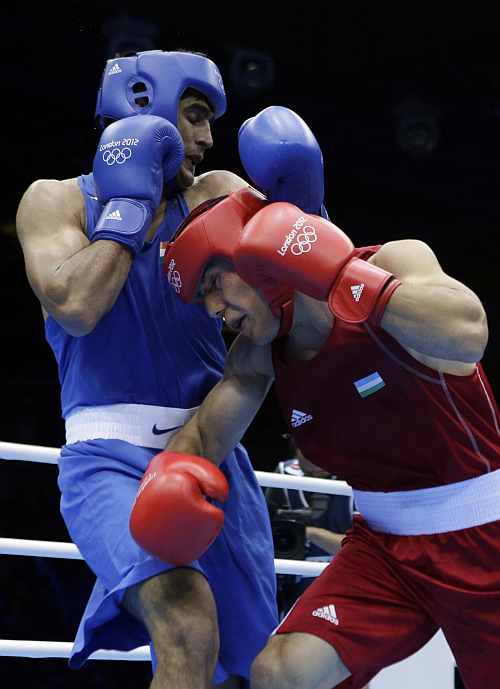 Vijender, a former world No 1, said he pulled a back muscle in the second round and that hampered his movement to some extent.

"I pulled my back muscle in the second round. It will be okay soon; I will take treatment for that and it should be alright," he said.

The 26-year-old fought gallantly but was found wanting against a strong Uzbek opponent who carved out a 17-13 victory in a nerve-wracking contest.

M C Mary Kom (women's 51 kg), who is assured of at least a bronze medal, and Devendro Singh (49 kg) are the two Indian pugilists still in the fray. Both will be seen in action on Wednesday.

Tags: Devendro Singh , Mary Kom
More
© Copyright 2022 PTI. All rights reserved. Republication or redistribution of PTI content, including by framing or similar means, is expressly prohibited without the prior written consent.
Write a
Comment
Print this
article