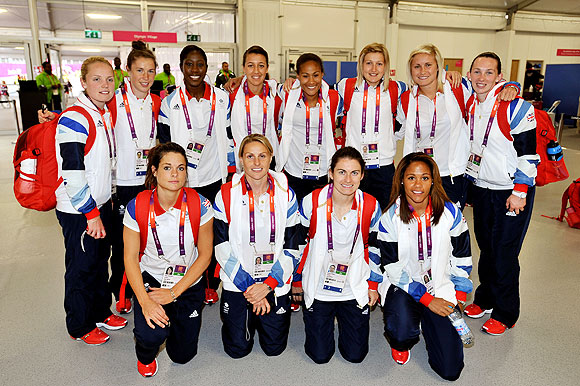 The first wave of Olympic athletes and visitors began pouring into Britain on Monday as officials played down fears that a packed London would buckle under the pressure of its biggest peacetime security and transport operation.

An embarrassing shortage of security guards, fears over airport queues and questions about the capital's creaking transport system have overshadowed preparations for the Games.

Extra soldiers and police were mobilised to help guard the Games after private security firm G4S said it had run out of time to train all its newly recruited staff. 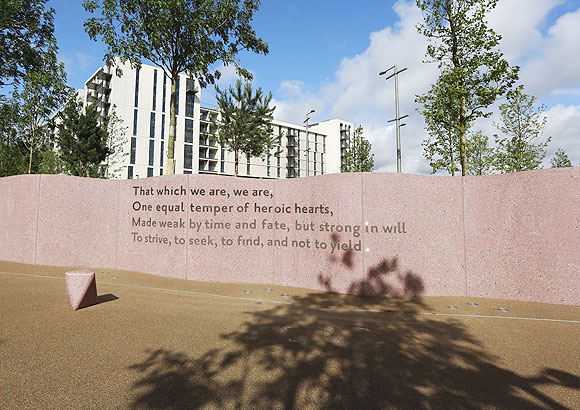 Image: Words from a Ulysses poem by Alfred Tennyson are inscribed in the wall next to the Olympic Village Service Centre
Photographs: Olivia Harris - WPA Pool/Getty Images

The security fiasco dominated headlines and Cameron's coalition government was forced to defend itself in parliament from media accusations it had known for months of G4S's recruitment problems.

"In fact, G4S repeatedly assured us they would overshoot their targets," Home Secretary Theresa May, the minister responsible for domestic security, told lawmakers.

"G4S only told the government that they would be unable to meet their contractual obligations last Wednesday," she added, the day before May announced Britain would deploy a further 3,500 troops to make up the shortfall.

Police said personnel from eight forces across Britain had been deployed earlier than planned because of G4S's failings as part of a force that will peak at 12,500 officers on Olympics duty a day.
Tags: G4S , Theresa May , Britain , Cameron 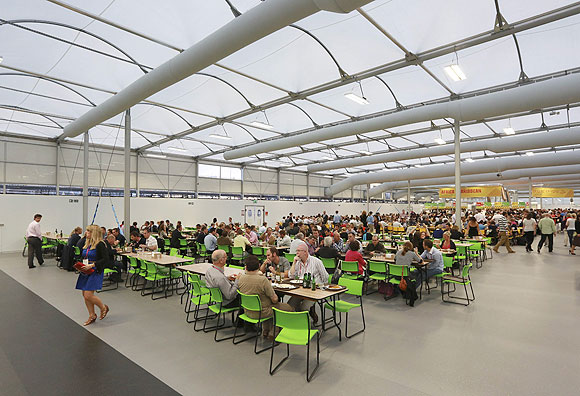 The police staff association condemned G4S, a company they see taking jobs from its members as forces look to the private sector to cope with spending cuts.

"What is unacceptable is that the officers I represent have to have their plans changed at such short notice to back fill for what is a shambles by a private company G4S who failed to deliver," West Midlands Police Federation Chairman Ian Edwards told Sky News.

Shares in G4S fell to the lowest level in more than six months on fears the fallout from the botched contract could hurt its chances of winning work in Britain and abroad.

Security chiefs said they were prepared for threats on the scale of the September 11, 2001, attacks. Four British Islamist suicide bombers killed 52 people on three trains and a bus in London on the day after London won the Games in July 2005.

Safety levels had not been compromised by the G4S glitch 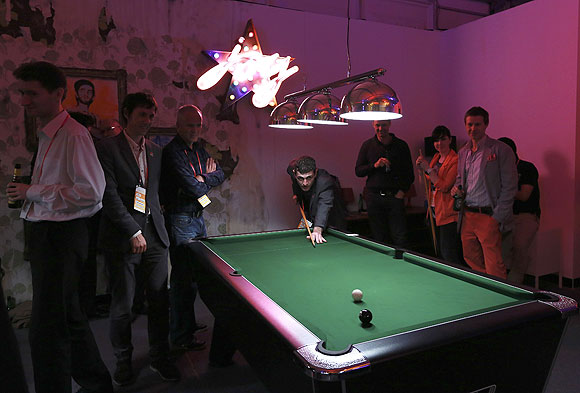 The private guards, police and soldiers are being backed up by fighter jets and missile batteries placed on the top of apartment blocks near the Olympics site in east London.

The International Olympic Committee said on Monday safety levels had not been compromised by the G4S glitch.

US transport officials will also be based at London's main Heathrow Airport and some other British airports for the duration of the Games, as part of a separate security arrangement that has nothing "whatsoever to do with the G4S issue," a UK Department of Transport spokesman said.

"The Department for Transport is in regular contact with the US Transportation Security Administration and we have been planning Olympics liaison arrangements with the US for several months."

The spokesman would not comment on reports that the US officials will help US carriers and also assist British carriers travelling to and from the United States.

'I was expecting a three-hour queue like everyone said' 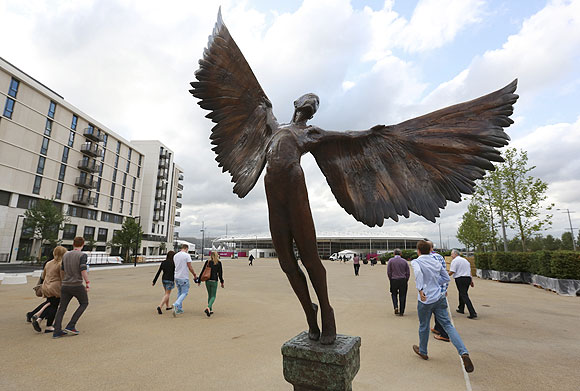 Image: A statue of Icarus marks the way to the 5000 capacity temporary dining hall of the Olympic Village
Photographs: Olivia Harris / Reuters

On Monday, Heathrow, notorious for passport and security queues, handled what was due to be its busiest day on record, while the Olympic village opened its doors to the first athletes.

"I was expecting a three-hour queue like everyone said. It took not even five minutes. It was flawless -- good job London," said John Retsios, 36, who had flown from New York with the US modern pentathlon team.

Airport operator BAA Plc, owned by Spain's Ferrovial, said it expected a record 237,000 passengers to use Heathrow on Monday, including 335 athletes. The busiest day for arriving athletes is expected to be July 24.

The first section of road reserved for Olympic athletes and officials began operating on Monday, when one lane of the motorway linking Heathrow with the western edge of the capital was closed to all non-Olympic traffic.
Tags: BAA Plc , Heathrow , John Retsios , New York , Ferrovial

'London 2012 is to be commended for the professionalism' 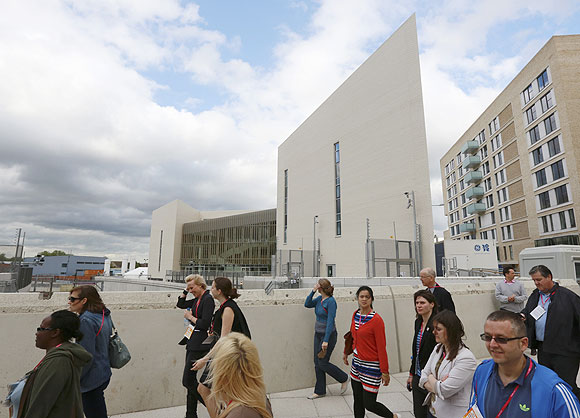 It will form part of a 30-mile (48-km) network of road lanes designed to whisk 82,000 athletes and officials through London's notoriously congested streets. Critics have nicknamed them "Zil lanes" after the roads reserved for the limousines of senior officials in the old Soviet Union.

Traffic in central London was down by 10 percent, the capital's transport chief Peter Hendy said, as drivers took heed of warnings to avoid the capital during the Olympic rush.

Not everything ran to order, however. One member of the U.S. athletics team complained on Twitter that the bus taking him to the Olympic Village was lost for four hours en route.

But the US Olympic Committee said feedback from American athletes arriving in London had been "fantastic".

"(London 2012 organiser) LOCOG is to be commended for the professionalism in which they have organised these Games and one bus trip doesn't detract from that a bit," spokesman Patrick Sandusky said.
Tags: LOCOG , London , US Olympic Committee , Kerron Clement , Peter Hendy
More
Source: