Sign in  |  Create a Rediffmail account
Rediff.com  » Sports » 'I was moved by Priyanka Chopra's acting in Mary Kom' 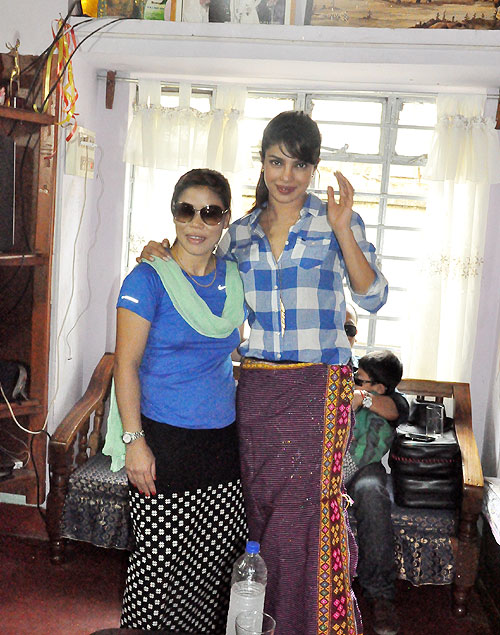 Olympic bronze medallist M C Mary Kom is confident that Priyanka Chopra's work in Sanjay Leela Bhansali's film on her life will strike a chord with the audience.

The multiple World champion from Manipur is the subject of Omang Kumar's directorial debut Mary Kom.

Biopics on sportspersons are in vogue, the box-office success of Bhaag Milkha Bhaag being an indicator. And the ace pugilist feels the story of her life will also strike a chord with the audience.

"I have watched the film at a special screening and I liked it a lot. It was a very nice feeling to watch the movie and it has come out very well," said Mary Kom, who won a bronze medal at the 2012 Olympics in London.

'Priyanka is absolutely brilliant in the movie' 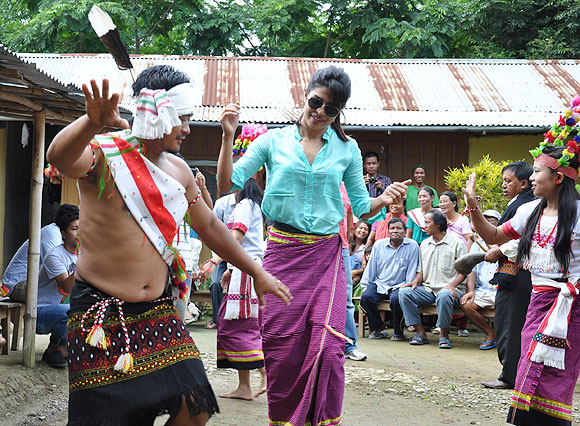 "Priyanka," said Mary, on the sidelines of a promotional event of the Central Reserve Police Force, "is absolutely brilliant in the movie. It was a stunning performance by her and I was moved by her acting."

Mary Kom is slated for release on September 5, with Priyanka in the lead role, while new actor Darshan Kumar will play the role of her husband, Onler Kom.