Photos: Bollywood, sports stars rev it up at Indian GP 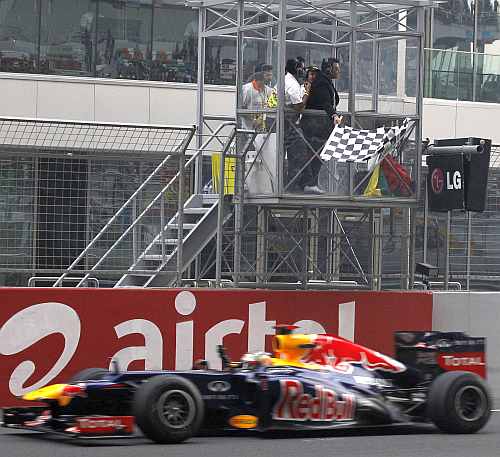 The second edition of the Indian Grand Prix received a huge response from tinsel town and sporting fraternity as a host of Bollywood and cricketing stars and India's Olympic heroes graced the event at the Buddh International Circuit. 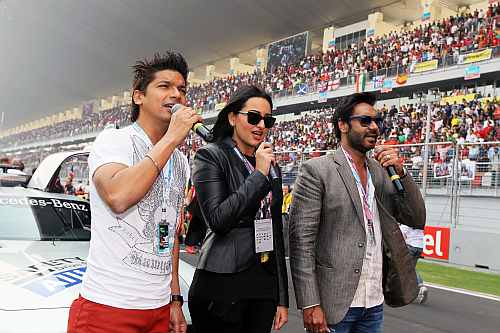 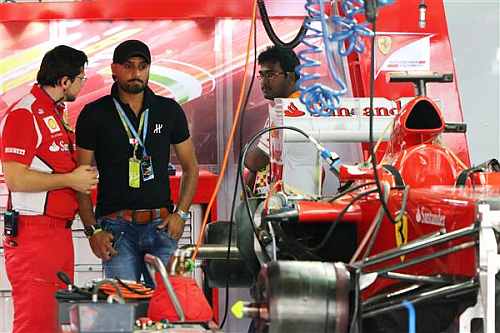 Among the sporting stars spotted at the BIC were India's medallists at the London Olympics, wrestler Sushil Kumar, shooter Vijay Kumar and Gagan Narang, who waved the chequered flag at the end of the race.

Other Indian athletes who made it to the event were archer Deepika Kumari and chess player Tania Sachdev.

The cricketing fraternity was led by Yuvraj Singh, Virat Kohli and Harbhajan Singh, who came along with his long-time girlfriend Geeta Basra. Narang, who has been roped in at the last minute to wave the chequered flag in place of actor Hrithik Roshan, was seemingly overwhelmed with the honour.

"It's a wonderful opportunity for me to be a part of the F1 race. I'm honoured to chequer the flag at the end of the race.

"It is indeed great to watch other sports gaining importance in India," said Narang, who won a bronze medal in 10m air rifle event at London Olympics earlier this year."