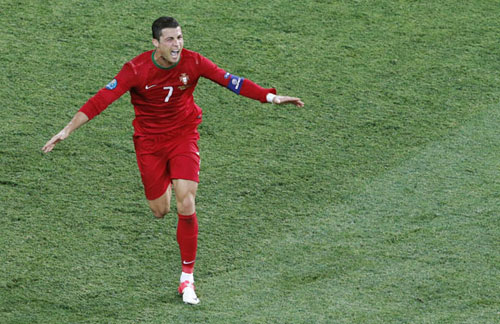 Cristiano Ronaldo has scored at will in the Spanish and English leagues in recent seasons but can struggle for Portugal, leaving the Czech Republic hopeful that he fails to shine in their Euro 2012 quarter-final later on Thursday.

Which Ronaldo will show up is anyone's guess after the forward spurned some glorious chances in the defeat by Denmark in the group stages but whose two goals against the Netherlands powered his country into the last eight.

Either way, Portugal will be considered favourites to progress past the unfancied Czechs, whose defence was ripped to shreds by Russia in their opening match of the tournament before Michal Bilek's team recovered to win Group A.

Rosicky likely to return after recovery 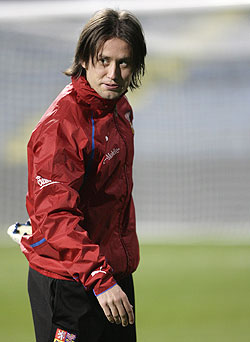 They could be boosted by the return of captain Tomas Rosicky, who sat out the 1-0 win over Poland with an Achilles problem but who has described his chances of starting as "bigger".

In two meetings so far honours are even, the Czechs winning 1-0 at Euro 1996 while Portugal ran out 3-1 victors at Euro 2008. Curiously the Czechs have lost to the eventual winners in three of the last four Euro finals.

The winner of Thursday's clash at Warsaw's National Stadium has a tall order in store if they want to reach the final with either holders Spain or France waiting in the last four in Donetsk next Wednesday.
Tags: Tomas Rosicky , France , Portugal , Poland , Spain
More
Source: