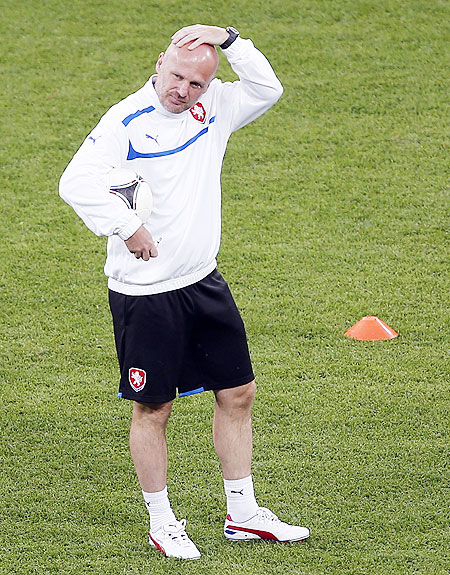 Unloved, unwanted and unappreciated by fans who have long doubted him, Czech Republic coach Michal Bilek's achievement in guiding an unfancied side to the Euro 2012 quarter-finals should help silence the critics.

Throughout a bumpy qualifying campaign that only saw the Czechs book their ticket to the tournament through a playoff win over Montenegro, Bilek has been pilloried by fans and local media unhappy with his squad choices and tactics.

During their opening Group A match shouts of "Bilek out" filled the stadium as Russia ran riot in a 4-1 victory and most people wrote off the Czech's chances at the finals.

But a few tactical changes showed that Bilek does have the tactical nous needed to get the job done as the team rebounded for wins against Greece and co-hosts Poland to win the group.

'Of course I'm not happy about the jeers' 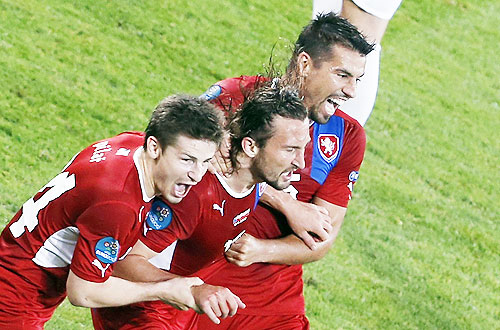 He brought defensive midfielder Tomas Hubschman into the lineup and moved the lively Petr Jiracek to the wing.

In the final two games the Czechs conceded only because of a Petr Cech blunder while Hubschman helped make two goals and Jiracek scored twice.

They also changed their style of play, showing more patience going forward and not exposing themselves to the kind of swift counter-attack goals they conceded against the Russians.

"Of course I'm not happy about it," Bilek said about the jeers from the supporters. "There are some fans who show you from the beginning they are not rooting for you as a person. There is nothing I can do about it."

The jeering was absent during a gripping game against Poland in which Bilek's men had to play without their injured captain and playmaker Tomas Rosicky.

The Czechs withstood early Polish pressure and took the lead in the 72nd minute when Jiracek collected a pass from Milan Baros and cut inside a defender before slotting the ball into the net in a build-up that started with Hubschman.

'Seeing the fans happy gives us a lot of strength' 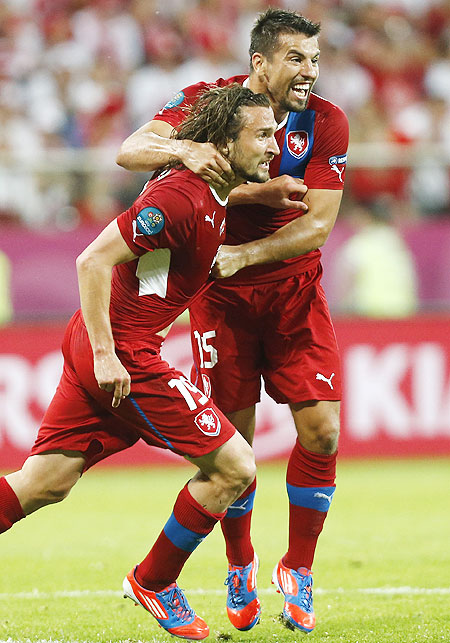 The Czechs advance to the last eight with Greece, who upset Russia 1-0 in Warsaw, and will play the runners-up of Group B.

"We won the two matches we had to and we are going on," Bilek said after the Poland win. "Seeing the fans happy gives us a lot of strength."

The victory puts the Czechs back in the knockout stage of a major tournament for the first time since making it to the semi-finals in Euro 2004 when they lost to Greece.

Charged with qualifying for Euro 2012 after the Czechs missed out on the last World Cup, Bilek turned to a core of young players who played key roles to turn around the team's fortunes.

Jiracek, defender Theo Gebre Selassie and tricky midfielder Vaclav Pilar joined the squad in the past year and have all made a big difference as Bilek sought to groom a new generation.

The hard-working former Czech midfielder, who scored 11 goals in 35 internationals and played at the 1990 World Cup, can now be satisfied that while he may not be popular he has given the fans everything they wanted and more.

"The team is confident and we trust each other," Bilek said. "We've been in difficult situations but we have been able to play as a team."