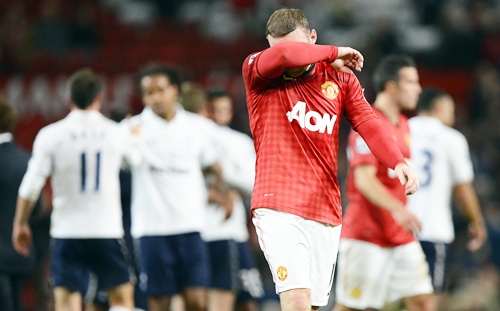 The most dramatic game was at Old Trafford where Spurs had not beaten United since a Gary Lineker winner 23 years ago -- and not beaten them in any of their last 22 Premier League clashes home or away.

In that time they have led United on a number of occasions and 11 years ago to the day were 3-0 up against them at halftime at White Hart Lane before losing 5-3.

So despite Jan Vertonghen putting Spurs ahead after two minutes and Gareth Bale making it 2-0 after 32 minutes after a charging run and shot through the heart of the United defence, there was no taking victory for granted.

United, outplayed in the first half, controlled the game in the second after Wayne Rooney replaced Ryan Giggs and they pulled one back when Nani touched in Rooney's cross six minutes after the break, the first of three goals in less than three minutes.

Spurs replied almost immediately in the 52nd minute when Clint Dempsey fired into an empty net when United keeper Anders Lindegaard saved from Bale -- but Spurs' lead lasted only one minute before Shinji Kagawa wriggled through a static Spurs defence to make it 3-2. 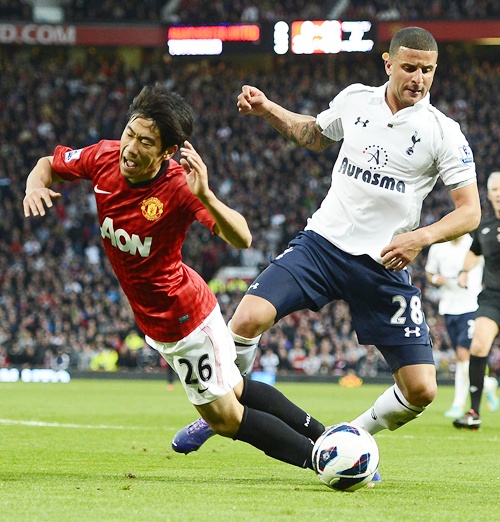 United then bombarded Spurs goal for half-an-hour, hit the woodwork twice and had penalty appeals turned down, but could not force the equaliser as they slipped to their second league defeat of the season.

Manager Alex Ferguson told ESPN afterwards: "We made a poor start to the game and defended poorly. In the second half we were fantastic and should have got something out of the game but were very unlucky."

Spurs manager Andre Villas-Boas, whose team have not lost in seven matches in any competition since the opening day, said: "I thought we were tremendous today.

"The first half was totally different from the second, we fought for each other and ended up winning it tonight. We proved we can count on each other and can do some great things this year, that's the most important lesson we got from tonight." 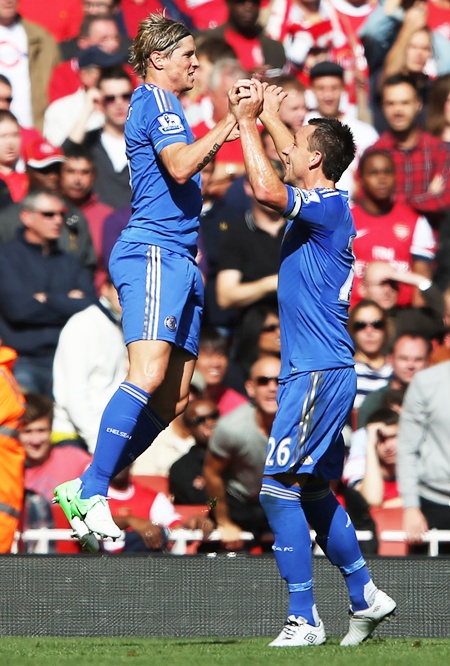 The two games started and finished a superb day of action with Liverpool ending their worst start to a season for over a century with Luis Suarez scoring a hat-trick as they won 5-2 at Norwich City for their first league win at the sixth attempt.

Champions Manchester City also trailed but hit back to win 2-1 at Fulham with a late winner from substitute Edin Dzeko pushing them up to fourth.

Unbeaten Chelsea, who won at Arsenal with goals from Spaniards Fernando Torres and Juan Mata, have won five and drawn one and top the table with 16 points, followed by Everton on 13, United on 12, City on 12 and Spurs on 11.

At the other end, Queens Park Rangers slipped to bottom place before they meet West Ham United on Monday.

Reading came close to their first win but ended up drawing 2-2 at home to Newcastle United for whom Demba Ba scored twice.

Torres put the European champions ahead after 20 minutes when Arsenal defended poorly at a Mata freekick with Torres holding off Laurent Koscielny to hook a volley home.

'I thought we were excellent today' 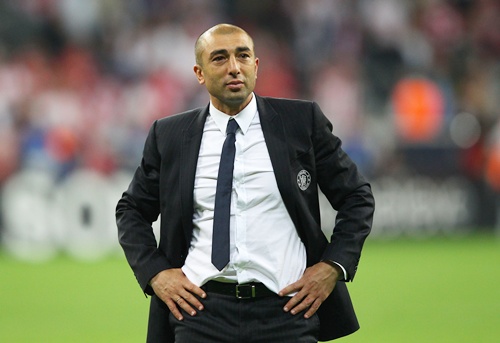 Gervinho equalised with a superb turn and shot after 42 minutes before Mata scored what proved to be the winner after 53 minutes when his free kick flew home, clipping Koscielny's leg on the way past stand-in keeper Vito Mannone.

"From the start to the end we never defended too deep, we tried to take the initiative and go forward and create chances and the game went for us today."

Di Matteo also praised captain John Terry who played a commanding role in defence despite the cloud of a four-game ban hanging over him after he was found guilty by the FA of using racist language to Queens Park Rangers defender Anton Ferdinand.

"It was the right choice to play John, he showed leadership and what a good defender he is," Di Matteo said.

'We should never have lost this game' 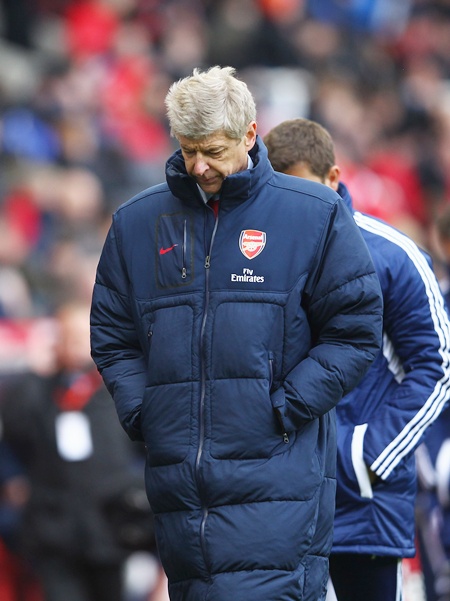 Disappointed Arsenal manager Arsene Wenger said: "We were a bit nervous at the start ... But we should never have lost this game.

"It is sad because we gave the game away at home, we conceded two soft goals on set pieces. They had three shots on target and scored two goals and you cannot concede goals at home like we did today."

In other matches Stoke City won for the first time with Peter Crouch scoring both goals in their 2-0 win over Swansea City while Sunderland also posted a first victory, beating Wigan Athletic 1-0.

Elsewhere Everton continued their best start for seven seasons, Nikica Jelavic scoring twice as they came from a goal behind to beat Southampton 3-1 at Goodison Park to climb to second in the table.