Indian weightlifter Sathish Sivalingam broke a Commonwealth Games record in his debut Games, en route to a gold medal in the men's 77kg event in Glasgow on Sunday.

Australia's Francois Etoundi bagged the bronze with a lift of 314kg (137+177) at the Clyde Auditorium. James Magnussen led an Australian sweep of the medals in the 100m freestyle as his nation continued its dominance of the swimming pool at the Commonwealth Games on Sunday.

Magnussen edged out compatriots Cameron McEvoy and Tommaso D'Orsogna with an impressive swim of 48.11 seconds.

The 23-year-old Magnussen, who won a silver and bronze at the London 2012 Olympics, now has two Glasgow golds, having won the 4x100m freestyle relay on Friday.

"For me, it was a two-man race," Magnussen told reporters.

"The plan was to sit next to Cam (McEvoy) and switch it up when I needed to. I felt like I took a lot of pressure off myself and I was able to enjoy it." Australians claimed 10 medals in a one-sided session that landed them four golds, four silvers and two bronze medals to take their haul so far to a table-topping 38.

The Aussie gold rush started with Belinda Hocking storming to victory in the 200m backstroke in a Games record 2:07.24.

"It feels awesome. I am really happy. I was so nervous but I had some confidence from last night (she won bronze in the women's 100m backstroke)," Hocking said. 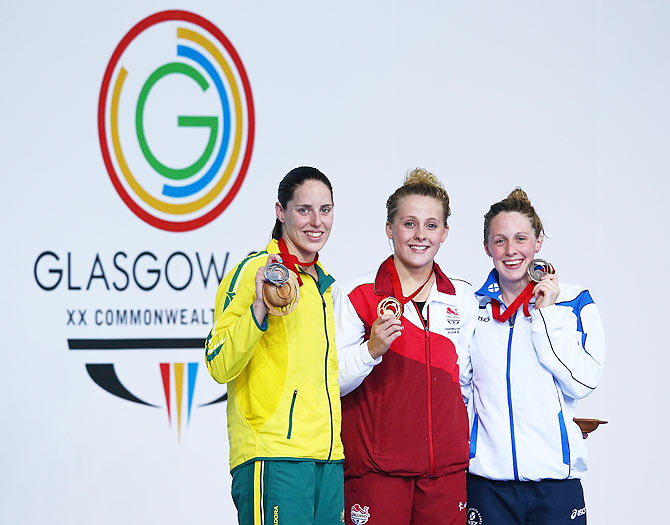 Alicia Coutts snatched silver from home favourite Hannah Miley as they were left in the wake of England's Siobhan O'Connor who swam a Games record in the 200m individual medley. 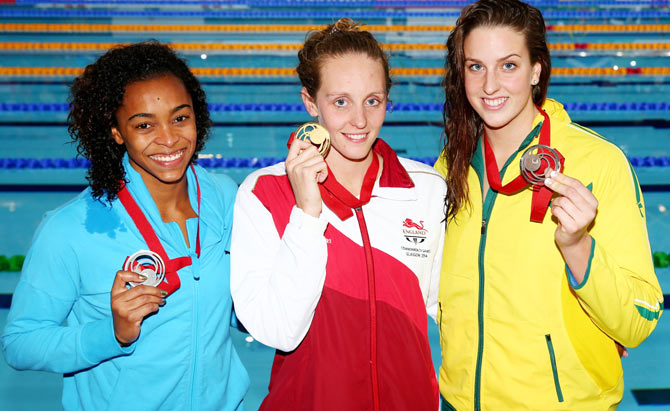 England's Fran Halsall defended her 50m butterfly title with a new Games and British record of 25:20.

The evening's action concluded with an emphatic Australian performance to win a thrilling 4x200m freestyle relay, edging out Scotland and South Africa. 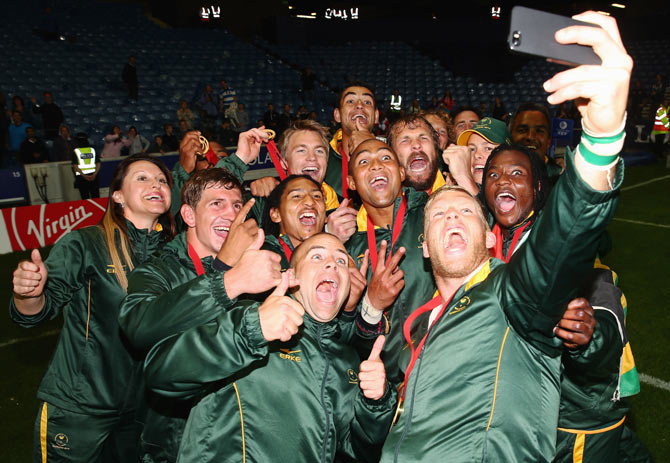 South Africa ended New Zealand's dominance of the Commonwealth Games rugby sevens with a 17-12 victory at Ibrox Stadium on Sunday to win the gold medal.

New Zealand had not lost a Commonwealth match since the sport made its debut in 1998 and they looked to be heading for a fifth consecutive gold when Sherwin Stowers crossed in the first half.

South Africa, who beat Samoa 35-7 to reach the final, came storming back and Seabelo Senatla grabbed two quick tries either side of halftime before Cecil Afrika scored with three minutes remaining.

Joe Webber pulled a late try for New Zealand, setting up a nervous few minutes for Neil Powell's side but the Africans held on for victory.

"It could have gone either way," New Zealand captain DJ Forbes told reporters.

Rugby will make its return to the Olympics in its abbreviated format in Rio in 2016. 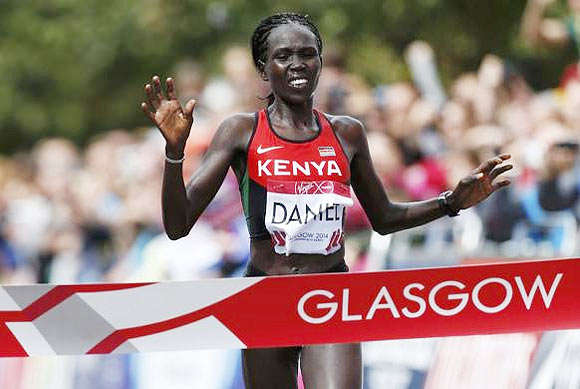 Australian Michael Shelley and Kenya’s Flomena Cheyech Daniel took gold in the men’s and women’s marathons as the Commonwealth Games took to the streets of Glasgow on Sunday.

Shelley, who won silver four years ago in Delhi, became the first Australian to win the Games marathon for 20 years and the first to claim consecutive medals in the event since Steve Moneghetti in 1990 and 1994.

Kenya’s Stephen Chemlany clinched silver and Abraham Kiplimo of Uganda took bronze, both winning the first medals for their countries in Glasgow.

It was also Uganda’s first Games medal ever in the men’s marathon. 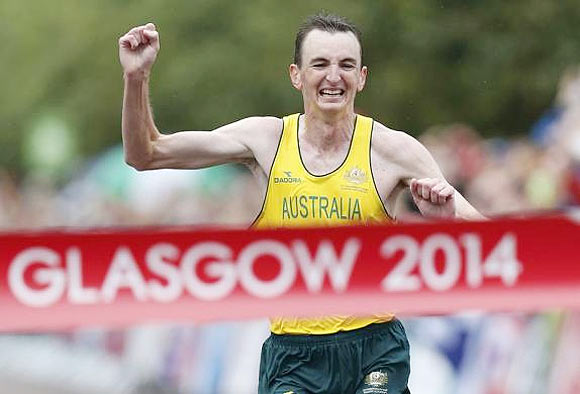 Image: Michael Shelley of Australia celebrates as he crosses the finish line to win the men's marathon gold medal at the 2014 Commonwealth Games in Glasgow on Sunday
Photographs: Russell Cheyne/Reuters

Australia Jess Trengove added to her country’s burgeoning medal tally when she crossed the line for bronze to cheers from a large crowd on a drizzly day in Scotland.

"I've got to pinch my self, it is very exciting,” Shelley told reporters.

"You just try to run the best you possibly can and it was a dream to be honest. I'm still buzzing, I can't believe it. It probably wasn't until a kilometre out that I got a bit of a feeling.

"I just kept pushing on. My main idea was to stay relaxed and I was always there in the lead group. At 35 kilometres there was a surge. I just had to stay strong and it paid off." 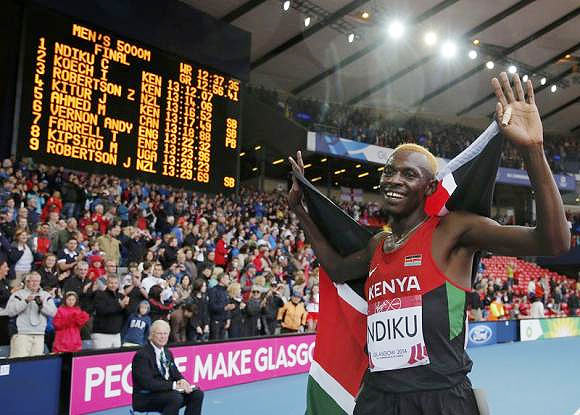 Caleb Ndiku raced to gold and the first track medal at the Commonwealth Games as Kenya snatched a one-two in the men's 5,000m final on Sunday.

He won a pulsating final in 13 minutes, 12.07 seconds on a drizzly night at HampdenPark.

Compatriot Isiah Koech took silver in 13:14.06 as the Kenyan pair overtook New Zealand twins Jake and Zane Robertson, who had led for much of the race.

Farah, who won the 5,000m and 10,000m titles at the London 2012 Olympics and the world championships in Moscow last year, withdrew from the Games last week due to illness.