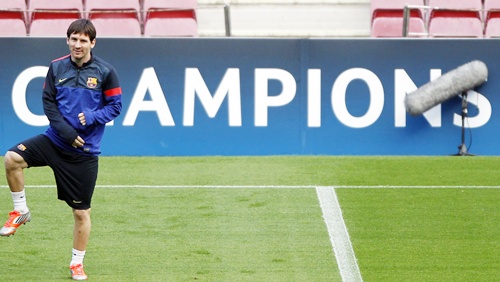 Barcelona's early season form has been on a par with their habitually high standards but as they prepare to visit Celtic in the Champions League there remains a question mark hanging over their makeshift defence.

One more win in Group G on Wednesday would see the Catalans into the knockout stages but fans worry whether a back four that has an increasingly stand-in look about it can win a fifth European Cup.

Javier Mascherano, a midfielder by trade, was drafted in as a centre back after signing from Liverpool but has now become a regular fixture at the back.

The opportunity to buy an established centre back in the close-season was passed up and injuries to Gerard Pique and Carles Puyol have meant August signing Alex Song -- another midfielder -- has been forced to provide cover at the back.

Given the celestial talents and impeccable fitness records of Barca's current generation of midfield players, the signing of Song from Arsenal for 19 million euros raised some eyebrows when a new defender seemed more necessary. 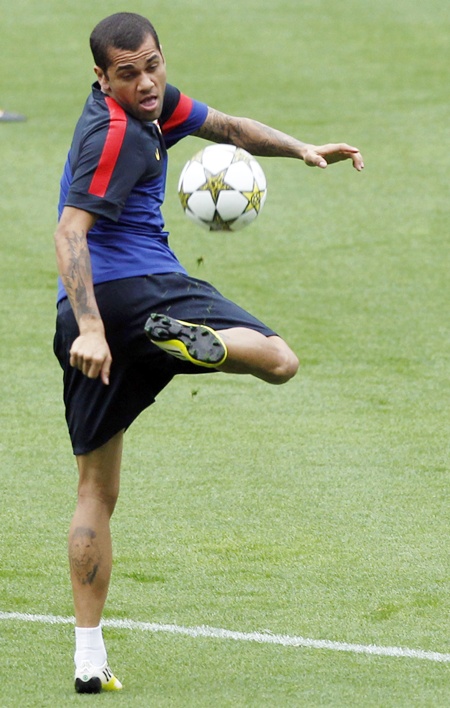 To date, however, the decision not to reinforce at centre back has come at little cost.

Barca set a new club record start to a league season with their 3-1 victory at home to Celta Vigo on Saturday making it nine wins out of 10, coach Tito Vilanova overhauling the previous mark set by Louis van Gaal in 1997-98.

"We haven't spoken about the record in the dressing room," Spain midfielder Andres Iniesta said.

"We are on a roll and we just want it to continue. We have made a great start, but what is more important is how you finish the season. The key is the team's ambition and we want to keep on bettering ourselves."

They also sit top of their Champions League qualifying group with three wins from three but a hint to their paucity at the back bubbled to the surface in their last European outing against Celtic at the Nou Camp.

What should have been a relatively straightforward home win culminated a nail-biting finale as Barca won 2-1 but were forced to come back from an early Celtic goal that was symptomatic of a team that lacks a towering presence at the back.

With 21-year-old Marc Bartra, a product of the Barca youth system, playing alongside Mascherano, Greece striker Giorgios Samaras rose relatively unchallenged to head home with the help of a big deflection. 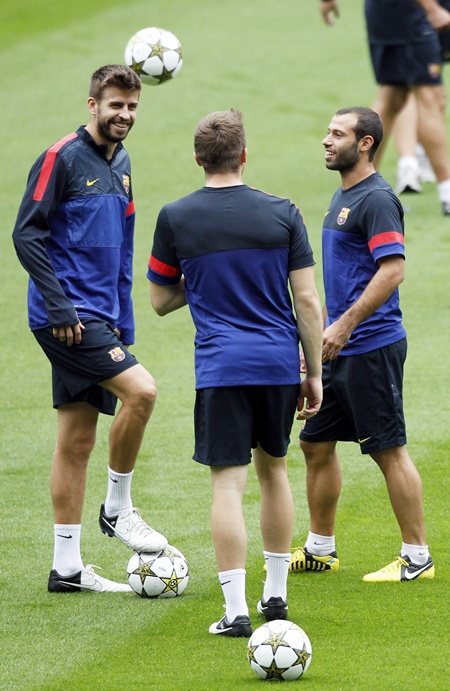 They will undoubtedly be aided on Wednesday by the return from injury of Pique, who has been on the sidelines with a foot injury for seven weeks.

However, Sergio Busquets, another holding midfielder who sometimes deputises in defence, is serving the second game of a two-match suspension in Europe.

If Vilanova has been short of options at the back, he is spoilt for choice up front now with David Villa proving he is back to full fitness after breaking his left leg a year ago.

The Spain striker notched his sixth goal of the season against Celta on Saturday and is pressuring Pedro and Alexis Sanchez for a starting place alongside new dad Lionel Messi.

Celtic sweating on the fitness of five players 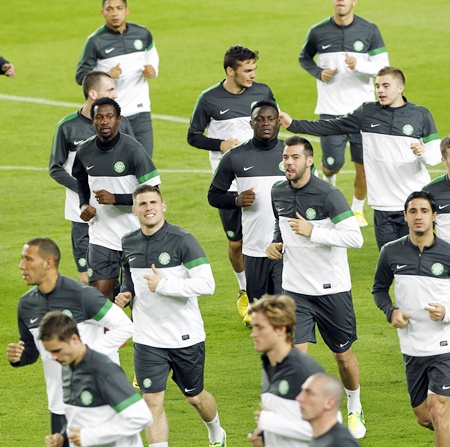 Scottish champions Celtic, who are second behind Barca with four points from their three matches, are sweating on the fitness of five players for the clash at Celtic Park in Glasgow.

Samaras, Gary Hooper and James Forrest all missed the club's 2-2 draw with Dundee United on Sunday while Thomas Rogne and Emilio Izaguirre both went off injured during the game.

"Forrest is also a doubt but we are hoping Hooper and Samaras will make it," manager Neil Lennon told the BBC.

"Thomas went off with a calf strain very early in the game and he is a doubt," he added.

"Emilio is feeling his hamstring and again, he is a doubt."