Eight players from Pakistan, including former captain Rehan Butt, have signed up for the World Series Hockey (WSH), which will be held across eight Indian cities from December 15 to January 22, 2012.

These eight players share over 1600 international matches between themselves.

"I am honoured to be a captain of one of the teams. World Series Hockey will see a face-off between the best international and Indian players and I am proud to be a part of this prestigious and highly anticipated event," said Butt, who will be leading one of the eight city-based franchise outfits, said.

The matches will be played in Delhi, Mumbai, Punjab, Bangalore, Chennai, Hyderabad and two other cities from among Bhopal, Pune, Rourkela, Ranchi, Manipur, Lucknow and Kolkata.

Nimbus Sport's COO Yannick Colaco said the league (not a sanctioned event of FIH -- the International Hockey Federation) has evoked overwhelming response from players around the globe.

"The response from the players and members of the global hockey fraternity has been overwhelming. The top players from the international arena, including Pakistan, have signed contracts and the league is all geared up to enthrall fans with a spectacular display of skill," he said. 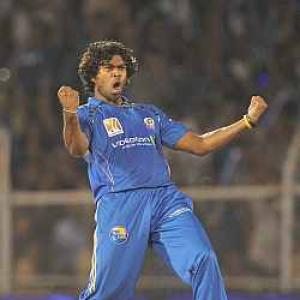