Women footballers up for goals, but lack support off-field

The view is that the attention on the national team is fleeting, incidental and dependent on the results they produce. IMAGE: India produced a fine display of passing football during their draw with Iran in the Asian Football Cup, January 20, 2022. Photograph: AFC Cup/Twitter

Welcome to the modern world. On November 26, the Indian women's football team played hosts Brazil in the opening game of a four-nation tournament in Manaus. The game was momentous on multiple counts.

It was the first time India would play a team ranked in the top ten in the world (Brazil currently sit at No 7).

It would be the first time any Indian team would score a goal against a team ranked in the top ten (Manisha Kalyan slid in a smooth 8th minute goal from a counter attack to draw India level after they went down a goal early in the game).

It was also the last time Brazilian legend, the 43-year-old Formiga, would take to the pitch in the Selecao's jersey.

Over 100,000 viewers tuned in to watch the encounter on YouTube, despite the fact (or perhaps because of it) that the game was at 0630 in the morning. The highlights have been watched over 180,000 times.

"For sure a huge amount of all of this has to do with the fact that we were playing Brazil, a higher ranked team, a legendary footballing culture," Maymol Rocky says.

Rocky was, till July this year, the head coach of the women's team, stepping down for personal reasons and leaving the team in the hands of Thomas Dennerby (who was earlier in charge of the India U17 team).

"I'll credit them for putting on a great performance, the result notwithstanding (India eventually lost 6-1 to the hosts). Now the onus is to keep it up and take their confidence into everything that is to follow."

But what is to follow? A huge number of eyeballs? An increased uptick in investment? Better infrastructure? More training? No one really knows.

There is also a visible shift in expectations. Demand too.

Suddenly, much like it was for the women's hockey team during their historic run to the semi-finals at the Olympics, the focus has shifted towards asking not what the players can do, but what the system can do for them.

It is a parallel to draw only because women's sport in India is in many ways equal -- and unequal.

"Once you get to the international level, the player has already developed a certain potential, you are basically tweaking the machine for full capability," Pritam Siwach says.

Siwach, a former India hockey captain, runs an academy in Sonepat. Three of her wards, Neha Goyal, Nisha Warsi and Sharmila, were part of the Indian team in Tokyo.

"The real work has to be done at the grassroots, and that is where we are hugely lacking."

While Siwach credits Hockey India for putting in a lot of work and resources to ensure there are an adequate number of tournament and competition opportunities for players, she squarely blames state associations and the government for not doing enough.

"I'd submitted a proposal asking for funding for an AstroTurf at the academy, and some residential facilities. There were promises made after the Olympics, but swiftly all have been forgotten."

Even among women footballers, a similar fear persists. The general view is that the attention on the national team is fleeting, incidental and dependent on the results they produce. Manisha Kalyan's goal against Brazil is historically significant, one that will no doubt be a part of future quiz shows. But this isn't new.

She has created history before, look no further than the middle of October, when she scored for her club Gokulam Kerala in their AFC Women's Club Championship game against FC Bunyodkor -- the first Indian player to do so at the Asian level.

Big moments, sure, but it is important to consider the circumstances of that game, as well as the tournament as a whole.

Gokulam qualified for the event on the basis of being the reigning Indian Women's League (IWL) champions, having won the title in February 2020.

Their opening game of the AFC Women's Club Championship was their first competitive fixture in 632 days -- almost two years.

The All India Football Federation will have managed to organise and complete two full editions each of the Indian Super League, I-League and I-League 2nd Division since the last time they conducted the IWL.

P V Priya, the head coach of Gokulam Kerala, lamented the situation, but was pragmatic about it.

"We cannot compare the men's game and the women's game," she says.

"We don't yet have that kind of football culture in this country. Every club doesn't have the resources to put players in quarantine, do regular tests et al and then travel and play in a bubble. Yes, the girls need game time..." her shrug can be felt through the telephone.

"Just think about how often you hear of the women playing at all," a player (requesting anonymity) said, lamenting the callousness of the ecosystem when dealing with female footballers.

"If you weren't part of the national team, then you've played very little over the past year. In fact, there is a higher chance amateur footballers have played more football than us, thanks to the proliferation of pay-and-play as well as corporate tournaments. It is quite depressing."

While the national federation's arms are somewhat tied regarding the league (state qualifiers determine the final clubs that take part, and most states hadn't managed to complete the qualifiers owing to the pandemic), it found an able partner in the form of the Kerala government to help conduct the women's nationals -- a huge win for the game.

The Nationals featured 32 teams and 640 players, perhaps the largest such tournament to be held in India, but they barely grabbed any eyeballs -- in publications or even on streaming platforms broadcasting it.

But, for the Nationals, eyeballs aren't the point. The platform is. The tournament allows talent to emerge, and if nothing else allows young players game time.

Rocky, who is currently working as a scout for the national team, was in Kerala, and said she was overwhelmed by the response.

"It is a tough ask of anyone, the players, the coaches, the organisers, the federation, the government... to conduct this sort of event in this sort of time. I'm grateful that they managed it."

Despite the Nationals, the games in Manaus, the scattered state leagues happening around us, sports for women in India exists almost as an afterthought.

What happens after? Especially for those who may never make it to the India blue.

Siwach credits Hockey India with equanimity when it comes to the men and women's game but blames PSUs and other employers for not being able to offer any incentive for girls to play sport.

"Railways, CRPF, SSB and maybe a couple of other units are literally the only ones employing girls in jobs right now," she says.

"The others put together makeshift teams for interdepartmental tournaments and disband them after. The players are essentially brought on contract."

The situation in football is worse. Rocky admits that while jobs via sports quota are minimal for women footballers, her advice to players is to seek them the other way round -- by educating themselves to qualify for it.

"I don't believe in the mantra of sitting around crying for employment. I believe you should make yourself employable. Pick up other skills, study hard."

Siwach concurs, but also adds that former players need to get into the game in a bigger and better way to promote this thought.

"In my honest opinion, about 70 per cent of former players do nothing and say a lot. I genuinely think if they got back and helped out, in whatever way -- sponsor a player, buy some equipment, hold a seminar, come for sessions -- we would be much better off as a sporting nation. That would be modern." 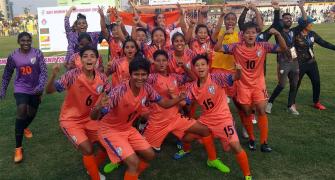 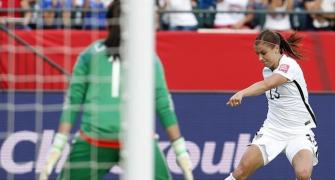 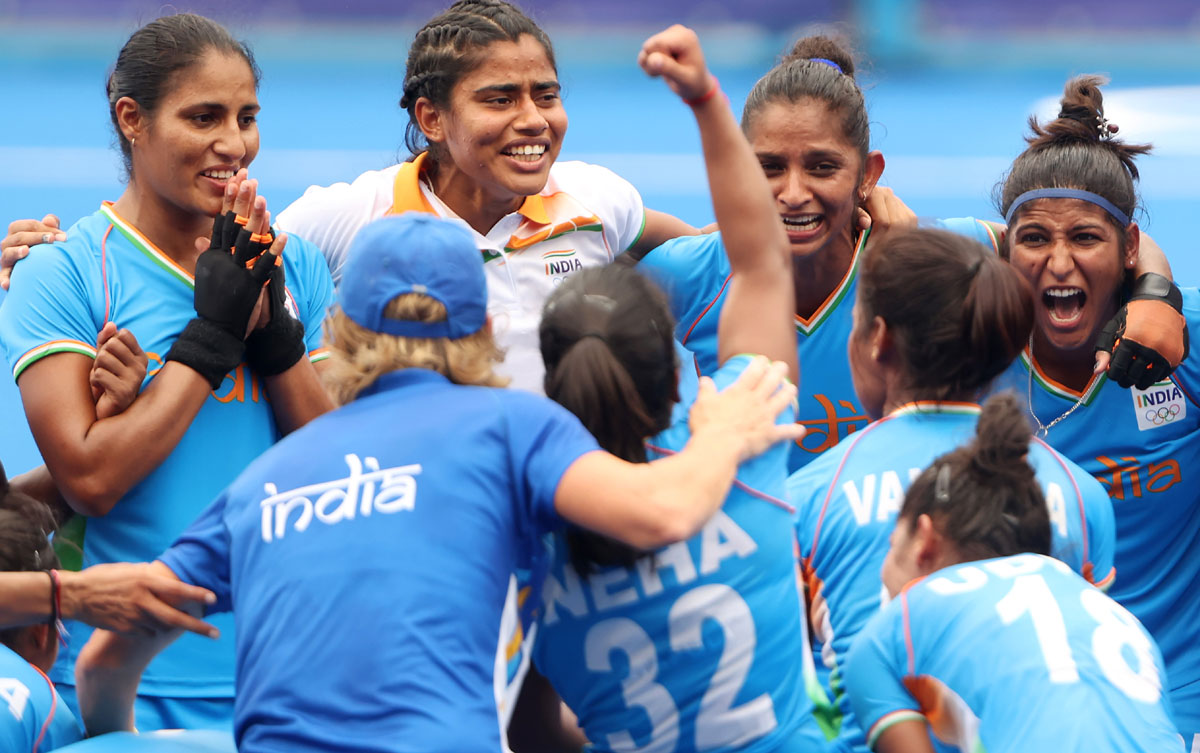 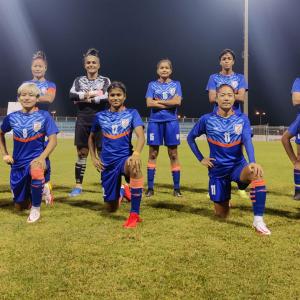