Sania Mirza entered the Wimbledon doubles semi-finals for the first time in her career after she and Elena Vesnina rallied from a set down to beat the unseeded pair of Nuria Llagostera Vives and Arantxa Parra Santonja of Spain in the quarter-finals on Wednesday.

Sania's best showing at the All-England Club was a quarter-finals appearance with Bathanie Mattek in 2008.

Sania and Elena, losing finalists at the French Open, meet the winner of the other quarter-final between the Chinese pair of Shuai Peng-Jie Zheng and the Czech Republic's Kveta Peschke-Katarina Srebotnik of Slovenia. 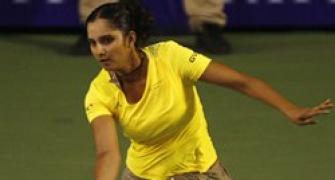 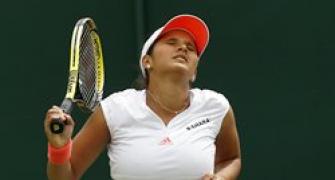