Deulofeu stars for Barcelona in shadow of terror attack 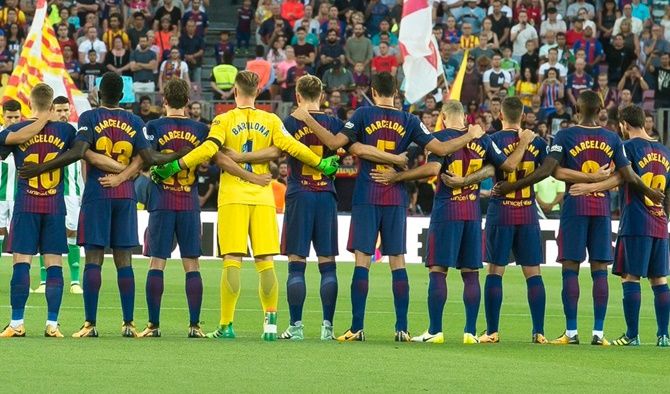 IMAGE: Camp Nou tribute to the victims of the recent attacks in Barcelona and Cambrils. Photograph: FC Barcelona/Twitter

Barcelona got off to a winning start in La Liga on Sunday, beating Real Betis 2-0 in a subdued atmosphere at the Nou Camp after the deadly attacks in the Catalan capital and the town of Cambrils.

There was a solemn feeling at the Nou Camp before and during the game with only 56,480 supporters at the 99,000-capacity arena. The club announced it had granted fans' requests to return tickets in the wake of Thursday's attacks, which killed 14 people and injured more than 100.

"It was a moving tribute, we wanted to celebrate this victory and I dedicated the (first) goal to the victims and their families," Deulofeu told reporters.

"What happened was terrible, we hope something like this never happens again. We are not afraid but this needs to stop. This victory was for them."

Betis defender Alin Tosca diverted a cross from the lively Gerard Deulofeu into his own net to put Barca ahead in the 36th minute, while the former Everton forward, who returned to his boyhood club this summer, also laid on the pass for the second goal which was smashed in by Sergi Roberto in the 39th.

Lionel Messi was the fulcrum of most of Barca's creativity and more responsibility was placed on his shoulders due to the absence of Luis Suarez and Andres Iniesta.

But the Argentine was denied a goal, hitting the woodwork three times.

In Coruna, Deportivo made a flying start against Real but wasted three early chances to surprise the champions.

Real Madrid began their pursuit of back-to-back league titles for the first time since 2008 with a 3-0 win at Deportivo La Coruna with goals from Gareth Bale, Casemiro and Toni Kroos, although captain Sergio Ramos was sent off in the dying seconds, earning a 23rd career red card.

Real, by contrast, were utterly ruthless.

Isco and Marcelo drove Zinedine Zidane’s side forward from the left and moved the ball for Luka Modric to shoot at goal. The Croatian’s tame shot slipped out of the hands of goalkeeper Ruben Martinez to the feet of Karim Benzema, who rolled the ball across for Bale to nudge home.

Real then showed their class with their second goal after a long period of possession, with Marcelo sliding the ball to the far post where Casemiro was waiting to tuck into the unguarded net, completing a move involving 44 passes.

"We aspire to play like this and we know we have the players to do it and we have worked very hard to score a goal like the second and we are all delighted with it," Zidane told reporters.

"We're very happy with how the game went although not with what happened to Sergio. In general we're happy because this isn't an easy place to go, Deportivo can cause you problems and they had their chances today."

Spain centre back Ramos, who has never been sent off in 143 games for his country, earned a second yellow card in injury time, joining Pablo Alfaro and Xavi Aguado on a La Liga record of 18 red cards.

© Copyright 2021 Reuters Limited. All rights reserved. Republication or redistribution of Reuters content, including by framing or similar means, is expressly prohibited without the prior written consent of Reuters. Reuters shall not be liable for any errors or delays in the content, or for any actions taken in reliance thereon.
Related News: Watch FC Barcelona, Deportivo La Coruna, Sergio Ramos, Toni Kroos, Barca
COMMENT
Print this article 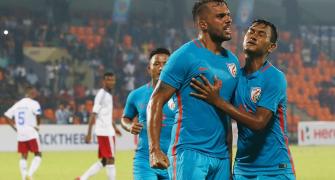 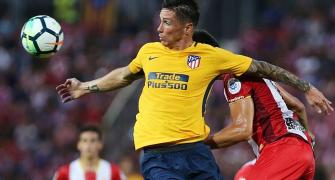 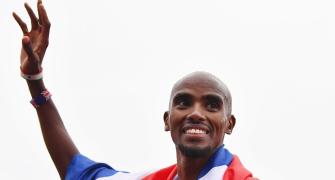 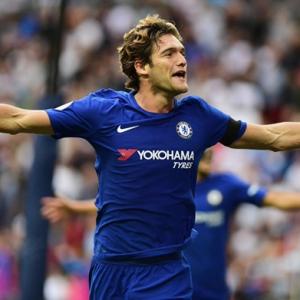 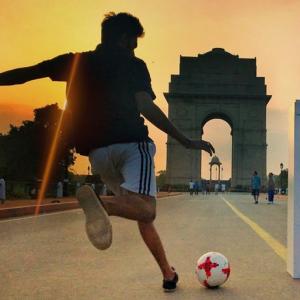