He is no longer a part the amateur boxing circuit but concerned about the shambolic state of its administration in India, professional star Vijender Singh took up the issue with Prime Minister Narendra Modi in a meeting.

Vijender, who has won all his four fights since turning pro last year, is on a short 10-day Holi break in India before his next bout on April 30 in London.

"It was a very good meeting, we discussed the state of Indian boxing. Because of his busy schedule, he is not exactly aware of the intricacies of what's going on in Indian boxing administration right now but he asked me to explain him the state of affairs in writing, which I will definitely do," Vijender told PTI after meeting the PM.

The Indian boxing administration has been in a mess since 2012 when the federation was first suspended due to manipulation in elections. 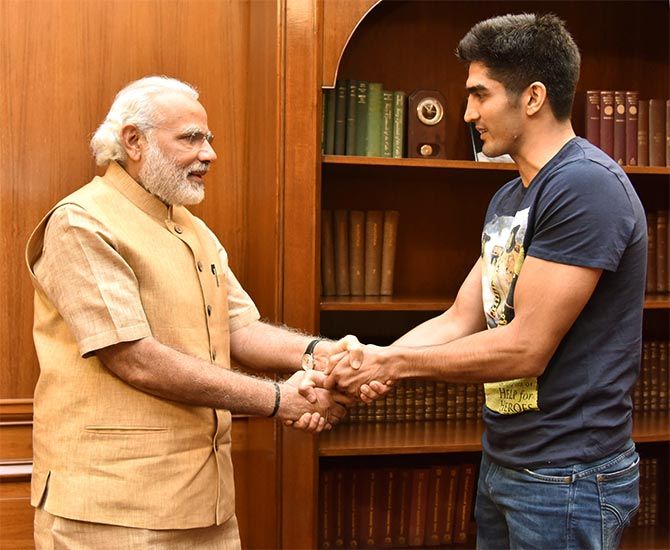 A new body, Boxing India, which took shape in 2014 was also terminated last year after a rebellion by the state units. The sport is currently being administered by an ad-hoc committee of the International Boxing Association (AIBA).

As a result, Indian boxers have been forced to compete under the AIBA flag in major events, denying them the right to fight under their own country's name. The suspension has also resulted in drying up of foreign exposure trips for the pugilists.

Things have come to such a pass that the Indians are running the risk of being barred from the Olympics in Rio de Janeiro even if they qualify, in case a national federation does not take shape soon enough. Vijender said he also talked about his pro journey with Modi.

"I told him about my fights so far and how professional boxing can grow in India. Besides, I have also invited him for my fight in India in June," the 30-year-old said.

"He is a busy man but he said he would definitely try to make it for my bout," he added. Vijender is set to compete for the WBO Asia title during his homecoming pro bout, which is tentatively set for June 11 against a yet-to-be-decided opponent. 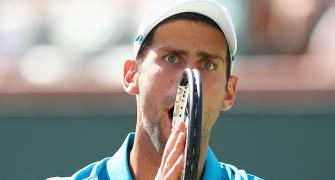 Djokovic clarifies and apologises for comments on gender pay 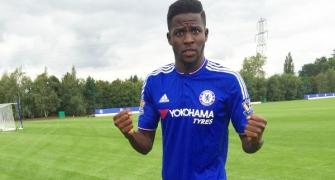 Like a boss! Serena responds to gender pay row