South African world 800 metres champion Caster Semenya was cleared on Tuesday to compete as a woman, nearly a year after controversial gender tests put her career on hold.

Semenya, 19, has not run competitively since undergoing tests at the Berlin world championships in August.

"I am thrilled to enter the global athletics arena once again and look forward to competing with all the disputes behind me," Semenya said in a statement released by her lawyers.

The International Association of Athletics Federations (IAAF) said it accepted the findings of an expert medical panel.

"The IAAF accepts the conclusion of a panel of medical experts that she can compete with immediate effect," the sport's ruling body said in a statement.

Lawyers acting for Semenya said the decision to allow her to compete came after a "landmark settlement" between the IAAF and the athlete.

"Our direct negotiations with the IAAF representatives, through the mediator, have been ongoing for 10 months," he said.

"Meetings have been held in Monaco, Istanbul and Paris, but due to the nature of the matter the parties resolved to keep the negotiations confidential."

Semenya's return to competitive athletics was delayed after her comeback event in Zaragoza, Spain was cancelled in May.

"We cannot comment now because we have just been made aware of the decision," he said.

ASA had made it clear that Semenya was not banned from competition but said she must wait for the results of her tests from the IAAF.

Semenya sprung to prominence last year with her rapid improvement over 800 metres. Her winning time in Berlin of one minute 55.45 seconds was the fastest of 2009.

© Copyright 2020 Reuters Limited. All rights reserved. Republication or redistribution of Reuters content, including by framing or similar means, is expressly prohibited without the prior written consent of Reuters. Reuters shall not be liable for any errors or delays in the content, or for any actions taken in reliance thereon.
Related News: International Association of Athletics Federations, Caster Semenya, Athletics South Africa, Greg Nott, Richard Stander
SHARE THIS STORYCOMMENT
Print this article
'Semenya's return to be announced soon' 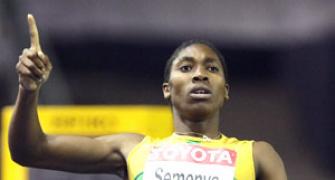 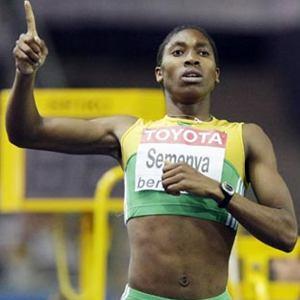 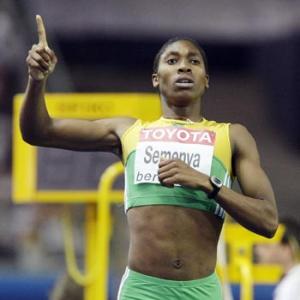