The policy of buying players cheap and selling them for a higher price a few years on is a business model that worked well for clubs like Atletico Madrid and FC Porto. With the transfer window open for the next few weeks, Rediff.com takes a look at clubs that made smart deals over the years. When he left Galatasaray for Spain in 2011, Turan became the most expensive Turkish footballer of all-time -- joining for a fee of 12 million euros (plus bonuses)!

This comes closely on the heels of the Madrid club earning handsomely from the sales of Mario Mandzukic to Juventus (for 19 milion euros) and Miranda to Inter Milan (15 million euros).

The policy of buying players cheap and selling them for a higher price a few years on is the business model of clubs like Atletico. They realise they can't compete with the financial might of the likes of Real Madrid, Barcelona, Bayern Munich, Paris-Saint Germain, Chelsea and the two Manchester giants.

Instead, they scout talent from Latin America and Eastern Europe, hone them and later make profits from their sale. This policy also helps these clubs stay competitive, as Atletico's recent haul of trophies – a La Liga, a Copa del Rey and two Europa League titles among others – indicate.

Using the term 'feeder club' isn't perhaps an appropriate connotation. Instead, they can be labelled the smart clubs.

Coming to Atletico per se, the club, despite being plagued by financial woes for more than a decade now, has done well to have a successful transfer policy.

The fact that they have made significant profit from sales – of the likes of David De Gea (to Man United), Sergio Aguero (Man City), Radamel Falcao (Monaco) and Diego Costa and Luis Felipe (both Chelsea) – and replace them every time has ensured an overall improvement in their credentials.

Rediff.com takes a look at few such 'smart dealers'. 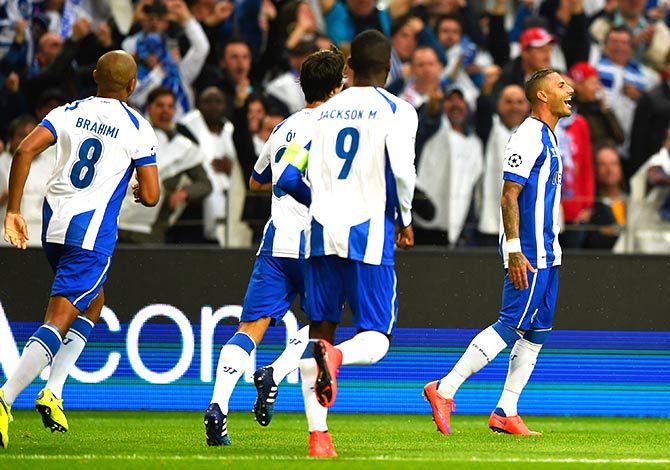 Arguably the early pace-setters of this business model, the Portuguese side, while resigned to losing a few of its star names at the end of every season, are also ready with necessary replacements.

So we have Hulk replacing Radamel Falcao, and getting replaced by a Jackson Martinez, all of them making significant impacts.

All these transactions have had no impact whatsoever on the field.

In the last 15 years or so, Porto has won nine Liga titles, two Europa Leagues and a Champions League among other titles. 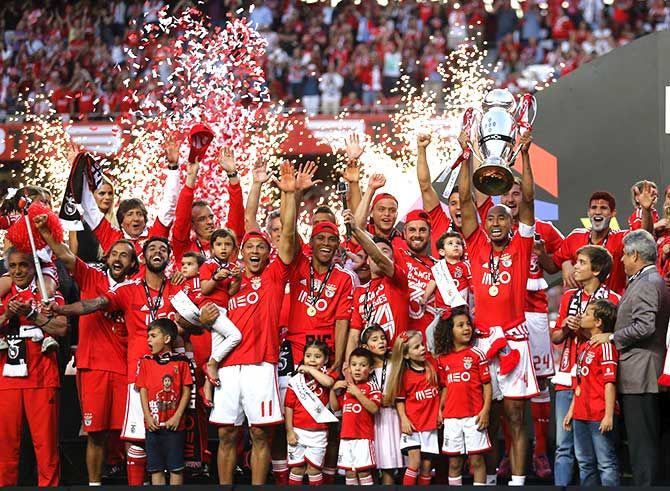 The former European powerhouse has, after a quiet decade in the 1990s, have made significant strides by looking towards Latin American shores. The Amsterdam club's academy is a talent-producing school for over four decades now.

Ajax immensely benefitted from their home grown players from the early 1970s well into the 1990s. However, since then they suffered.

The ever-increasing financial gap between the Eredivisie and the bigger leagues in Europe ensured that the Amsterdam side has developed into a feeder cub in recent years.

In fact, current Ajax coach Frank de Boer admitted a few years back that it will be difficult for the Amsterdammers to return to the top of Europe, mainly due to their inability to hold on to their top players.

They continue to remain a force in the Netherlands, though. 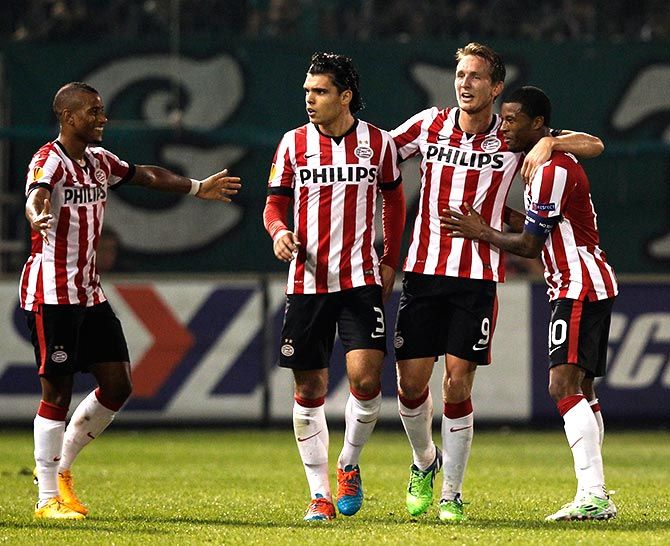 Another Dutch powerhouse; another also ran in Europe!

PSV Eindhoven was once a champion side not only in the Netherlands but also in Europe.

However, even though they ended the domestic drought by clinching the Eredivisie this season, the struggle at the European stage looks set to continue.

More importantly, Memphis Depay, the latest star to emerge from their stable, has been sold to Manchester United. 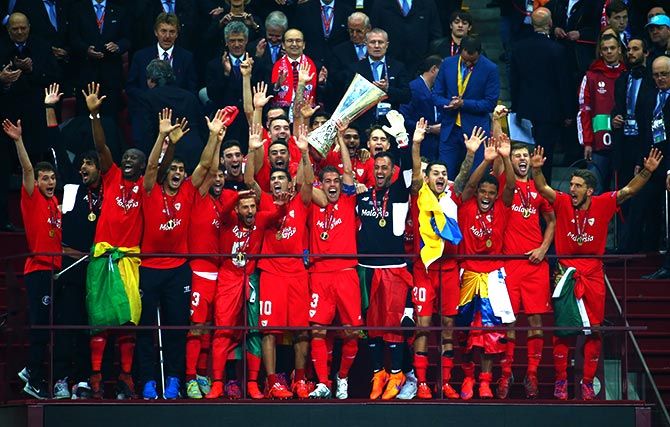 Sevilla was first considered a feeder club to Real, selling the likes of Ivan Zamorano, Davor Suker and Sergio Ramos to the Madrid powerhouse.

Having sold the likes of Dani Alves, Seydou Keita, Adriano and Luis Alberto to the Catalans earlier, Sevilla also allowed Ivan Rakitic to go to Nou Camp last year. And this year it is Aleix Vidal.

Besides, the Andalusian club, owing to a financial crisis, have been forced to sell the likes of Alvaro Negredo and Jesus Navas (both Manchester City).

And ahead of the new season, Sevilla have not just done away with Carlos Bacca (AC Milan) and Geoffrey Kondogbia (Inter) but also secured replacments in Adil Rami, Yevhen Konoplyanka and Michael Krohn-Dehli.

Their multiple sales notwithstanding, Sevilla hasn't fared too badly on the pitch. Two Copa del Reys (2007 and 2010), one Spanish Super Cup (2007), the 2006 UEFA Super Cup and a record four Europa League titles make for an impressive haul of trophies. Finally, we have a Premier League side.

Premier League clubs are so used to buying big, that it is difficult to find one that sells.

Southampton, albeit, fits in to that category. It is club that has provided the likes of Alex Oxlade Chamberlain and Theo Walcott to Arsenal and Gareth Bale (to Tottenham).

Ahead of the start of the last season, the south coast club witnessed a mass exodus of players as well as manager Mauricio Pochettino (to Tottenham).

This season the saga continues. Liverpool, having wasted over 50 million pounds on their three acquisitions last year – none of which made any impact -- has shelled out another 13 to acquire Nathaniel Clyne.

Toby Alderweireld was snapped by Tottenham while Schneiderlin will be long soon, with both Man United and Arsenal keen for his signature.

Not one to sit and sulk, Koeman has started the rebuilding again, with acquisitions like Juanmi, Cedric Soares and Cuco Martina. 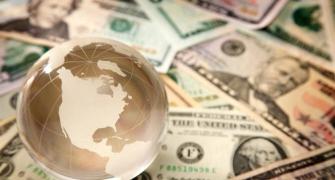 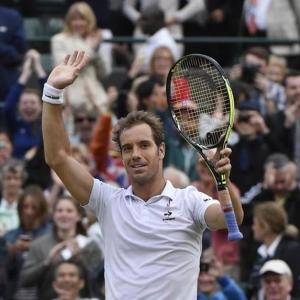