Sign in  |  Create a Rediffmail account
Rediff.com  » Sports » After beating Barcelona, Chelsea have nothing to fear: Di Matteo

After beating Barcelona, Chelsea have nothing to fear: Di Matteo 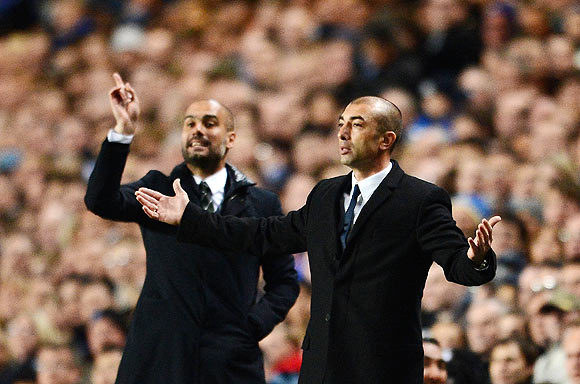 Chelsea have nothing to fear when they face Bayern Munich in the Champions League final next week as their semi-final win over Barcelona proved they can beat the best in Europe, caretaker boss Roberto Di Matteo said.

Chelsea are the underdogs going into the final at Munich's Allianz Arena as they bid to become European champions for the first time.

But Di Matteo, who has turned the club's fortunes around since taking over from Andre Villas Boas in March, said his players were brimming with confidence.

Speaking at the club's Player of the Year awards night he said: "If you manage to go through two legs against Barcelona, I think then you can beat anybody in European football. 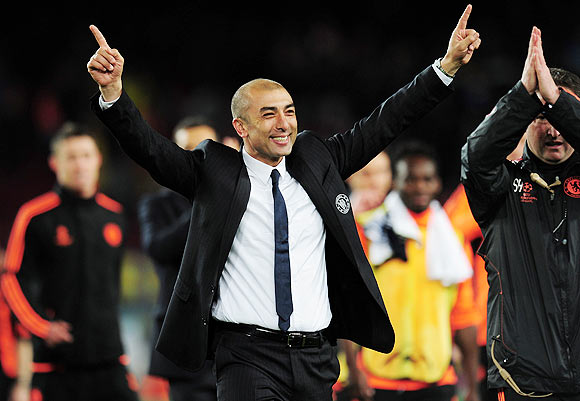 "They're supposed to be the best team and I think we have a fantastic group of players with tremendous quality and belief."

Chelsea know that if they do not beat Bayern they will not take part in next season's Champions League as they cannot finish higher than sixth in the English Premier League.

Disappointment in the league, where they will finish outside the top four for the first time since 2002, has been tempered by their FA Cup final win last week and they now stand poised for a cup double and their greatest triumph.

"We've enjoyed a good eight, nine weeks. The players have been fantastic with me," he said.

"They've performed at the highest level possible and we've found ourselves in a great position now to win the biggest trophy in European football."

Chelsea will be without Terry 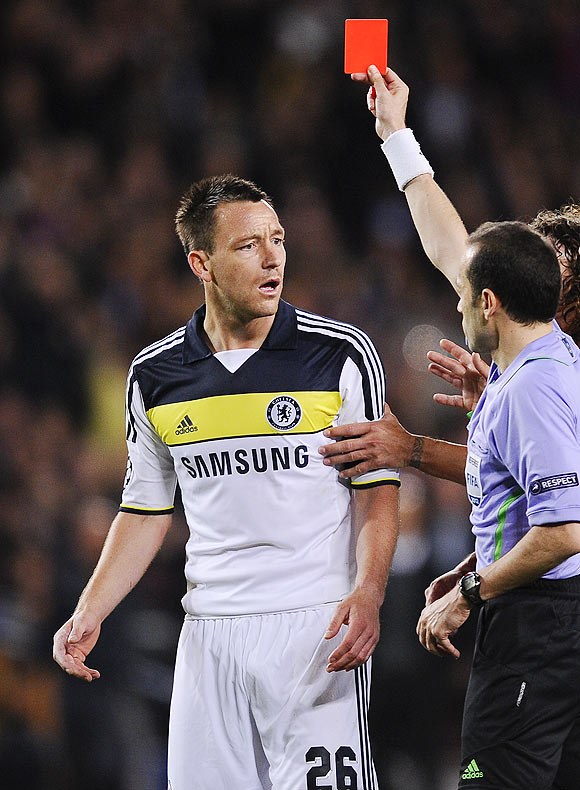 Chelsea will be without suspended skipper John Terry as well as Branislav Ivanovic, Ramires and Raul Meireles against the Germans.

Terry said missing their biggest game was hard to swallow.

"For myself and the guys who are going to be suspended, obviously we're bitterly disappointed," he said. "But we'll be there to support the players as we always are. We've got a fantastic group of players.

"Big nights need big players and we've certainly got loads of them."

Spaniard Juan Mata was named Chelsea's Player of the Year after his first season at the club.

"It's been an amazing season for me. We won the FA Cup in my first year. We have the chance to win the Champions League -- history for this club. So I'll never forget this season," he said.