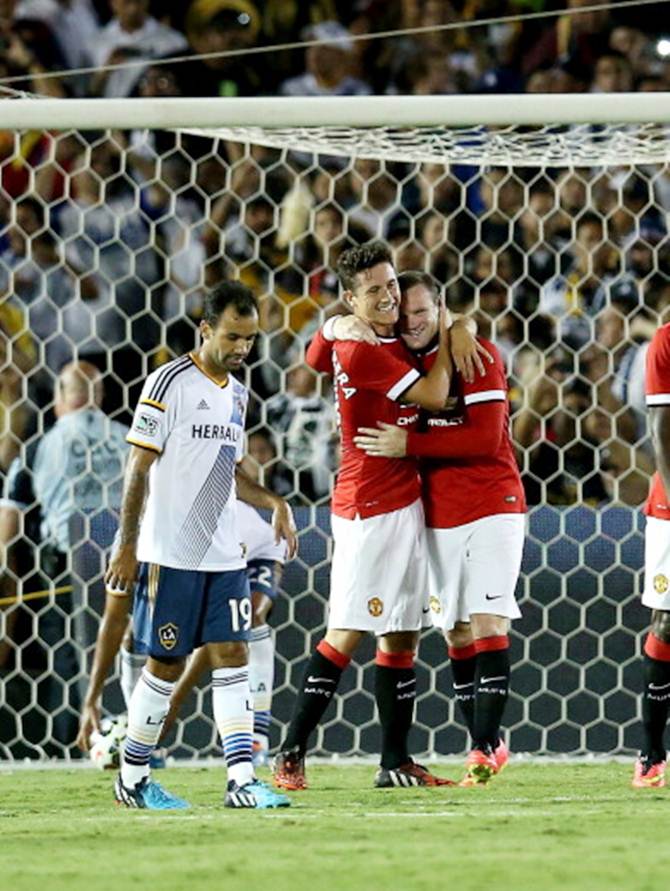 Louis van Gaal got off to a perfect start as Manchester United manager with a 7-0 victory over LA Galaxy in front of a crowd of almost 87,000 at the Pasadena Rose Bowl on Wednesday night.

Ander Herrera, signed from Athletic Bilbao for £29million this summer, was impressive in midfield, repeatedly splitting open the Galaxy defence.

Danny Welbeck opened the scoring with a long rang shot before Wayne Rooney scored a brace to give the former English champions a 3-0 lead at half-time. 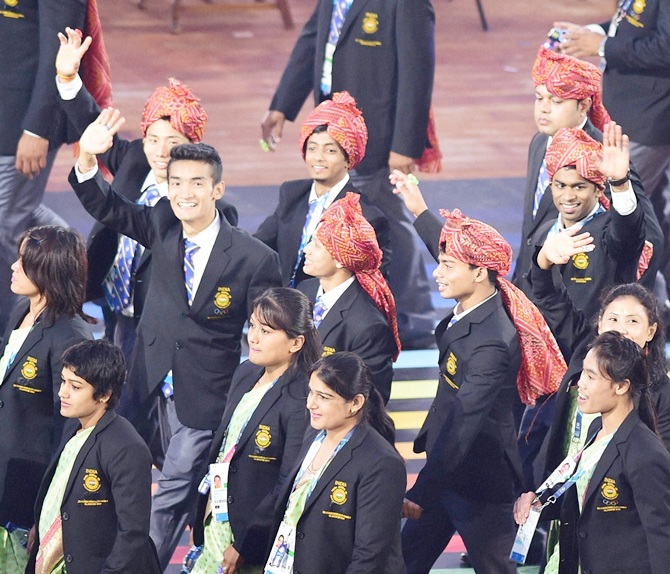 Basketball's no-headgear rule has irked the sports minister who has reacted with anger after two Sikh members of the men's national team had to remove their turbans before they were allowed to play in the recent Asia Cup in China.

Players are not allowed "Headgear, hair accessories and jewellery" under the International Basketball Federation (FIBA) rules but the Indian duo of Amritpal Singh and Amjyot Singh told local media they never had to remove turban until the July 12 match against Japan in Wuhan.

"We are shocked and outraged. We have spoken to Basketball Federation of India and sought a detailed report from them," sports minister Sarbananda Sonowal said in a statement.

"We have also asked International Olympic Committee (IOC) to issue necessary guidelines/instructions to international sports federations so that such incidents do not take place again," he said.

"Wearing turban is a part of me. When they told us we couldn't play with one it felt very awkward," Amjyot told the Times of India newspaper.

"But for the team we decided to play without turbans."

The Sikh religion requires followers to grow their hair and wear a turban, while children must wear traditional Sikh headgear called the "patka" or "dastaar" in school.

Sonowal said turbans posed no threats to other players.

"Wearing a turban does not affect fair play and has not been objected to in international sports championships. Therefore, the latest incident has surprised and shocked us," the minister said.

Next: Mexico is back on the F1 calendar 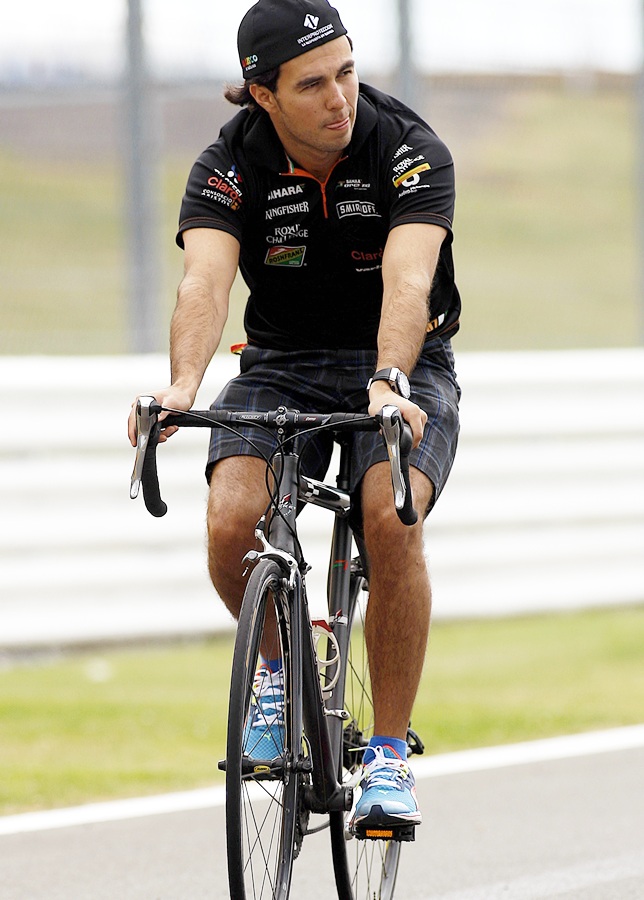 Mexico is to return to the Formula 1 calendar in 2015 after a 23-year absence, Alejandro Soberon, president of live events company CIE, confirmed on Wednesday.

"Start your engines, F1 will return to Mexico next year," Soberon was quoted as saying on the BBC's website.

CIE announced to the Mexican stock exchange on Tuesday it has signed a five-year contract to host Formula One races but that the deal was still subject to final negotiations.

The race will be held at the Autodromo Hermanos Rodriguez in Mexico City.

F1 boss Bernie Ecclestone confirmed to the Forbes magazine website that the deal had been agreed.

"We have got Mexico past the post," he was quoted as saying.

Forbes said that the plan to revive the race had the backing of a powerful management team, led by two key figures.

One is Tavo Hellmund, the creator of the U.S. Grand Prix and the Circuit of the Americas in Austin, Texas, and Soberon, whose CIE company is the world's third largest live entertainment business.

Team members include Carlos Slim Domit, who sits on the FIA's decision-making body the Senate, and is the son of the world's richest man Carlos Slim.

There are two Mexican drivers currently on the F1 grid, Esteban Gutierrez at Sauber and Force India's Sergio Perez who have both been bankrolled by Mr Slim, said Forbes.

The return was originally planned for 2014, but the organisers could not update the track in time.

Changes to the ultra-fast banked right-hander at the end of the lap, Peraltada, and resurfacing to reduce its notorious bumpiness, will be undertaken to comply with FIA regulations.

No date has been fixed for the race.

Next: Germany coach Loew to lead team to Euro 2016 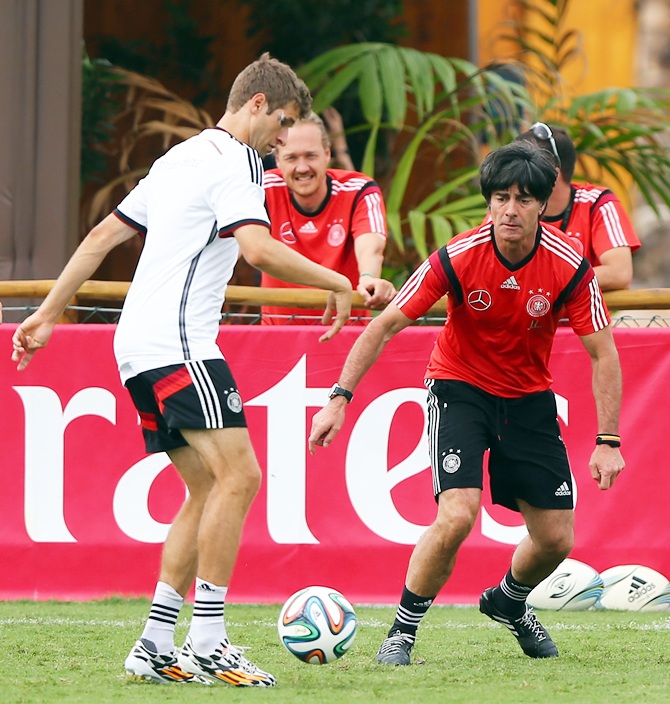 Germany World Cup-winning coach Joachim Loew remains committed to leading the side through to the European Championship in 2016, the 54-year-old said on Wednesday.

Loew was contracted to the German football federation (DFB) until July 2016, but said he had needed to take some time following his side's 1-0 World Cup final victory over Argentina 10 days ago.

In an interview on the DFB website he said he could think of nothing better than leading the side to the tournament in France, and was as motivated as he was on his first day on the job.

Loew took over the national team after the 2006 World Cup having previously been assistant to Juergen Klinsmann.

As well as Germany's fourth World Cup triumph, he also led the side to the final at Euro 2008 and the semi-finals of the 2010 World Cup and Euro 2012. 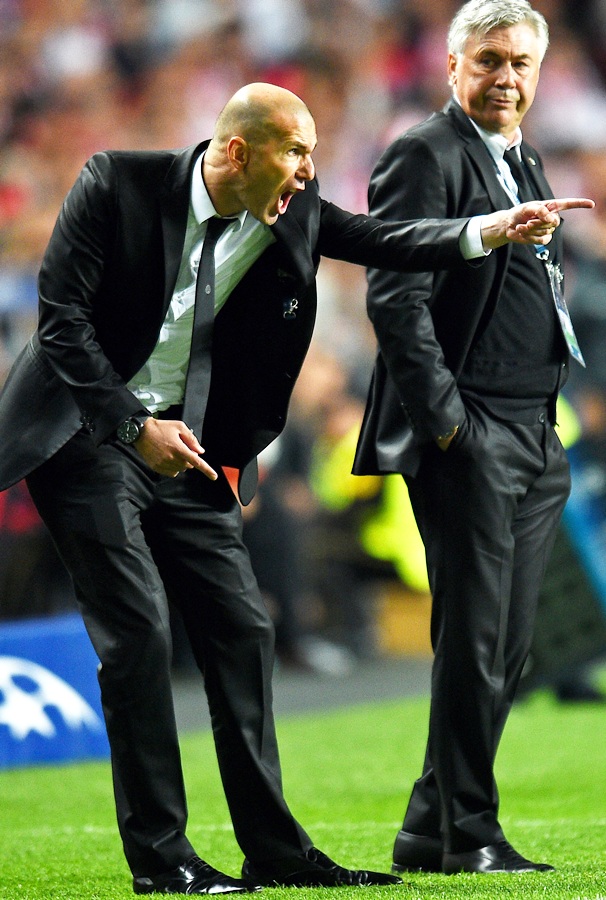 Famed for his grace and elegance as a player, Zinedine Zidane apparently has other priorities as a coach, as on Wednesday he made brawny, bustling Finnish striker Eero Markkanen his first signing for Real Madrid's B team.

Now boss of the Champions League winners' 'Castilla' reserve side, Zidane sought out the relatively unknown Finn and bought him from Swedish club AIK Stockholm, where his six goals in 14 appearances were enough to convince one of the game's greats that he was worth a gamble.

"Coming to AIK was a dream come true," Markkanen said in a statement issued by AIK announcing the move. "Thanks to hard work, my team mates, (AIK coach) Mr. Alm and his coaching staff, another dream is now coming true."

No details of the transfer fee have been released.

Unheralded when he joined the Stockholm club from JJK Jyvaskyla in Finland, Markkanen was only six months into a three-year contract at AIK when the Spaniards came calling.

For the 23-year-old Finn, who has one cap for his country, the move marks the latest stage in a meteoric rise.

But given that Markkanen, who makes the most of his 197 centimetres to dominate in the air, is so different to his new mentor, it offers an intriguing insight into the mind of Zidane the coach.

Asked how Zidane became aware of Markkanen, an AIK staff member told Reuters: "No-one knows. Apparently Zidane went to the sporting director of Madrid with a DVD of Eero and said 'I want this guy'."

Having signed a four-year deal, Markkanen will now come under the watchful eye of the French World Cup winner, who played for Real Madrid from 2001 until his retirement in 2006, as he makes the transition from manager Carlo Ancelotti's assistant to being the man calling the shots in the B team dugout.

And just as Zidane saw passes on the field that no-one else did, he may have noticed something in Markkanen that others missed.