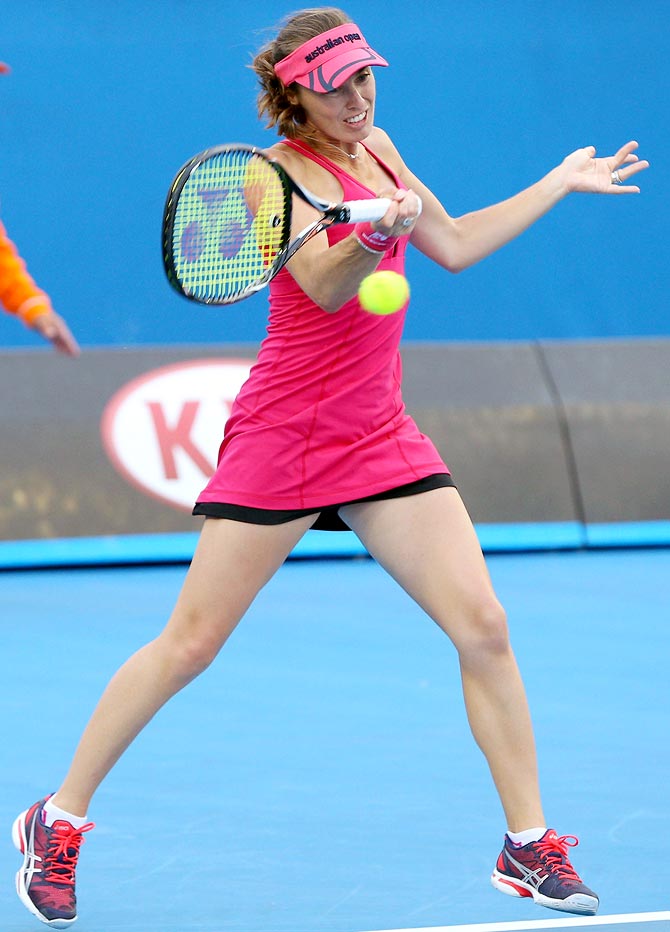 Former world number one Martina Hingis has been awarded a wildcard for the Wimbledon doubles competition as she continues her second comeback following her retirement in 2007.

She will partner Russia's Vera Zvonareva at the All England Club.

In March she won her first title since 2007, the year of her last appearance at Wimbledon, when she triumphed with German Sabine Lisicki at the Sony Open in Miami.

Former Australian Open men's finalist Marcos Baghdatis of Cyprus has a wildcard into the men's singles. 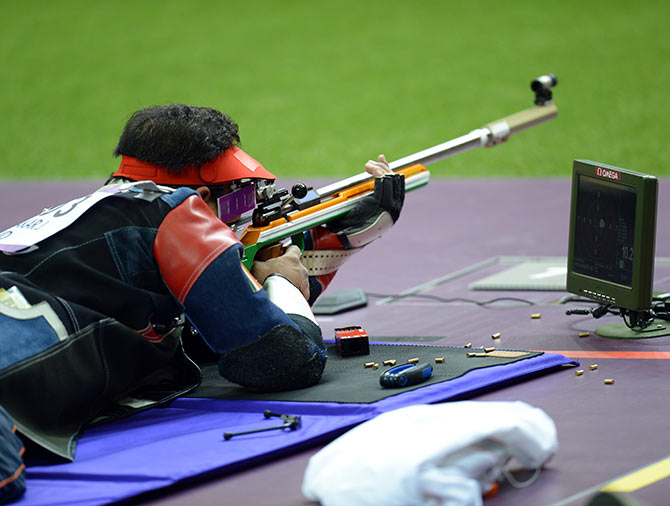 Non-profit organisation Olympic Gold Quest (OGQ) on Wednesday announced that it will be supporting Olympians Joydeep Karmakar and Rahi Sarnobat as the shooters target medals for India at the 2016 Rio Games.

Karmakar narrowly missed out on a medal when he finished fourth in the 50 metres Rifle Prone event at the 2012 Olympics in London. He believes OGQ's support would prove instrumental in his quest to win a medal at the 2016 Olympics.

"I am delighted to be supported by OGQ. I missed the bronze medal by a whisker at the 2012 London Olympics and I will try my best to win a medal for India at the next Olympics in Rio," said Karmakar.

"I really require OGQ's support for training with my foreign coach and for ammunition testing which is very crucial for a rifle shooter. I believe that OGQ's professionalism and efficiency will help me achieve my dream of an Olympic medal."

Rahi won a gold medal at the ISSF World Cup in Changwon, Korea in March 2013 in the 25 m Sports Pistol event. Her other achievements include a pairs gold and an individual silver medal at the 2010 Commonwealth Games in New Delhi.

"The sports science team of OGQ is world class. I recently injured my shooting hand and the OGQ medical team promptly diagnosed the injury and put a rehabilitation program in place.

"This will help me get back to competitive shooting at the earliest. This is very important for me as my target this year is to win a medal for India at the Commonwealth and Asian Games."

OGQ CEO Viren Rasquinha believes the two shooters have the potential to win medals at the Rio Games and they would leave no stone unturned in their preparations for the mega event.

"OGQ is delighted to support both Joydeep and Rahi who are outstanding talents. We believe that support from OGQ will help them consistently win medals at international tournaments with the Olympics in Rio 2016 being the main target." 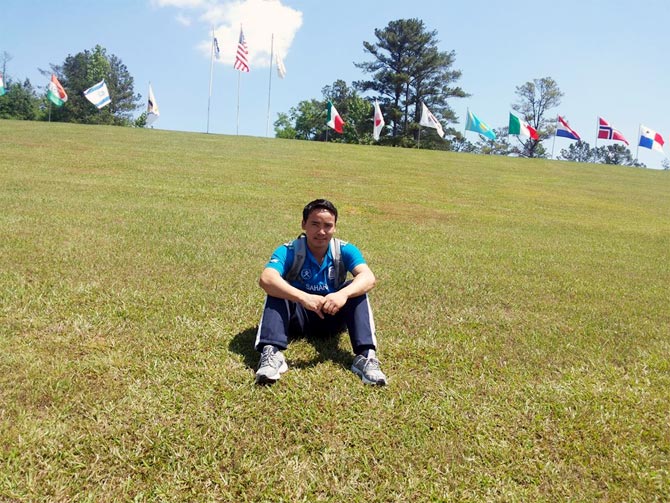 The 27-year-old shooter from Lucknow shot an impressive 199.4 in the finals, after aggregating 583 in the qualification stage.

Another Indian shooter, Prakash Nanjappa, finished seventh after scoring 97.1 in the finals, to go with his 584 in the qualification.

Spain's Pablo Carrera won the gold after shooting 201.3, while Pavlo Korostylov of Ukraine bagged the bronze.

Rai is the top ranked Indian shooter in both 10 m air pistol and 50 m free pistol. He had a good 2013 when he qualified for the World Cup final twice, in Munich and Changwon, Korea in the 50 m free pistol event.

A dedicated and disciplined athlete, Rai is one of India's medal prospects at the July 23-August 3 Commonwealth Games in Glasgow as well as the Incheon Asian Games in September. 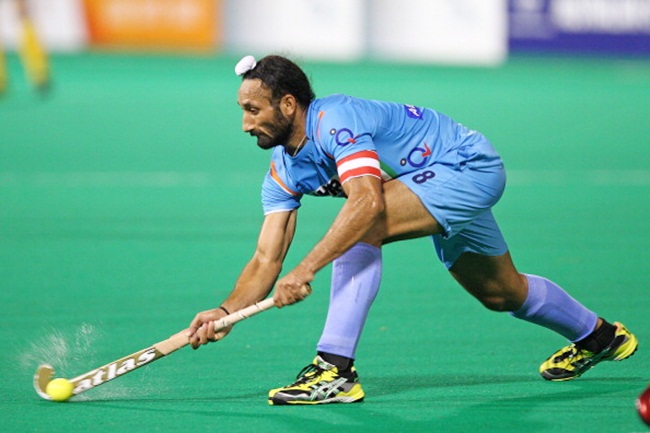 Australia's famed coach Ric Charlesworth feels Indian hockey is making progress, but it would be a while before the country can return to the podium.

"I think India is making progress. From what I see, there is some purpose in their game," says Charlesworth, coach of the Australian team that is seeking to win their second successive men's World Cup title.

"India needs to work on the structure. The country has one billion people. If they can develop hockey talent the world should look out," said Charlesworth.

India finished fifth in the six-team preliminary Group A, winning just one match and drawing one from their five outings. The fifth-place finish meant India will not be able to improve or retain their eight position of the 2010 World Cup in New Delhi.

India, who were ranked No 8 coming into the World Cup, will play for the ninth position play-off with Asian champions South Korea on June 14.

Charlesworth feels India should focus on improving their world ranking, as that would inspire confidence in the players and the fans.

"India should look to climb up the rankings, and they can do so if they stick to a plan," said Charlesworth, who had a coaching stint in India, but left disgruntled after a rift with the administrators.

"Compared to the time when I was in India, the administration there is well-settled," said Charlesworth, emphasizing the need for a stable administration for the sport's revival.

Charlesworth says India needs to be patient as the benefits will come only from a long-drawn program. 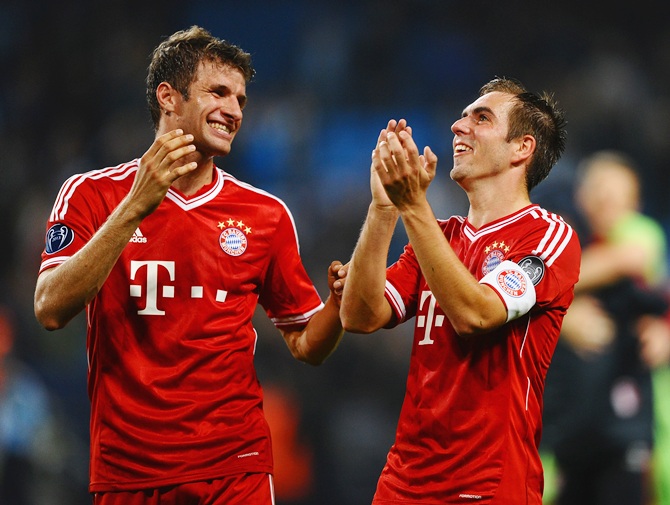 Bayern skipper Lahm, who can play either at fullback or as a holding midfielder, extended his deal with the German champions until 2018, while the 24-year-old Mueller's agreement now runs until 2019.

"Both Philipp Lahm and Thomas Mueller are very important elements of Bayern Munich," Bayern CEO Karl-Heinz Rummenigge said in a statement on the club's website.

"Both have remained faithful to this club right from the very start of their careers and they are also going to play an important role here in the future.

"We are very happy that both have decided to commit their long-term futures to Bayern Munich.

"Now I hope that Philipp Lahm and Thomas Mueller have a successful World Cup and I keep my fingers crossed for them and the Germany national team on the way to the title."

The 30-year-old Lahm, considered one of the world's best right-backs, joined Bayern at 11 and said he would end his career at the club.

"It was the right time to discuss an extension," Lahm said. "This is definitely my last contract and I will end my career at Bayern Munich.

"That was always my wish and I'm delighted it has happened."

Mueller, reportedly a transfer target for a number of big clubs across Europe, remains convinced that Bayern is the right place for him.

"I'm delighted to have extended my contract until 2019 so close to the start of the World Cup," he said.

"The club convinced me that I'm in the right place and I have the feeling that I'm an important component in the club's plans.

"Bayern have been my club since 2000 and they will remain so for years to come."

Both players are also expected to play key roles in Germany's bid to end an 18-year trophy drought at the World Cup starting in Brazil this week.

The Germans open their Group G campaign against Portugal in Salvador on June 16 before matches against Ghana (June 21) and the United States (June 26). 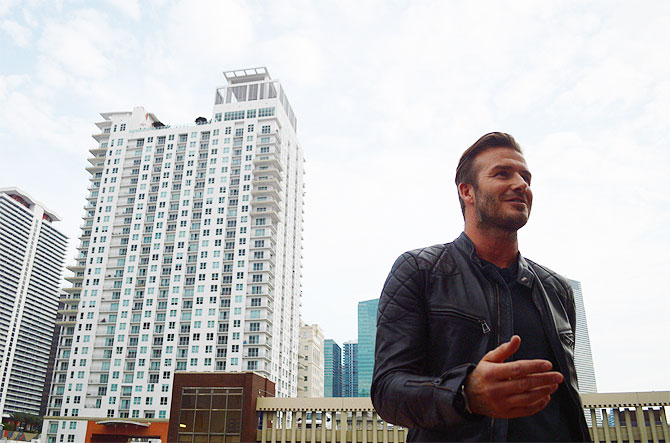 David Beckham's bid for a Major League Soccer team suffered a setback on Tuesday when the city of Miami rejected his plan to build a downtown waterfront stadium on a site next to the Miami Heat basketball arena.

The statement said Beckham's group would "spend the coming months weighing alternatives" in the city.

Beckham has traveled frequently to Miami in the last few months to explore the creation of an MLS franchise and has stressed the importance of a downtown stadium location. It was the second waterfront site proposed by Beckham's group to run into local resistance.

The group headed by the former England, Manchester United and Real Madrid star needs to ink a stadium deal before it can win final approval for the franchise from MLS, the top professional league in the United States.

Scrutiny of sports stadium deals has risen sharply in Miami after $500 million in public funding was spent to build a new stadium for the Miami Marlins baseball team.

The Miami Heat's arena deal with Miami-Dade County has also come in for public criticism as being too generous to the team, which is owned by Micky Arison, the billionaire owner of Carnival cruise line.

Beckham's group has agreed to finance a $250 million stadium with seating for 20,000 and to pay rent on publicly owned land.

Beckham's initial preferred site for the stadium, a plot of land near the Port of Miami, faced criticism from Royal Caribbean Cruises and others who argued the stadium would interfere with port operations.

Despite the setbacks, sources close to the Beckham project said the group is committed to building a stadium in Miami. Beckham's partners include Bolivia-born cellphone services billionaire Marcelo Claure and British entertainment entrepreneur Simon Fuller.