Sign in  |  Create a Rediffmail account
Rediff.com  » Sports » Bhupathi made London Olympics a real sad one for me: Paes 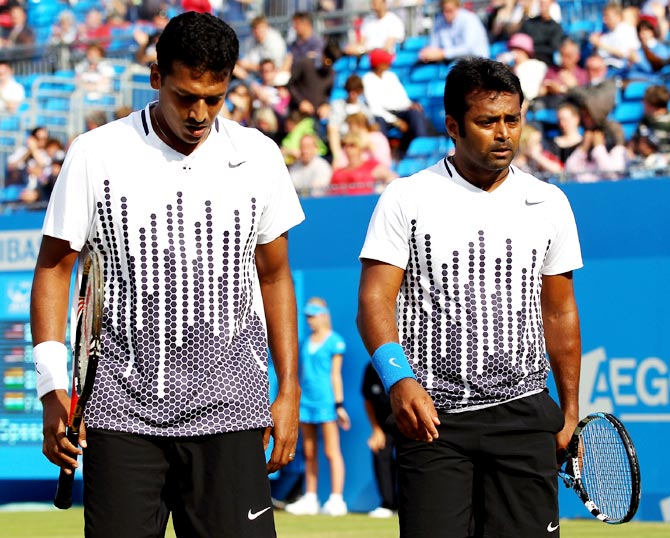 He might be in seventh heaven after receiving the prestigious Padma Bhushan honour, but tennis ace Leander Paes is still rankled by the selection furore prior to the 2012 London Olympics and holds former partner Mahesh Bhupathi responsible for making the Games a "real sad" outing for him.

The build-up to the London Games was marred by a selection row as players resorted to bickering. A can of worms opened up when Rohan Bopanna refused to partner Paes in the event, insisting on teaming up with Bhupathi.

"Mahesh was the reason the last Olympics in London was a real sad one for me. Not only did they not give me a chance to get a medal, India lost an opportunity to get a medal. That's something that's gone down in history," Paes said.

Asked if there is a possibility of pairing up with his former partner Bhupathi in future, the answer from the 14-time Grand Slam winner in doubles was an emphatic no. 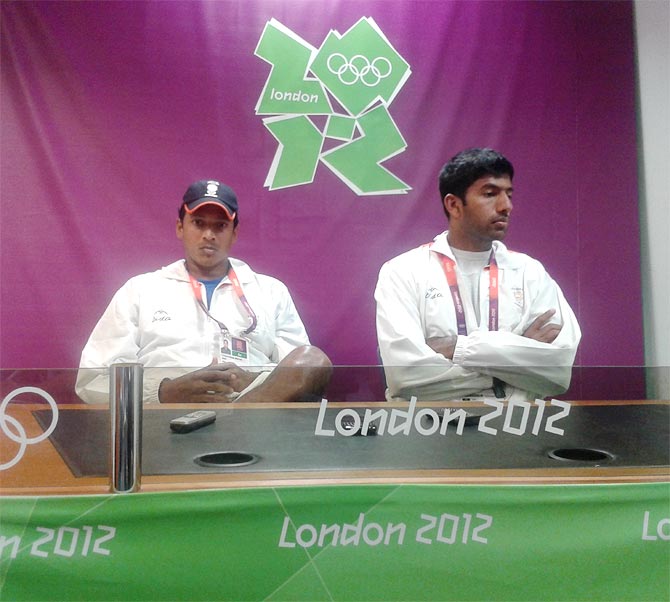 Image: Mahesh Bhupathi (left) with Rohan Bopanna speak to reporters after their exit from the 2012 London Olympics.
Photographs: Harish Kotian/Rediff.com

In the run-up to the London Games, both Bhupathi and Rohan Bopanna refused to play with Paes and insisted on being paired together. In a damage control exercise, the All India Tennis Federation paired Bhupathi with Bopanna and to appease Paes, paired him with Sania Mirza for the mixed doubles.

The AITA also nominated Paes, a bronze-medallist in the 1996 Atlanta Olympics in the men's singles event, and Vishnu Vardhan for the men's doubles event.

That bitter episode has left Paes even more motivated to play in the 2016 Rio Olympics.

"The one real goal that I have is to get to the 2016 Olympics in Rio, which will be my seventh Summer Games. Rio is only two years away and it is a realistic target. I am in the top 10 in mens doubles and the last Grand Slam I won was six months away. So for me is to keep the fire burning and to achieve glory is the long-term goal in sight," Paes, who will be 42 by the time the Rio Games kick off, told DD News. 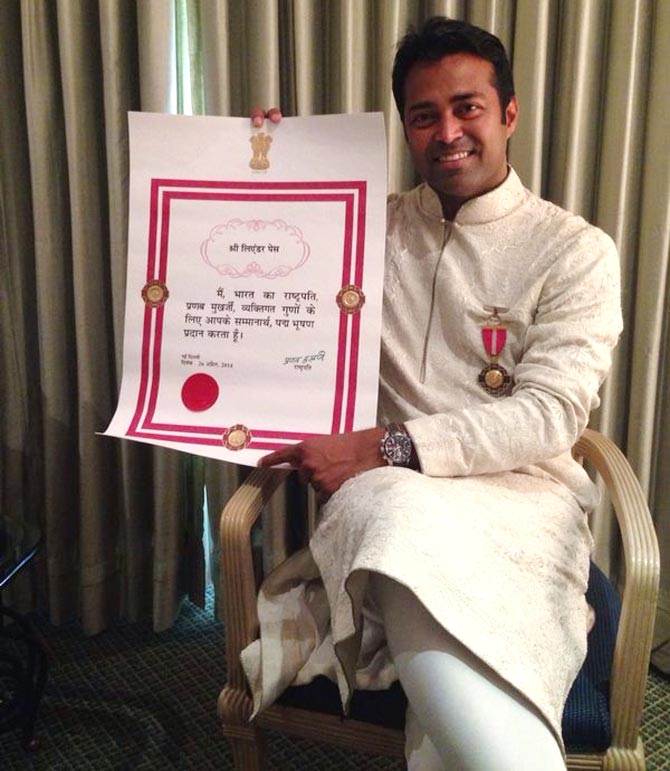 The veteran said he is ready to play in the Davis Cup tie against Serbia if called by AITA.

"As far as I am concerned I am always ready to play for the nation. If the call comes that I am needed for the Serbian tie and if the role needed is that of a player, or that of a captain, I would put my best foot forward."

"The call has to come from AITA that I am needed and I would offer my best for India. AITA runs tennis in India and If they feel that my presence would make a difference, I am there to be with the team in the tie against Serbia at home," Paes said.

While receiving the award at Rashtrapati Bhawan, Paes said he missed his daughter Aiyana though he was delighted to have his parents by his side.

"Aiyana is a very special child and I missed her today. She could not make it today and it hurts me that she is not by my side."

Talking about his latest award, he said, "It is a very, very special award for me because getting respected by the people, being recognised by the people, getting the award from the president for 30 years of hard work is something that has been a long road. The journey that has its share of ups and downs but all through it I have put my best foot forward."

Paes dedicated the award to his parents, daughter, and to all the fans "who have stood by me thick and thin". 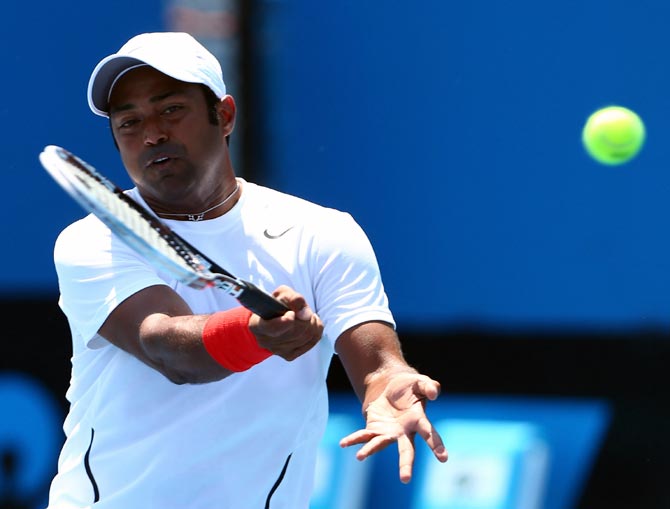 About the International Tennis Premier League mooted by Bhupathi, he said, "The tennis calendar is a packed calendar and to now fit in another event like this League, which is planned over 2 to 3 weeks, is a very hard one.

With the election season in full swing, he was asked if he is open to the idea of fighting elections.

"My whole life I have faced people. I have lived life in the fish bowl environment with my tennis. I am very clear about the way I conduct life and my profession. If the opportunity comes I am ready to face the people.

"I will face the people if the occasion arises with open arms on the transparent model I have lead my life. For me joining politics is an extension of setting the high standards that I have set on the tennis courts  as an Indian and human being. So if there is a knock I am not going to shy away from that."