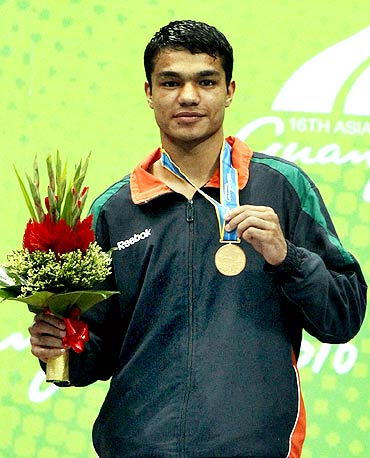 Vikas Krishan Yadav would baulk at the idea of paying to watch someone box like himself in the ring but the chess-playing Indian remains committed to his tried and tested "boring" technique to win an Olympic medal.

The 20-year-old lightweight is one of the four Indians to qualify for this year's London Games, where each of them will be hoping to add to the country's lone Olympic boxing medal, Vijender Singh's bronze at Beijing four years ago.

To emulate the middleweight Singh's success, Yadav believes he needs to persist with a style that may not please spectators but has proven effective for the 2010 Asian Games champion.

"I myself don't like to watch my bouts, it's so boring," Yadav told Reuters.

"I have to analyse my game and when I watch my bouts on my computer, I ask myself 'what is this? Is this how I box?'. I hardly throw any punches."
Tags: Krishan Yadav , Vijender Singh , Reuters , London , Beijing 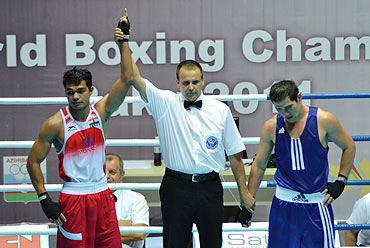 He would rather watch former English professional world champion "Prince" Naseem Hamed, who was renowned for his spectacular entrances and ringside antics.

"Among the Indians, (flyweight) Suranjoy Singh is very aggressive and exciting to watch," Yadav conceded while confirming he would not be abandoning his own trademark style.

"My strength is my defensive and boring game. I can bore my opponent who can get easily frustrated because at times, I'm neither scoring points, nor giving," he said.

"Somehow it works for me. It does not look great but winning is all that matters. If a defensive game does that, why should I bother?"

Outside of the ring, Yadav plays chess and feels the game shares many similarities to boxing.

"Both are about moves and both are mind games," he said. "Boxing is about outsmarting your opponent. Often whoever thinks better and smarter in the ring wins the bout."

'I cannot really rate my chances of a medal' 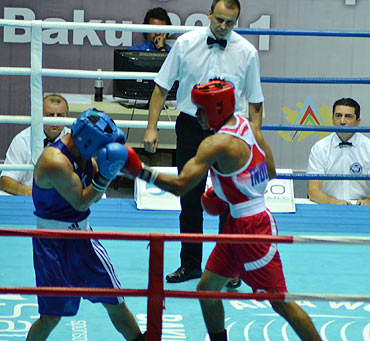 Image: Vikas Krishnan Yadav lands a punch on his opponent

Yadav, who excelled in the junior ranks, would not be drawn into predictions over his medal prospects in London but said he was leaving nothing to chance.

"This is my first Olympics, so I cannot really rate my chances of a medal but I'm fully satisfied with my training.

"I'm trying new punches in the three or four tournaments I'm scheduled to compete in before the Olympics. If these come off, I'll try them in London.

"I have been trying these single counter-punches in practice. I landed some and missed some. I'm working to better those I landed and discard those I could not."
Tags: London , Yadav
More
Source: